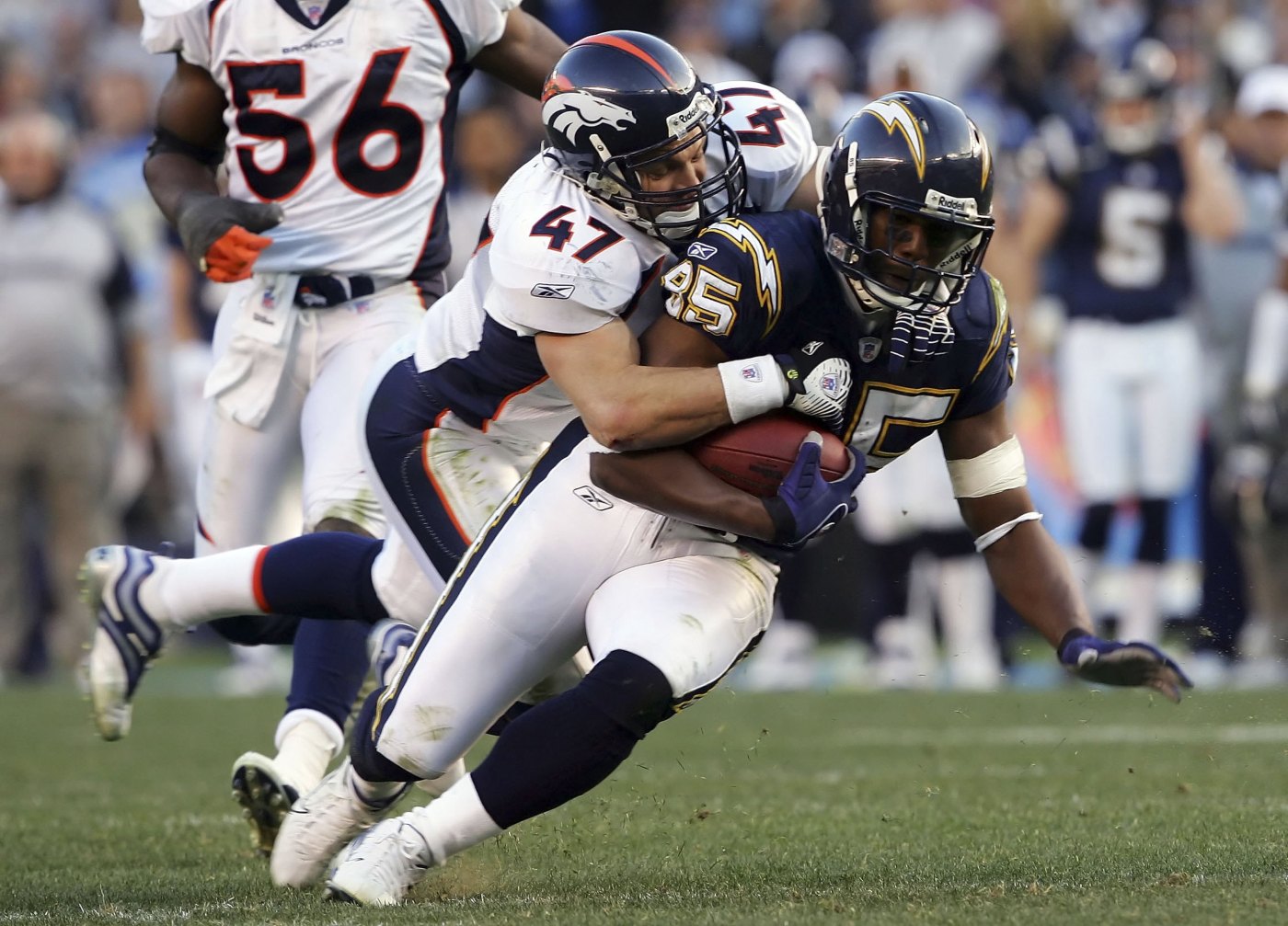 Antonio Gates, who became one of the most prolific tight ends in the NFL without playing a down of college football, announced his retirement Tuesday.

Gates spent his entire 16-year career with the San Diego and Los Angeles Chargers. His 116 touchdown catches are the most by a tight end in league history.

“I never dreamed that I would play this game of football so long or how fortunate I would be to play it with just one organization,” he said in a statement. “I want to thank the Chargers organization, Dean Spanos and the Spanos family, and the National Football League for the opportunity to live out a dream and play the game I love.”

Gates, who did not play this season, will join the Chargers front office as a legends ambassador. He is the franchise leader in receptions (955), receiving yards (11,841) and touchdowns. His 220 regular-season games are second. He had eight seasons when he had eight or more touchdowns and 21 multi-TD games.

Among tight ends, Gates’ receptions and yards are third, and his games rank fourth. He was a three-time selection to the All-Pro team as well being picked for the Pro Bowl eight times. He will be eligible for consideration for the Pro Football Hall of Fame beginning with the Class of 2024.

“He no doubt is one of the greatest tight ends to ever play the game. He is the master of a pivot three and a seven route. He ran all of the others pretty dang good also,” said Philip Rivers, whose 89 TD passes to Gates make them the most prolific QB-TE duo in league history. “He was so hard to cover that we had a ‘Gates Rule’ in the QB room. We would talk through the reads and the plays and they all had a ‘Gates Rule.’ It pretty much meant, if he is one on one, throw it there.”

Gates played football at Detroit Central High School. He originally went to Michigan State to play football and basketball but left when Nick Saban only wanted him to play football. He transferred to Eastern Michigan but would eventually end up at Kent State, where he led the school to the Elite Eight in the NCAA Tournament in 2002.

49ers-Packers is a tale of two quarterbacks, and it might not be a pretty one

Early this week, Rob Reischel, who contributes to Forbes magazine, checked in with a take that will not play well in the Aaron Rodgers Fan Club. “Not many people are giving the Green Bay Packers a chance in Sunday’s NFC Championship Game,” Reischel wrote. “The 49ers routed the Packers, 37-8, back in Week 12. San […]

Bay Area Preps HQ prides itself on getting its all-area football team done and published during the holiday season. But we’re a little late this time around. Instead of hustling to honor the stars of 2019, we put our end-of-year energy toward an all-decade team, which was posted on the Mercury News and East Bay […]

Richard Sherman is known to feed off bulletin board material. Just as he and the 49ers were putting the finishing touches on a 37-20 NFC Championship win over the Packers to clinch their place in the Super Bowl, a voice called out in the darkness offering him a bite. Darrelle Revis, a seven-time Pro Bowl […]