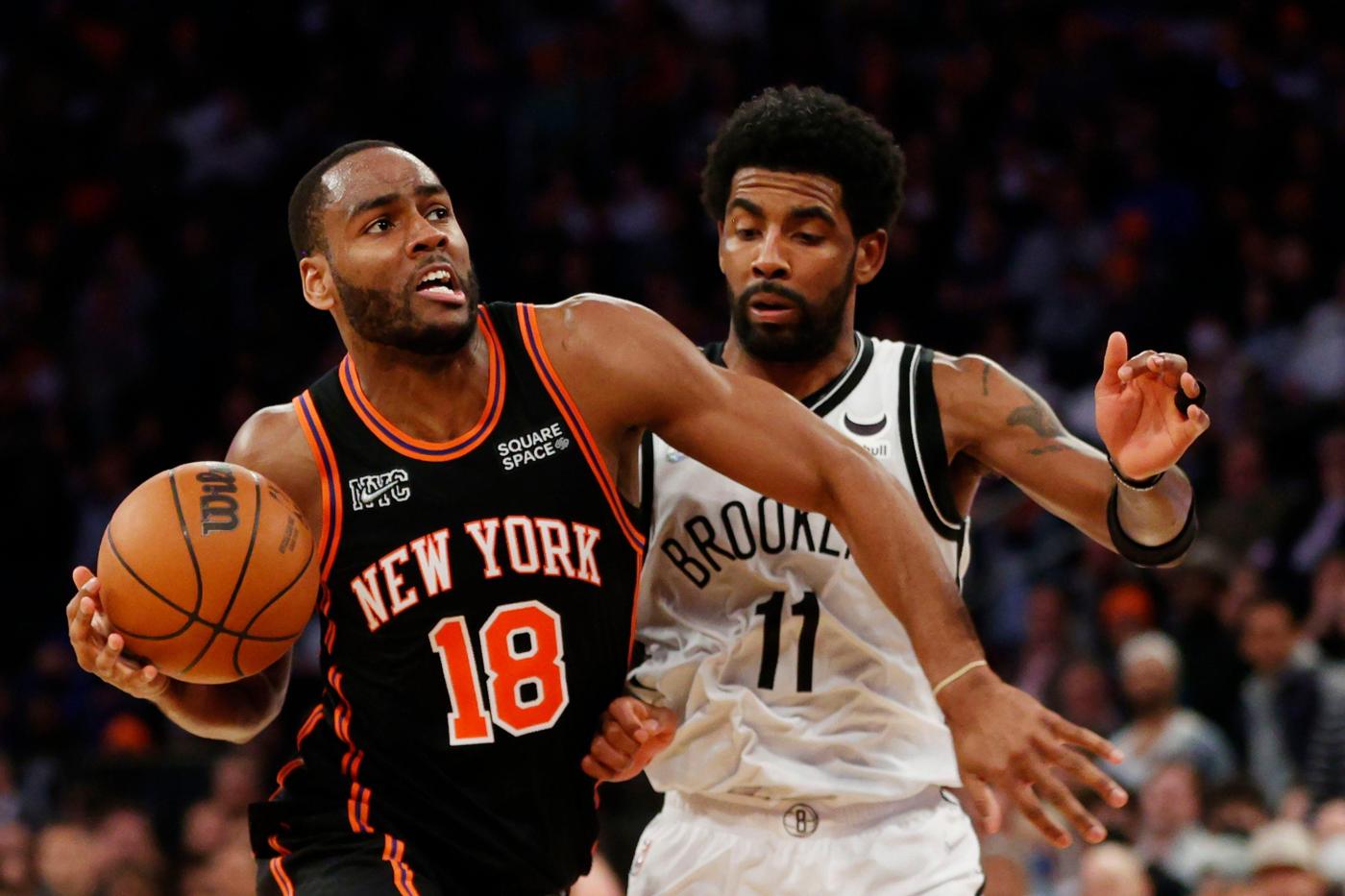 Alec Burks’ offseason started with left foot surgery and could end on another team.

The Knicks guard, a trade candidate around Thursday’s NBA draft, is expected to recover by training camp, sources confirmed. Although news of Burks’ surgery surfaced Wednesday, it occurred soon after the regular season ended in mid-April and the area had been bothering him for a while, a source said.

With Derrick Rose and Kemba Walker sidelined for most of last season, the 30-year-old Burks became the starting point guard and logged a career-high 2,318 minutes. He averaged 11.7 points and five rebounds but isn’t viewed as a longterm answer.

Burks is guaranteed about $10 million next season, which the Knicks are trying to unload for cap space to chase Mavericks guard Jalen Brunson in free agency, according to sources.

Among the other players the Knicks are attempting to deal – Nerlens Noel, Kemba Walker and Evan Fournier – Burks’ deal represents the easiest to shed. He also has a $10.5 million team option for 2023-24.

Still, according to league sources, the foot surgery has hurt Burks’ value in negotiations. It’s his third surgery to that area, with previous procedures done on his left ankle in 2015 and 2016. Sources around the league believe the Knicks will have to include draft capital or a prospect to reach the roughly $25 million in cap space to make a serious run at Brunson.

Either way, the Mavericks can offer more money and years to Brunson because they hold his Bird Rights. The big question is how high will Mark Cuban go for a player who only started to show star potential in this year’s playoffs.

Brunson’s father, Rick, was hired by the Knicks as an assistant coach.

Other possibilities for the Knicks include trading for point guard Malcolm Brogdon, who has been made available by the Pacers, or moving up in the draft to land Purdue guard Jaden Ivey.

The Chicago Bears will open training camp July 26 at Halas Hall in preparation for their first season under coach Matt Eberflus. The camp schedule from the team includes 11 public practices that require a free ticket. That doesn’t include the annual Bears Family Fest at Soldier Field, scheduled for Aug. 9 with ticket information […]

To the surprise of nobody at all, Aaron Boone is happy that his best player came to a salary agreement without needing an arbitration hearing. “I’m pleased,” Boone grinned in Friday’s pregame press conference. “Getting that news today, yeah I was excited about it. I’m excited that that’s behind us. We can leave that portion […]

The Chicago White Sox had a solid recent history on their side against the Baltimore Orioles, but they never had to face off against Adley Rutschman. The Orioles rookie catcher had Sox starter Johnny Cueto’s number Thursday night, tagging him for a two-run homer in the fourth and an RBI double two innings later to […]