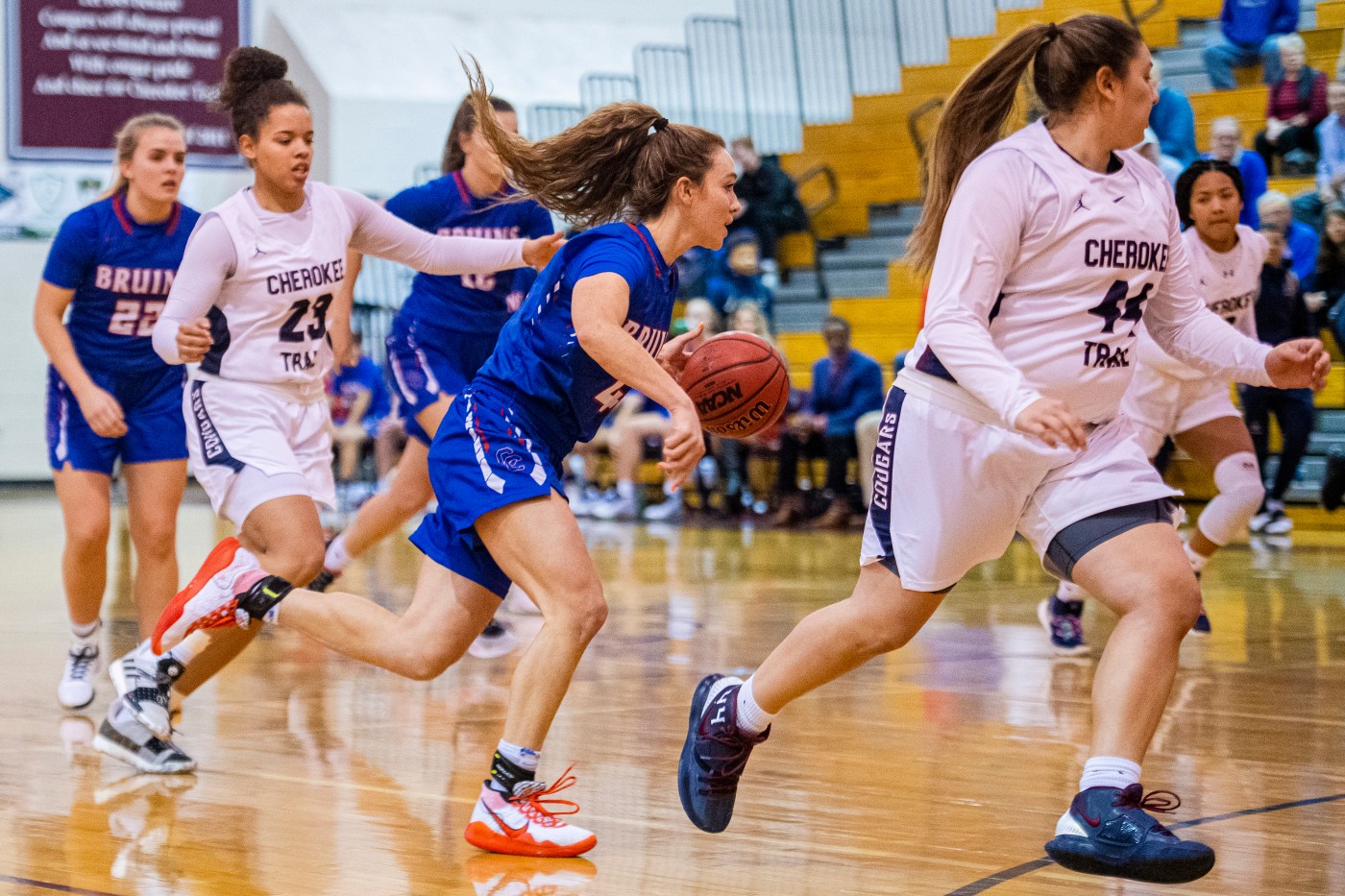 Long before Jana Van Gytenbeek hit the game-winning, floating bank shot in the waning seconds of the Class 5A championship last year, the point guard was already forecasting her basketball prowess. On a random court in the mountains. At age 7.

Van Gytenbeek was on winter break with her family in Buena Vista at the time. She, her older brother Carter and her father, Tony, shoveled snow off the cracked concrete court at a nearby elementary school, and Van Gytenbeek went to work schooling Carter, then 12, on the art of shooting.

“Their court was practically in the middle of nowhere, mountains all around, and the wind’s really blowing, too,” Carter recalled. “I’m making shots, getting a little hot, and she’s making shots, matching me shot-for-shot through the wind and the cold and a rim that made you miss if you hit it.

“That’s when I started to know she was going to be really good. Like, really, really good.”

The reigning Class 5A player of the year, a Stanford commit, is averaging 17.9 points and 6.6 assists for the top-ranked Bruins. A year ago, as a junior, she averaged 18.1 points per game for Cherry Creek, which went through the final stages of the state tournament in a rare underdog role.

Cherry Creek’s 51-49 win over favored Grandview in the title game, with Van Gytenbeek’s iconic shot the difference, cemented the Bruins’ first-ever girls basketball title. For the Bruins to add to the program’s legacy again this year, Van Gytenbeek must shoulder an even larger burden alongside fellow starters Kacee Kyle, Abby Wrede, Carly Thompson and Cali Clark.

“Jana’s had to take on more of a leadership role, because even though (graduated senior) Bella Sparaco wasn’t a huge scorer for us, she was the vocal leader for us and the toughness and the grit of the group last year,” Bruins coach Clint Evans said. “And since Jana’s always come up big in big situations, that standard has become expected.”

Van Gytenbeek’s teammates say she’s handling those expectations well, and has become an even better distributor as teams have focused their defensive gameplans to shut her down.

“She has a lot of pressure on her, which she takes on fantastically, especially after hitting that shot last year in the title game,” said Cali Clark, a CSU commit. “There’s also the expectations that come with being a Stanford commit. She’s handling it all well.”

Van Gytenbeek comes from an athletic family. Carter played baseball at Army, and Tony played baseball at Regis University. Plus, oldest sister Kyli Hanson played softball at Yale, while her mom, Carol (nee Yorkey), was inducted into the Colorado Slowpitch Hall of Fame.

Topping off that genetic pedigree is Van Gytenbeek’s humble focus. Even with her already-impressive basketball resume — which includes being on the third-place finish in the USA Women’s 3-on-3 U18 National Championship last spring – Van Gytenbeek said she’s focused on players who are better …read more

A person with direct knowledge of the plans confirmed to The Associated Press that women’s national team players representing the United States and Canada will compete in a three-on-three event at the NHL All-Star game in two weeks. The person spoke to the AP on the condition of anonymity Monday because the NHL isn’t scheduled […]

SANTA CLARA — Familiarity breeds contempt? Not when it comes to the Minnesota Vikings. Coach Mike Zimmer has managed to do something remarkable in building one of the NFL’s most consistent defenses. In a salary cap era where it’s routine for teams to break apart every few years as players achieve their second contracts, Minnesota […]

For the players, the ache left behind after the sort of late collapse suffered by the Colorado Buffaloes on Sunday often can only be soothed by getting back on the floor and taking it out on the next opponent. For coach Tad Boyle and his staff, however, a slower week with only one game to […]