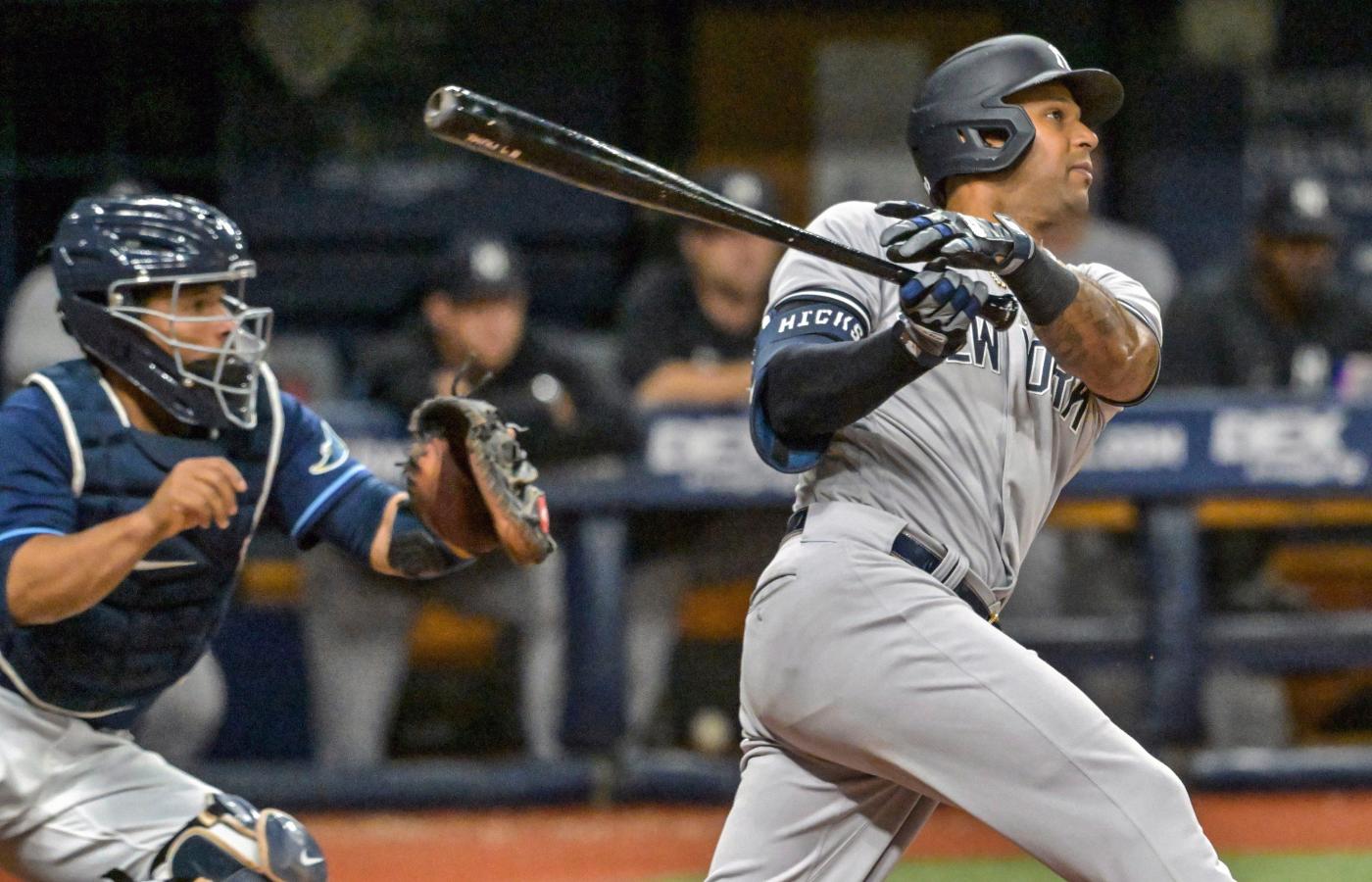 ST. PETERSBURG — Aaron Hicks sat at home last year just watching baseball. After undergoing wrist surgery, Hicks was shut down in May and all he could do was watch his teammates play.

“I had basically a year off, not playing baseball,” Hicks said. “I was at home watching baseball. When I came back, I don’t want to watch baseball anymore. I want to play it every single day. That’s what I want to do.”

Hicks may finally be returning to form after that year off. Monday night, Hicks had the go-ahead triple in the Yankees’ 4-2 win over the Rays at Tropicana Field.

“When he really hones it and gets those pitches out over the plate,” center fielder Aaron Judge said, “he does a lot of damage on them. It’s just him trusting his swing and doing what he does.”

That comes from weeks of taking extra batting practice and working with hitting coach Dillon Lawson. They focused on getting Hicks to use the middle of the field to right field more and getting more of a launch angle on his hits.

With one out and Josh Donaldson on first base, Hicks lifted a changeup from Rays’ reliever Jason Adam to the right-field wall, which got over the glove of Manuel Margot for the triple. Margot was injured on the play and Hicks said it was a mix of emotions. He needed a big hit like that, the Yankees had just blown a lead and now we’re back in control, but Margot was carted off the field too.

It has been a few games now where Hicks has started to look like the guy the Yankees signed to a seven-year, $70 million extension in the spring of 2019. He had a double and drove in three in the Yankees’ romp over the Blue Jays on Friday. He then had a single off Toronto’s tough closer Jordan Romano in the ninth inning Sunday as the Yankees rally fell short.

“I thought that the at-bat against Romano, who’s a really tough at-bat for a lefty, to give us a chance there in that game was really good.  And then a really tough at-bat off of Adam there following JD [Monday night],” Yankees manager Aaron Boone said. “He’s worked really hard to try and get himself going and he’s gotten some big hits for us here and certainly [Monday night] was huge.”

He is still battling to find his spot in the outfield. Playing center …read more

In return to spotlight, Ravens QB Lamar Jackson answers some questions — and raises others

At his first news conference in over five months, Ravens quarterback Lamar Jackson spoke for about 10 minutes. He took nearly 40 questions from reporters Thursday as a handful of Ravens officials, including team president Sashi Brown, looked on. He joked about his new restaurant’s name. He marveled at rookie center Tyler Linderbaum’s speed. And […]

When* the Colorado Avalanche hoist the Stanley Cup Friday night, plenty of Coloradans will hoist their own celebratory cups, too. Denver Police are just asking that people who raise their adult beverages to stay away from steering wheels and for all revelers to keep their euphoria more celebratory, and less riotous. “While this is an […]

The Orlando Magic once again dipped into the University of Michigan pipeline, picking Caleb Houstan at No. 32 in the second round of the NBA draft on Thursday. The 6-foot-8 forward averaged 10.1 points, 4.0 rebounds and 1.4 assists per game in his freshman year for the Wolverines. “He does a lot of things that […]