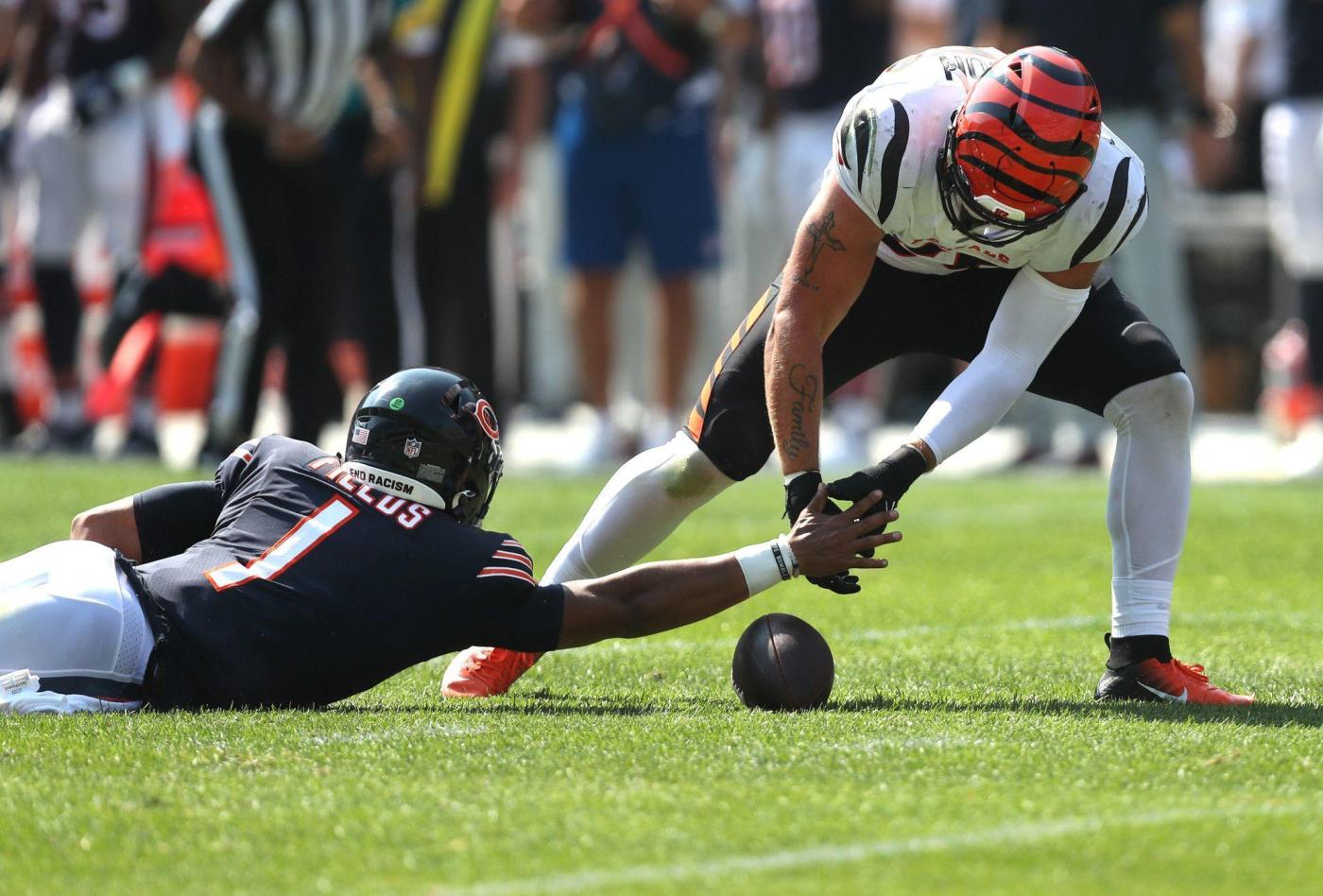 For much of the NFL, the game Sunday between the Chicago Bears and Houston Texans at Soldier Field is an afterthought, a clash between two bottom-tier teams, each with new coaches and scrapping to make the steep climb back toward relevance. But there’s still plenty of intrigue folded in as the Bears look to improve to 2-1 under Matt Eberflus and determined to prove last week’s 17-point rivalry loss to the Green Bay Packers was a small speed bump in their growth process. Former Bears coach Lovie Smith, meanwhile, brings his Texans to Chicago with plenty of hunger after they tied the Indianapolis Colts in Week 1 and were edged 16-9 by the Denver Broncos on Sunday.

As kickoff approaches, here’s our snapshot look at Sunday’s game.

By now, you know the attention-grabbling numbers from last week’s loss to the Packers. The Bears attempted only 11 passes, completed seven and managed just 48 net passing yards. Through two weeks, they have an NFL-worst 153 passing yards.

Still, as anxiety mushrooms in the outside world, Getsy has been measured with his assessment. For starters, he stressed Thursday, the Bears ran only 41 plays in Green Bay and called 19 pass plays. Three resulted in sacks. Another three led to Fields scramble runs. Two others were interrupted by sloppiness or confusion at the snap.

So fear not, Chicago, Getsy has not put his offense into a time machine back to the 1940s.

“You have to look at each opponent and say, ‘OK, here’s where you have to take advantage of them. Here’s what you have to stay away from,’” Getsy said. “To me, that’s what I want (this offense) to be. Whatever that means — if it’s 50 (percent) throws, 50 runs — I don’t really care. It’s about winning. It’s about giving us the best chance to win.”

On the bright side, the Bears not only committed to their running game last week, they had great success with it, chewing up 180 yards on 27 rushes. That’s something to build on and should open up opportunities in the play-action game.

The next step is finding greater balance and capitalizing on opportunities to make game-changing plays. To that latter quest, the Bears were shaky with the details on more than a few occasions against the Packers and paid the price, unable to hit on several big-play chances because of imprecise routes or poor blocking or improper awareness.

Said Getsy: “That’s part of this process. We’ve talked about it. The way we approach our walk-throughs and … practices, we have to approach it like those are game situations so the details feel easier when you get to the game.”

The next test comes Sunday.

2. Players in the spotlight

The clash between second-year quarterbacks Sunday might boil down to which player takes better care of the ball. With two similar defenses that both preach the need for takeaways, Fields and Mills must understand how to avoid game-changing mistakes.

The No. 13 Miami Hurricanes (2-0) will face a new starting quarterback Saturday night in College Station, Texas, according to published reports. Texas A&M (1-1) will name LSU transfer Max Johnson as the starter, according to multiple reports, including ESPN. In the Aggies’ 17-14 upset loss to Appalachian State last weekend, quarterback Haynes King managed […]

Aaron Judge not taking day off from home run chase, back in lineup Wednesday against Blue Jays

Apparently, there are no days off when you are chasing history. Despite Tuesday night’s champagne showers celebrating an AL East division title, Aaron Judge is back in the lineup Wednesday as the DH with home run No. 61 in his sights. Judge will bat lead off for Aaron Boone’s Bombers. Since mashing home run No. […]

Defensive additions add up. If there’s one thing that has gone right early on this season, it’s the play of the Broncos’ two big offseason additions on defense — DL D.J. Jones and OLB Randy Gregory. The former made a spectacular open-field tackle on a third-and-short sweep from Dameon Pierce that shut down the Texans’ […]