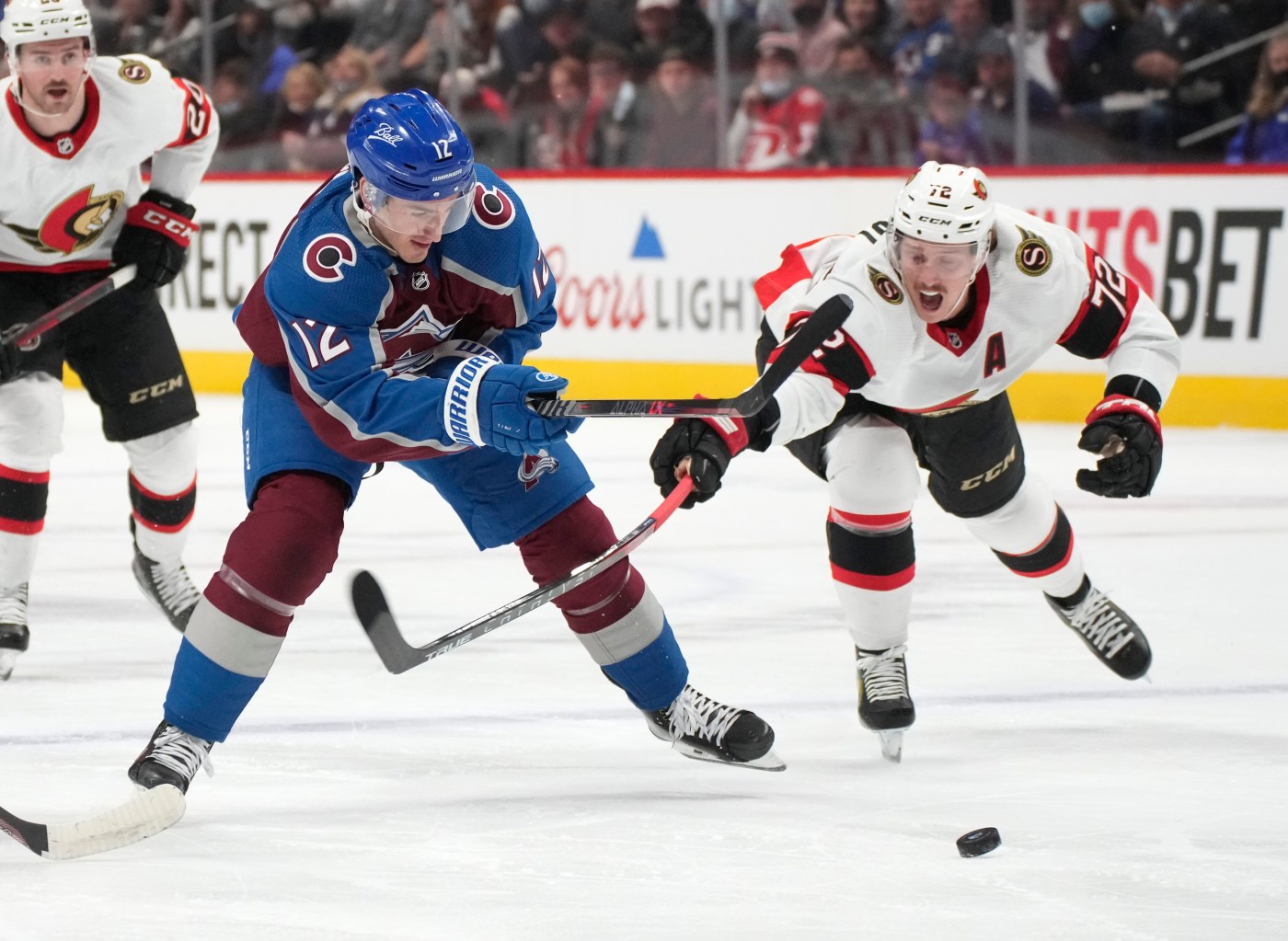 Behind red-hot scorers Nazem Kadri (goal, three assists, plus-4) and Cale Makar (two goals, plus-2), the Avalanche (9-5-1) on Monday rallied in the third period to avoid what would have been a surprising defeat and downed the Ottawa Senators 7-5 at Ball Arena.

Opportunistic Ottawa (4-12-1) was coming off a weeklong COVID shutdown, and despite being outshot 30-14 in the second and third periods and 40-21 overall, the Senators made their shots count against Avs goalie Darcy Kuemper (15 stops, .750 save percentage).

It was Colorado’s fifth-consecutive victory — a stretch coinciding with the injury absence to star center Nathan MacKinnon — and it’s the NHL’s longest current winning streak.

Offense from defensemen. Makar, the Avs’ top-pair defenseman with Devon Toews, has five goals in three games and he’s the first Avalanche D-man to ever score twice in consecutive games. His seven goals on the season are the most among any NHL defenseman and his nine shots against the Sens were most by a Colorado defenseman since Erik Johnson in 2016.

“Just finding the right spots right now,” Makar said. “This isn’t going to go on forever so just might as well take it all in while it’s happening.”

Toews scored Colorado’s third goal for a 3-2 lead and the 17 goals from Avs defensemen on the season are tops in the league.

All-around goals galore. The Avs have scored 31 goals in their five-game winning streak (6.2 average), including producing seven three times. They now lead the league in goals-per-game (4.00) — despite MacKinnon only having one in the eight games he has played.

Kadri. The pending 2022 unrestricted free agent has been a points-producing machine before and during MacKinnon’s absence. He extended his points streak to nine games, tying his career-best from 2017 when he was with Toronto, and his 23 points on the season rank fourth in the league behind Edmonton teammates Leon Draisaitl (35) and Connor McDavid (32) and Washington’s Alex Ovechkin (30).

“His stick is magic right now,” Avs coach Jared Bednar said of the 31-year-old Kadri, who is just nine points shy of what he produced in 56 games last season.

David Furones, Dolphins Writer Another dominant effort by this Dolphins defense, which was expected against the ailing Giants and backup quarterback Mike Glennon. Tua Tagovailoa again did enough to win and didn’t make any crucial mistake. Miami continues to keep itself in the playoff conversation. Keven Lerner, Assistant Sports Editor The Dolphins, on fire with […]

In the span of the past two months the Miami Dolphins have transformed from one of the NFL’s worst teams to one of its hottest. Miami’s 20-9 victory over the New York Giants on Sunday wasn’t pretty, but the outcome extended the Dolphins’ winning streak to five games. Here are some more takeaways from Sunday: […]

The Ravens are slight home favorites over the Cleveland Browns ahead of their “Sunday Night Football” matchup, according to Las Vegas sportsbooks. In a matchup of the AFC North’s first- and last-place teams, the Ravens (7-3) are favored by four points. Both are coming off narrow wins Sunday, with the Lamar Jackson-less Ravens rallying late […]