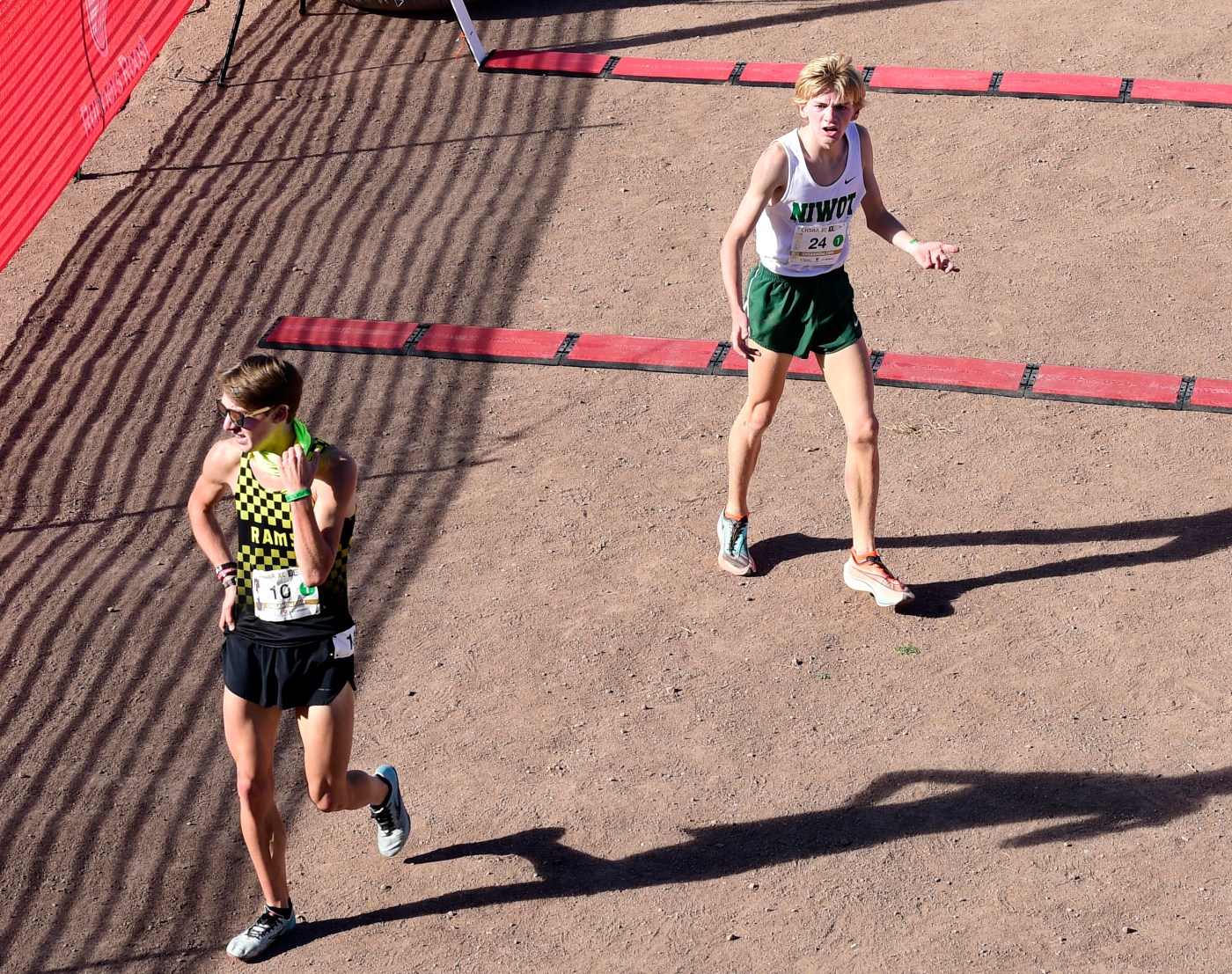 COLORADO SPRINGS — Bethany Michalak began the cross country season at Air Academy with no expectation to win a state title. She’s just a freshman. And the Class 4A girls’ field was stacked.

However, as Michalak came down the final stretch toward the Norris Penrose Events Center here Saturday, she emerged as potentially Colorado’s next truly elite high school distance runner — crossing the finish line in 17 minutes, 59.1 seconds to claim the individual championship.

“It’s incredible,” Michalak said through her mask after the race. “I don’t think I’ve fully processed it.”

Schwartz understood the sort of talent his team added when Michalak joined the roster. Her love for cross country began at an early age, and when she joined a club team in third grade her dedication only intensified. In December 2018, at the USATF National Junior Olympic cross country championships, she placed first in the country among girls between ages 11 and 12.

“She came into our program with credentials,” Schwartz said. “She just has a real supreme work ethic. We knew she had a shot (to win state) all throughout the season. There’s such high-quality competition that you just never know until it’s race day.

“She has a real competitive heart. I see a level of maturity that you don’t always see with kids and just a natural instinct for it.”

Michalak backed up the hype in September at the Cheyenne Mountain Stampede meet, also hosted at Norris Penrose, when she clocked a blazing 5K in 17:27.5 — a time that would have set a Class 4A state meet record by 12 seconds.

Michalak fell short of history Saturday. No sweat: “I have three more years,” she said.

Michalak added that her teammates have been “so supportive and they push me.”  The Air Academy girls placed third in the 4A team standings, behind runner-up Battle Mountain and state champion Niwot.

“I’ve just been putting in the work to get to where I am today,” Michalak said, “and even farther in the future.”

Green Mountain senior Graham Tuohy-Gaydos and Niwot junior Zane Bergen battled for position in the final 200 meters on Saturday when the pair collided during a controversial finish.

Tuohy-Gaydos led the race with Bergen directly behind him when it appeared Tuohy-Gaydos slowed down and collided with Bergen — who fell directly to the dirt. Tuohy-Gaydos crossed the finish line first, but upon further video review by CHSAA officials, he was disqualified.

Bergen, who got up from his fall and finished the race in second, was later awarded first place. Niwot also took home the team championship.

“I knew it was going to be a little bit physical for the entire race,” Bergen said. “I know Graham was trying to keep the front, and coming into that last little bit, I knew I was going to have to take a way around him. It just didn’t work out.”

Stop your belly-aching, Broncos Country. The NFL did the right thing for the game of football, even if it wasn’t the best thing for Denver. The coronavirus, which laughs at all our best-laid plans, has moved the Broncos-New England game from Sunday to a late Monday afternoon matinee. With kickoff set for 3:05 p.m. in […]

Game Balls Brandon McManus, Broncos K — Some people perform better on a contract year. Others do so with piece of mind. Brandon McManus is very much the latter. Given a contract extension at the start of this season, the veteran kicker has been nothing short of brilliant, with Sunday’s 6-for-6 effort (including kicks of […]

Zack Greinke says he prefers playing without fans in ballparks

SAN DIEGO — Houston Astros pitcher Zack Greinke said he’s enjoyed playing games without fans during the pandemic-shortened season and in the playoffs. “I don’t really notice fans when the game’s going on, but warming up and practice before games, I mean for me it’s nice not having fans in the stands,” Greinke said Tuesday […]