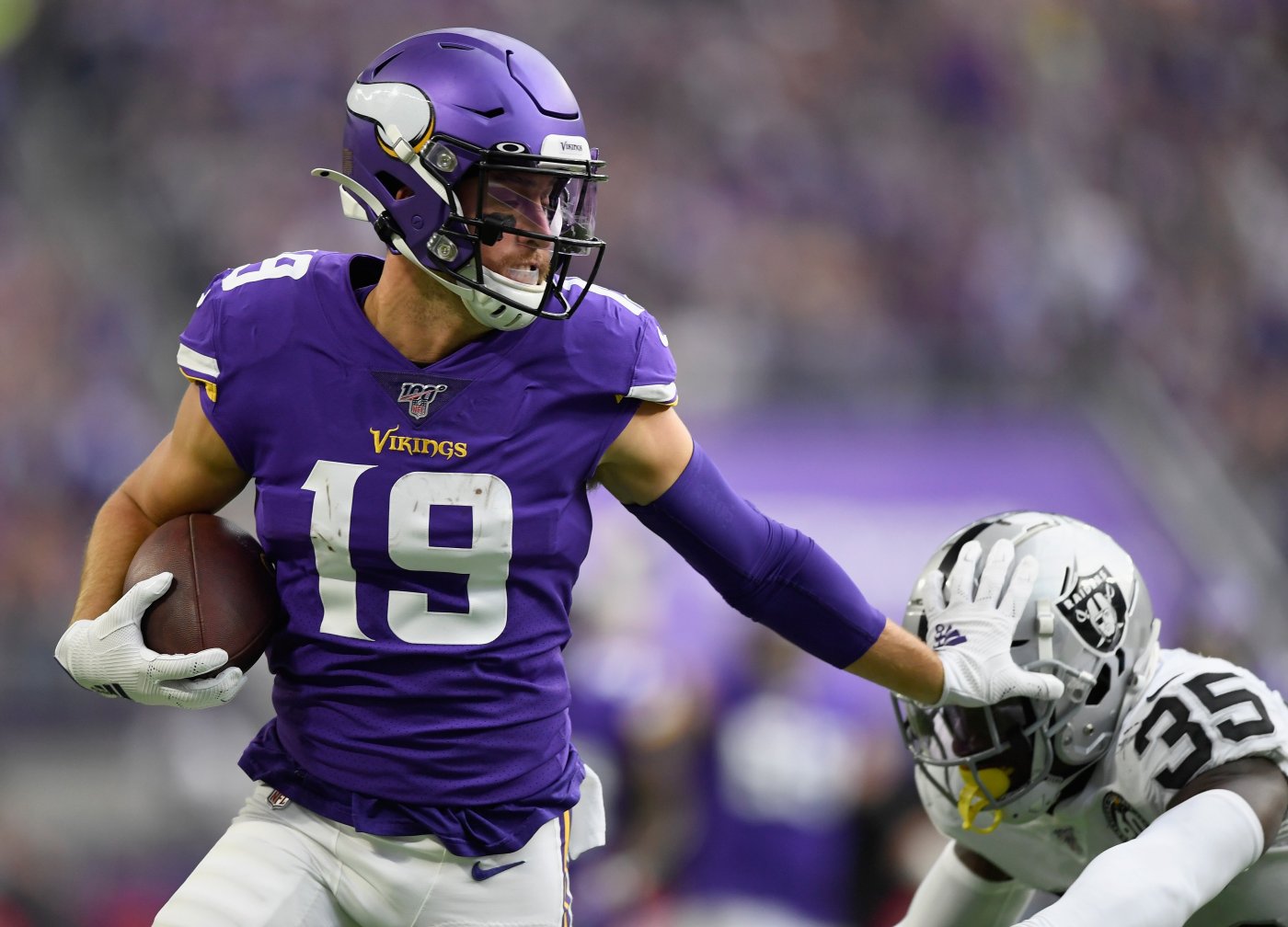 How much time he will spend on the field is an open question.

Thielen collided with a teammate during practice on Wednesday and his left ankle paid the price, according to NFL.com’s Ian Rapoport and Tom Pelissero.

A cleat from the teammate drew blood from Thielen.

“Blood was quickly present,” NFL.com reported, “and the immediate fear was that he’d torn his Achilles. While players showed signs of panic, the Vikings had a doctor on site who was brought quickly onto the field to handle the situation. When Thielen’s heel was sufficiently numb and the doctors were checking him out, the first thing he did was reach down and grab his Achilles to make sure it was intact. When he felt around and knew there was no tear, he felt relief.”

Thielen averaged 1,205 receiving yards and six touchdowns from 2016-18. He gained only 418 yards this season because of a hamstring injury that held him out of six games. He caught seven passes for 129 yards in the Vikings’ playoff victory over the Saints last weekend.

“Just trying to get as close to 100 percent physically as I can, and then let it ride,” Thielen told NFL.com. “We’ll see. We’ll find out on Saturday.”

Thielen’s ankle was a hot topic of conversation on ESPN’s pregame coverage Saturday.

“He’s been in a walking boot since Wednesday,” Chris Mortensen reported. He’s expected to play with extra padding and wrap and certainly they will monitor (him) during this game.”

5 details that will determine the outcome of Vikings-49ers

49ers’ Kyle Shanahan has an advantage on most head coaches; a Super Bowl-winning father checking his work

Reporting from Levi’s Stadium on Saturday morning, ESPN’s Dan Graziano said, “Vikings people I’ve talked to aren’t sure how much that’s going to keep him from maybe being 100 percent here today. He’s listed as questionable.

Speculation surrounded Marcus Semien’s future with the Oakland A’s. Would the organization take the extension plunge? At the peak of his career (so far), was a trade on the horizon? Or, in the final year of arbitration eligibility, would the 30-year-old shortstop demand and settle for a hefty one-year contract? The first two options seemed […]

Focus on Minnesota: Cousins has become the quarterback Shanahan thought he’d be

It took a while, but we may have finally gotten a glimpse of what Kyle Shanahan has seen in Kirk Cousins all these years. Cousins shook off his reputation for not delivering in the big games by coming through in the biggest way, coolly leading the Vikings to a 26-20 overtime victory in New Orleans […]

49ers vs. Vikings: Studs and duds

SANTA CLARA — Here is how the 49ers’ playoff opener is unfolding through the first half against the Minnesota Vikings at Levi’s Stadium: STUDS: QB Jimmy Garoppolo: His first career playoff start began with a touchdown drive, and it came on the 49ers’ first postseason possession since Colin Kaepernick’s end-zone interception in the 2013 NFC […]