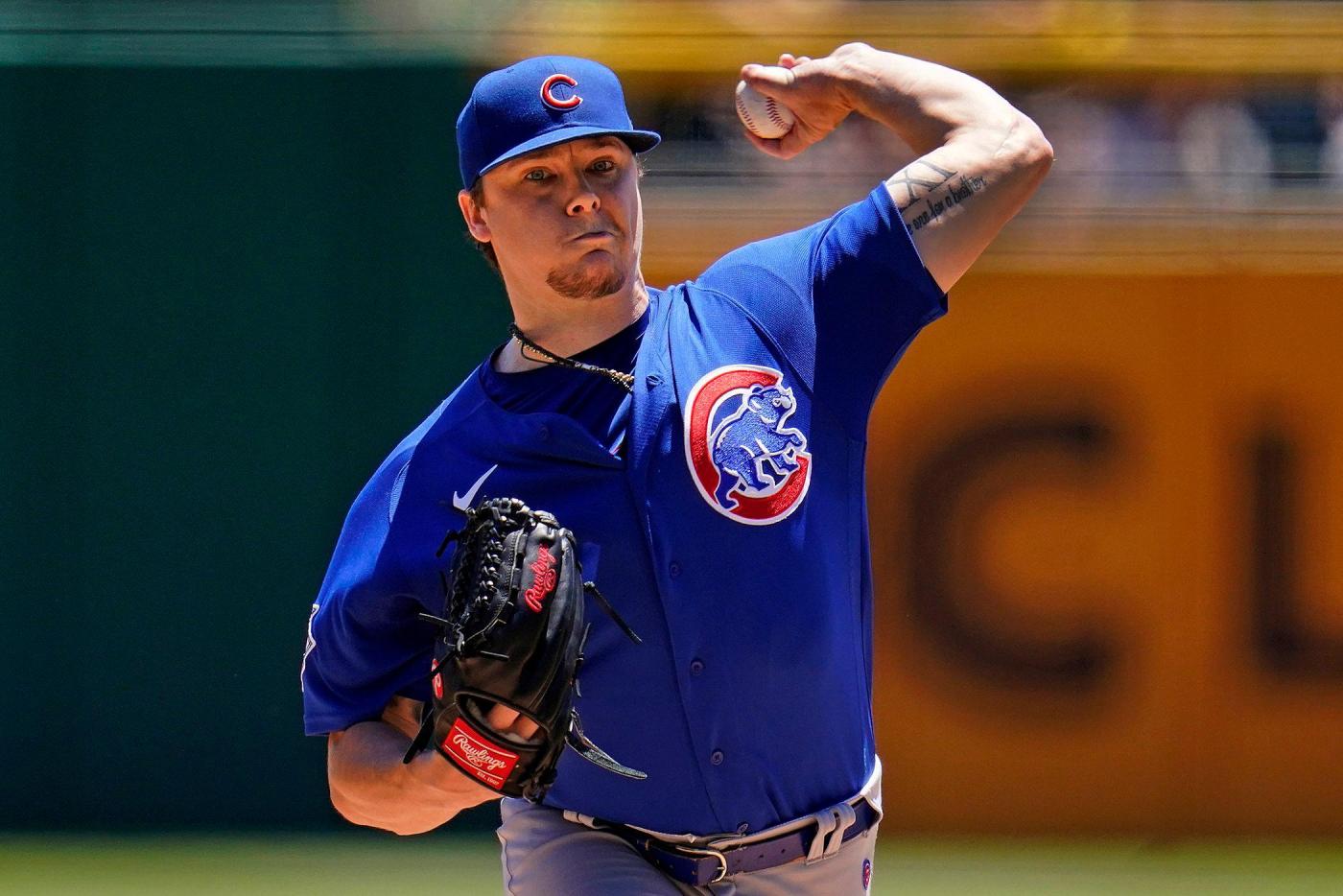 Any momentum the Chicago Cubs built coming off a series win against the defending World Series champions quickly evaporated.

The Cubs lost for the 14th time in 18 games Thursday, falling to the Pittsburgh Pirates 8-7 in the finale of a four-game series.

A five-run rally in the eighth inning positioned the Cubs to earn a series split when pinch hitter Alfonso Rivas delivered a two-out, two-run single to give them a one-run lead. But the comeback attempt didn’t even last a pitch. Michael Chavis took right-hander David Robertson deep for a tying home run, and the Cubs ultimately lost on a walk-off bloop single in the 10th.

In a scary moment one pitch into the bottom of the first, Cubs trainers trekked to the bullpen because of an apparent medical issue. Cubs bullpen coach Chris Young became lightheaded during the inning, prompting a visit from trainers, including medical staff from the Pirates, and a six-minute delay in the game.

Young went to a hospital, was checked out and is going to be all right, manager David Ross said after the game. Ross appreciated the umpires’ and Pirates’ patience.

“Down in the bullpen you don’t know if it’s a player or a coach, kind of stopped everything — you see the worry on people’s faces,” Ross said. “There’s just a lot going on. The medical staff was on top of it.”

The Cubs (26-44) head to St. Louis with the fifth-worst record in baseball. Here are three thoughts on the state of the team.

The right-hander was one of the best stories coming out of spring training.

The 24-year-old rookie’s camp performance earned him a spot on a major-league roster for the first time in his career behind a nasty slider. Roberts landed on the injured list in late April with right shoulder inflammation but was working toward rejoining the Cubs when his season took an unfortunate turn. He departed his first rehab appearance with Triple-A Iowa on Sunday after throwing one pitch and signaled in pain for a trainer.

An evaluation revealed a torn ulnar collateral ligament. Roberts needs season-ending Tommy John surgery. The procedure has not yet been scheduled.

“Even going back to the last calendar year, what he did to put himself on the map and the reason we put him on the 40-man in the offseason because we believe in him and what he can do, and I think he showed really good glimpses of that early in the year,” pitching coach Tommy Hottovy said. “It’s just unfortunate that he didn’t get the opportunity to really show us what he can do over the course of the year. It doesn’t change anything. We believe in him.

“And no matter what happens the rest of this year, that moment in the dugout in spring training when we told him he made the team, it’s one of those things you’ll never forget.”

Yankees third baseman Josh Donaldson, while playing in the house that Ruth built, was living in a house of horrors, according to a lawsuit filed Friday. Donaldson, in a nine-page complaint filed in Connecticut Federal Court, alleges the $55,000-a-month Connecticut rental property where he relocated before Opening Day with his pregnant partner and their 17-month-old […]

TORONTO —  Luis Severino is ready to pitch again. After being scratched from Thursday’s start with a fever and chills, Severino was cleared from the COVID injured list in time to make the flight here and will pitch on Sunday. “So we’ll pitch him Sunday. Gerrit (Cole) will bump to Monday in Tampa,” Yankees manager […]

Alfonso Soriano doesn’t get a chance to watch many Chicago Cubs games in his Tampa, Fla., home, but he’s seen enough of Chicago Cubs rookie Christopher Morel to know the rookie has a promising future. “Oh man, I’ve seen him and he’s got a lot of talent,” Soriano said Wednesday while treating his son Allen’s […]