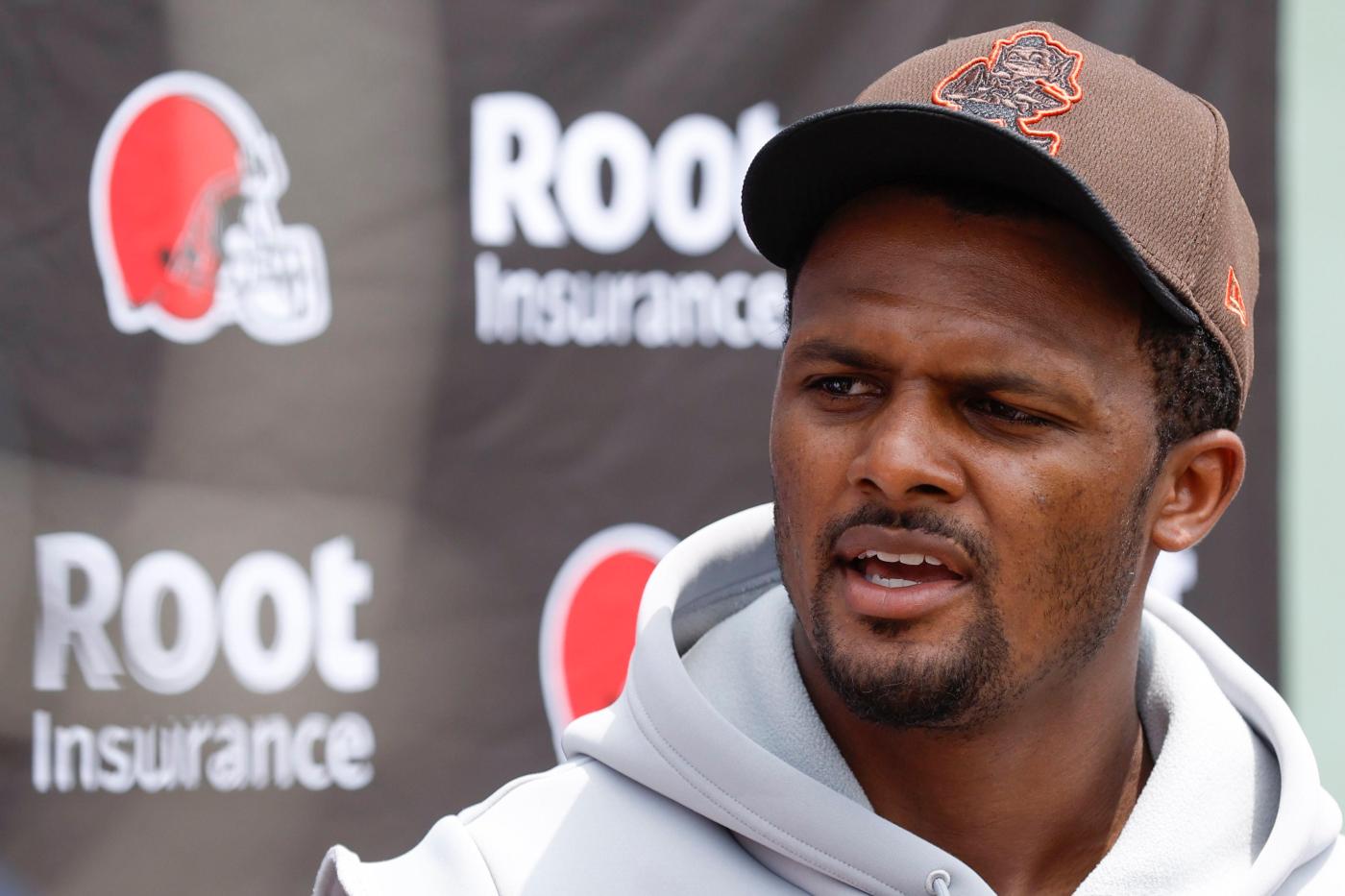 NFL star Deshaun Watson has reached confidential settlements in 20 of the 24 sexual misconduct lawsuits filed against him.

The announcement came Tuesday from Tony Buzbee, the lawyer representing the plaintiffs.

“Today I announce that all cases against Deshaun Watson, with the exception of four, have settled. We are working through the paperwork related to those settlements,” Buzbee said in a statement. “Once we have done so, those particular cases will be dismissed. The terms and amounts of the settlements are confidential.

“We won’t comment further on the settlements or those cases.”

Watson has been accused of sexual misconduct by 24 women working as massage therapists while he was the quarterback of the Houston Texans. The women said the NFL star sexually assaulted, harassed or touched them during private massage sessions.

A recent New York Times investigation found that Watson had booked appointments with “at least 66 different women in just the 17 months from fall 2019 through spring 2021.”

The damning article, written by Jenny Vrentas, also found that the Texans “provided the venue Watson used for some of the appointments.” A Texans representative also provided the team’s star player a nondisclosure agreement that he gave to some of the women, per The Times.

Despite the allegations against him, the Cleveland Browns signed Watson to a fully guaranteed five-year, $230 million contract in March after acquiring the three-time Pro Bowler in a trade with the Texans. It’s the largest guaranteed contract in league history.

The Browns, desperate for a franchise quarterback, sent the Texans three first-round picks and a third-round pick to complete the trade.

Watson has denied the allegations.

“I never assaulted anyone,” he said following practice during mandatory minicamp with the Browns last week. “I never harassed anyone or I never disrespected anyone. I never forced anyone to do anything.”

Watson, who was not indicted on criminal complaints by a pair of grand juries in Texas, could still be punished by the NFL for violating the league’s personal conduct policy. The league’s investigation is ongoing and a decision is expected before training camp, the AP reported last week.

“Today’s development has no impact on the collectively bargained disciplinary process,” Brian McCarthy, the NFL’s communications boss, said in a statement to the Daily News.

Ashley Solis, the first woman who publicly identified herself as a plaintiff in the case, is not one of the 20 women to reach a settlement, Buzbee said.

“Her case has not settled and thus her story and that of the other three brave women will continue,” Buzbee said, calling Solis a “hero,” via ESPN. “I look forward to trying these cases in due course.”

Solis went public with her accusations against Watson during a press conference on April 6, 2021.

“I come forward now so that Deshaun Watson does not assault another woman… I am seeking justice not just on behalf of myself but for all survivors… This is about having my voice heard,” Solis said.

The Houston Astros remain the class of the AL West and will provide tough test for both Mets, Yankees

The naysayers can no longer complain about the Yankees beating up on a soft schedule. As the team blitzed everything in sight on their way to a historic start, many people pointed out that their April and May schedules included a lot of Orioles, Tigers and Royals. The sentiment grew strong enough to become a […]

Mets bullpen arms stepping up in absence of injured Trevor May

There’s at least one reliever the Mets expect to strengthen the bullpen before their eventual acquisitions at the trade deadline. Trevor May (stress reaction on humerus) is progressing through his rehab sans setbacks. The Mets’ setup man is hoping to rejoin the relief corps either just before or right after the All-Star break in July […]

If not Game 1 for Lightning center Brayden Point, likely Game 2

Lightning center Brayden Point, out since Game 7 of the first-round Toronto series because of a lower-body injury, participated in practice Tuesday afternoon ahead of the Lightning’s Stanley Cup Finals opener against the Avalanche on Wednesday. “There’s a chance (he plays),” Lightning coach Jon Cooper said. “The last series (against the Rangers), if it was […]