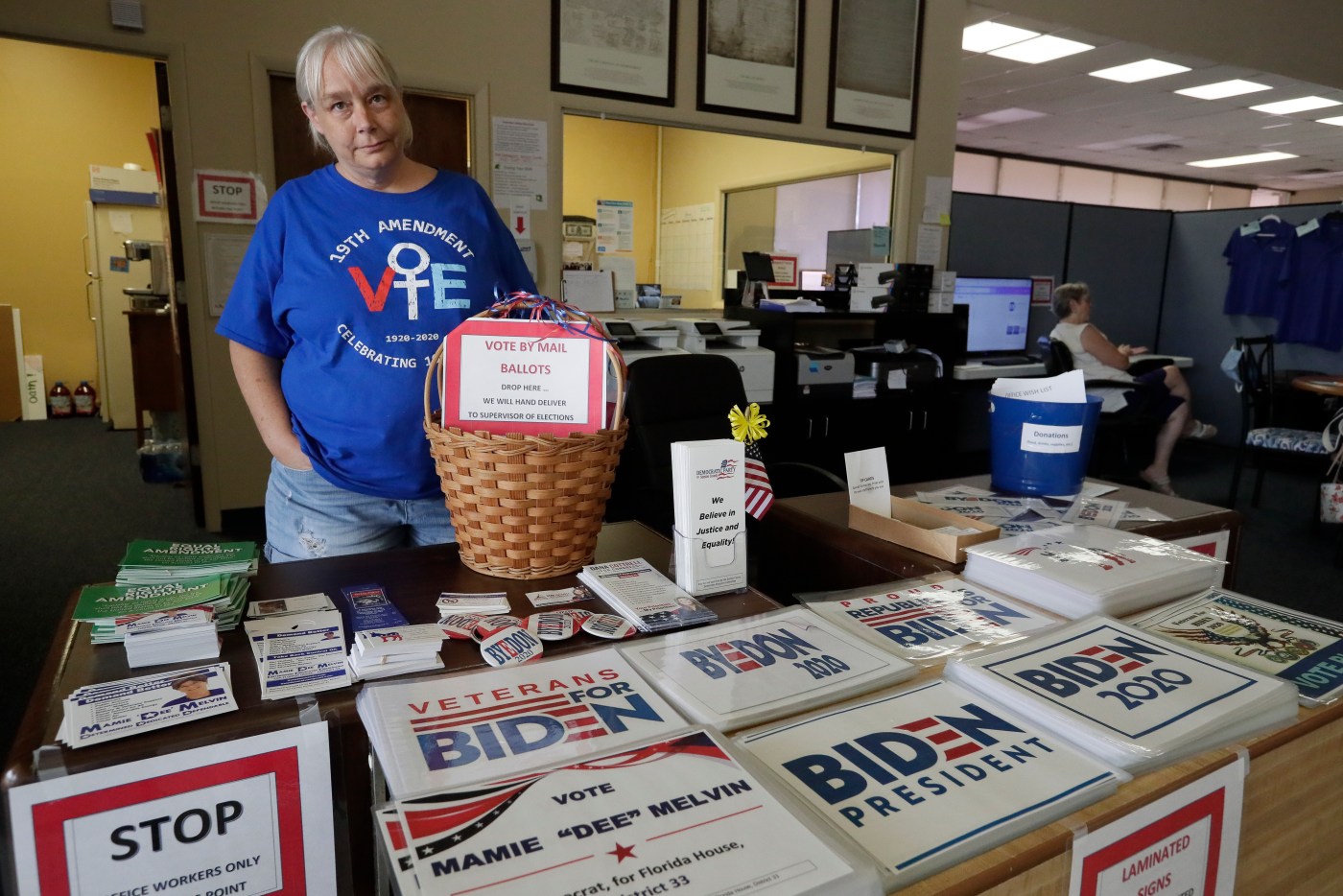 THE VILLAGES, Fla. — There has always been a low-boil tension in The Villages retirement community between the Republican majority and the much smaller cohort of Democrats, but a veneer of good manners in “Florida’s Friendliest Hometown” mostly prevailed on golf courses and at bridge tables.

Those tensions, though, flared two weeks ago during a golf-cart parade for President Donald Trump’s birthday in which a man shouted, “White Power,” when confronted by anti-Trump protesters. A video clip of that confrontation in America’s largest retirement community was tweeted approvingly by Trump last weekend and then taken down.

Some residents say they’ve never seen anything like the politically inspired hostilities that have surfaced over the past several months.

In the past, when conflicting political views came up in The Villages, residents said it was best to say, “I disagree,” and quickly change the topic. But the emphasis on good manners has been tested like never before in recent months with the spread of the new coronavirus, the resulting stock market gyrations for a population that largely lives off retirement investments, the presidential race and the calls for racial justice following the death of George Floyd at the hands of Minneapolis police.

“This has been brewing. Most people kind of agree not to discuss politics … and it had been accepted that with things being so divisive, you don’t get into it,” said Catherine Hardy, chair of the Sumter County Democratic Party.

The Villages’ population of more than 120,000 residents — among the fastest growing areas in the U.S. in the past decade — is about 98% white, according to the U.S. Census Bureau. There are more than twice as many registered Republicans as registered Democrats in Sumter County, where most of The Villages is located.

The Trump parade occurred June 14 in the planned community immediately after a vigil was held by an African American philanthropic group to honor Floyd and the Black Lives Matter movement. Most of the attendees at the vigil had left by the start of the Trump parade, although a white woman wearing “Black Lives Matter” on her shirt shouted profanities at the Trump supporters as they drove by in golf carts. A man driving by in a golf car responded by shouting, “White Power,” a racist slogan associated with white supremacists.

“Most people, up until now, even if people felt that way, it was socially unacceptable to voice it,” Hardy said of the man’s remark. “The difference is under Trump, you can spew that hatred. What has changed is now it’s more acceptable.”

The political partisanship can now be seen in the most mundane places, said Ira Friedman, who with his wife, Ellen, have volunteered for Democratic presidential candidates during their 18 years in The Villages.

CLICK HERE if you’re having a problem viewing the photos on a mobile device. The Trump campaign dismissed concerns about the ongoing coronavirus pandemic, moving forward with a scheduled rally in Tulsa, Oklahoma on Saturday, despite a rising infection rate in the state. The president learned of six of his campaign staffers, including Secret Service […]

NEW YORK — President Donald Trump’s return to the campaign trail was designed to show strength and enthusiasm heading into the critical final months before an election that will decide whether he remains in the White House. Instead, his weekend rally in Oklahoma highlighted growing vulnerabilities and crystallized a divisive reelection message that largely ignores […]

Gabriel Armando Castillo, 20, of Perris, was arrested on suspicion of a fireworks violation on June 23, 2020. He is accused of lighting a firework during the June 1 George Floyd protest in Riverside. (Courtesy of Riverside Police Department) A 20-year-old Perris man has been arrested after he was videotaped lighting a firework in the […]