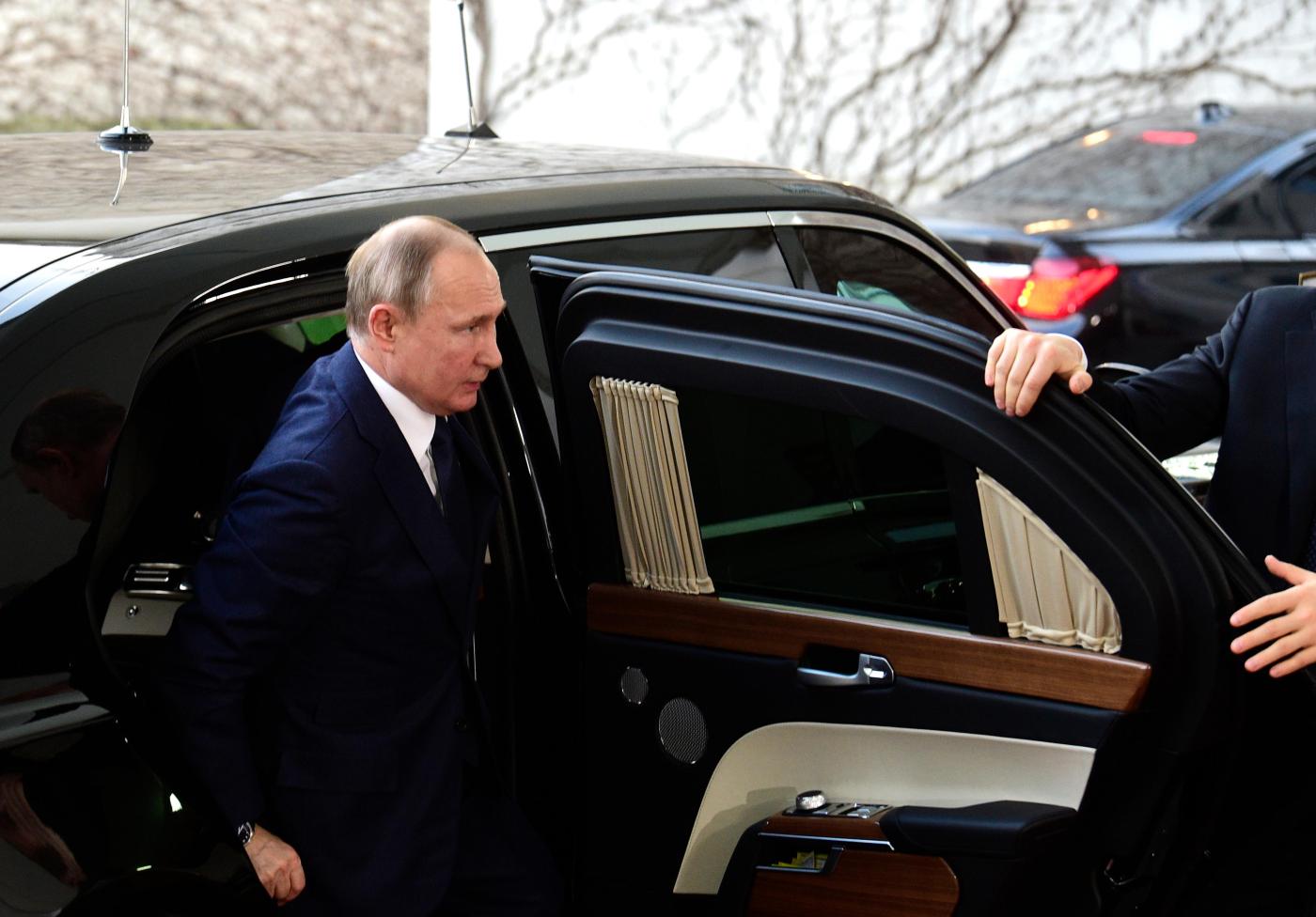 WASHINGTON — A whistleblower’s allegation that he was pressured to suppress intelligence about Russian election interference is the latest in a series of similar accounts involving former Trump administration officials, raising concerns the White House risks undercutting efforts to stop such intrusions if it plays down the seriousness of the problem.

There is no question the administration has taken actions to counter Russian interference, including sanctions and criminal charges on Thursday designed to call out foreign influence campaigns aimed at American voters. But Trump’s resistance to embracing the gravity of the threat could leave the administration without a consistent and powerful voice of deterrence at the top of the government heading into an election that U.S. officials say is again being targeted by Russia.

Brian Murphy, the former top intelligence official at the Department of Homeland Security, alleges in the complaint made public Wednesday that he was instructed to hold back on reports on Russian interference because they “made the president look bad.” That follows previous reports that Trump berated his then-intelligence director after a congressional briefing about Moscow’s interference and that the president sought the firing of another official who told Congress he supported intelligence agencies’ assessment that Russia had interfered on Trump’s behalf during the 2016 election.

The department denied Murphy’s allegation, and the White House issued a statement describing instances in which it said the president had it taken action against Russia.

“This president has been resolute that any foreign adversary seeking to disrupt our elections will face tremendous consequences,” White House spokeswoman Sarah Matthews said.

Senior Trump administration officials have been eager to focus more on China in discussing election interference, asserting that Beijing is the more potent danger. Though intelligence officials do say China is a major espionage concern, there is also bipartisan consensus, including in a Republican-led Senate report, that Russia directly interfered in 2016 with the goal of helping Trump defeat Democrat Hillary Clinton. This year, intelligence officials say, Russia is working to denigrate Democratic nominee Joe Biden.

Murphy is not alone in alleging that he felt stymied from raising the Russia threat head-on.

Miles Taylor, as chief of staff to former Homeland Security Secretary Kirstjen Nielsen, participated in high-level administration meetings and has in recent weeks publicly conveyed his concerns about Trump’s leadership. Taylor said Nielsen had to create a “shadow” National Security Council to deal with the issue because she felt the president’s own team had not convened enough meetings to coordinate a response.

Once when Nielsen tried to communicate the seriousness of the threat heading into the 2018 election, Trump responded that the whole issue was “all (expletive),” Taylor said in an interview.

In addition, Taylor said Trump president once demanded the firing of the Homeland Security’s then-intelligence chief after hearing that the official had told lawmakers that he agreed …read more

Denver officials proposed millions more in cuts for next year’s budget Tuesday morning, alongside even more unpaid employee furloughs and smaller investments in social services and changes to law enforcement practices. In all, Mayor Michael Hancock’s proposed 2021 budget projects a $1.33 billion general fund, down 10.6% from the original 2020 budget, which tanked sharply […]

By Andrew Taylor and Lisa Mascaro | Associated Press WASHINGTON — Senate Democrats scuttled a scaled-back GOP coronavirus rescue package on Thursday, saying the measure shortchanged too many pressing needs as the pandemic continues its assault on the country. The mostly party-line vote capped weeks of wrangling over a fifth relief bill that all sides […]

LAS VEGAS — President Donald Trump on Sunday aimed for further inroads with Latinos who could prove vital in closely contested states that could determine the White House race, promoting economic gains they made before the coronavirus pandemic. Though Trump has made scores of inflammatory and derogatory comments about Latinos, his campaign is growing confident […]