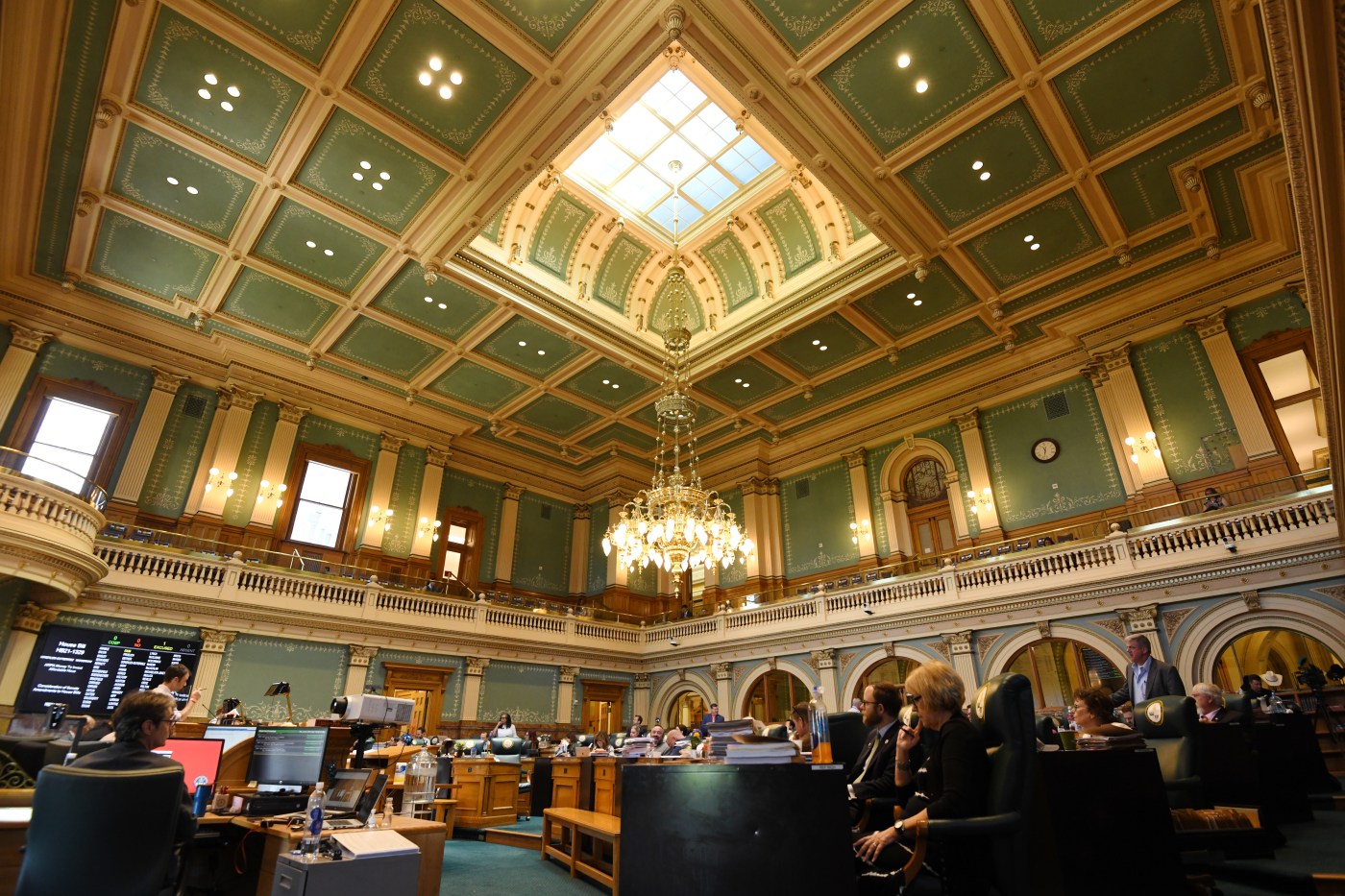 Nearly half of Colorado’s House Democrats have signed on to a bill that would allow local governments to enact rent control, repealing a decades-old prohibition and setting up a potential showdown with Gov. Jared Polis.

HB23-1115 does not institute any rent control or stabilization policies statewide. But it removes a state-level block on local officials rolling out one of their own, and it comes as lawmakers and Gov. Jared Polis weigh an array of legislation to address Colorado’s growing housing crisis.

“Rents are too high,” said Rep. Javier Mabrey, a Denver Democrat, eviction attorney and one of the bill’s primary sponsors. “And that does not just mean essential workers like grocery store workers and servers. It’s unaffordable for teachers and nurses.”

Mabrey, a freshman lawmaker, is joined by fellow Democrat Rep. Elizabeth Velasco, of Glenwood Springs, as prime sponsors in the House. Twenty other members — all Democrats — have also signed on. That list includes nearly all of the chamber’s leadership, including Majority Leader Monica Duran, Assistant Majority Leader Jennifer Bacon and the House’s two whips, Reps. Iman Jodeh and Andy Boesenecker.

Supporters cast rent control not as a silver bullet to Colorado’s housing affordability crisis but as a tool that should be available to local officials. Mabrey said he supported ongoing debates about land-use reform — intended to increase the supply of housing statewide — but that affordability must be included in that policy discussion.

If enacted, the bill would allow local authorities to take a firmer hand in regulating rent increases. In Oregon, where there’s a statewide rent control policy, landlords can only increase rent by 7% plus inflation in a given year. St. Paul recently enacted a rent control policy capping increases at 3%, though officials there have since taken steps to loosen that policy and allow for exemptions.

It’s unclear if local governments would take up that mantle. Kevin Bommer, the executive director of the Colorado Municipal League, said the group was monitoring the legislation and would consider a formal position in the future. But he noted that no local official has come forward to ask the league to address the state prohibition, and he said the organization has a good relationship with the Colorado Apartment Association, a vocal opponent of rent control.

Boesenecker sponsored a bill last session that would’ve enacted rent stabilization policies for mobile-home parks, a first foray into price controls. But that provision was stripped out of the bill after Polis signaled that he would veto the bill if it included rent stabilization.

Polis remains a primary obstacle to this latest push, supporters and opponents say. In a statement to the Post in December, his office reiterated his skepticism to rent control, warning of its unintended consequence of actually increasing rent. The Colorado Apartment Association’s opposition is also well known: Senior Vice President Drew Hamrick told the Post on Tuesday that “price controls are an old and bad idea.” He and other critics have warned that limiting rent increases will cause new development to crater.

A bill introduced in the Colorado House late Thursday would expand a state law that provides immunity to drug users who try to save someone from overdosing, after those same protections were inadvertently undermined by lawmakers during last year’s fight over fentanyl legislation. The bill would fix that apparent oversight, made when legislators tightened penalties […]

The future of the dormant Park Hill golf course in northeast Denver is headed back to the ballot. The Denver City Council on Monday night referred a question to the April 4 municipal election that would give voters the option the wipe out the legal agreement that prevents most things from being built on that […]

Tired of fighting robots for concert tickets? This Colorado bill aims to help.

Colorado state Sen. Robert Rodriguez wants people to feel the music — and not fight robots, navigate pre-sale scalpers or worry about hidden fees when they do it. The Democrat from Denver said his newly introduced bill, SB23-060, intends to promote transparency and “consumer-friendly” practices for event-goers. As written, the bill expands the definition of […]