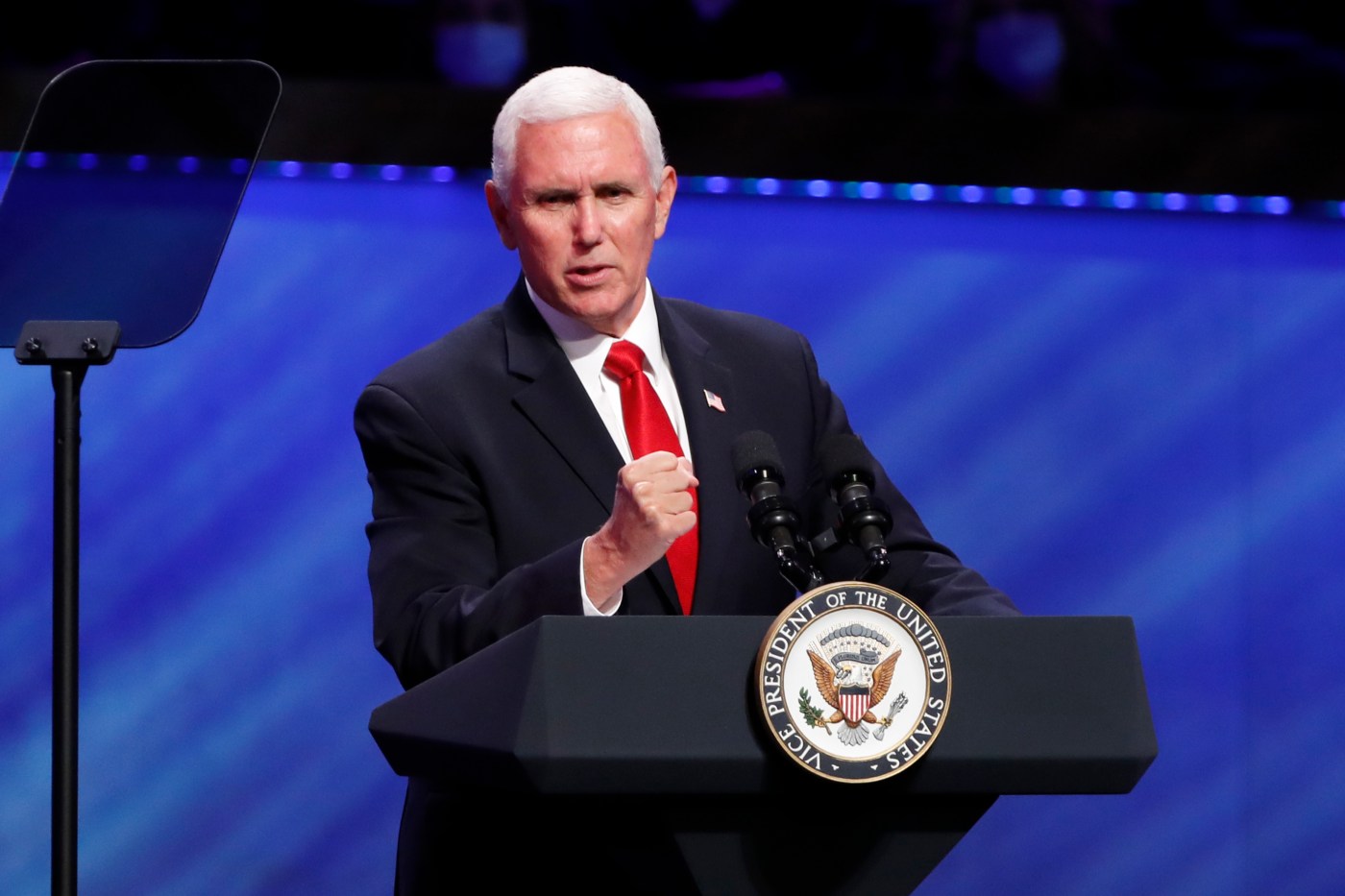 The Latest on protests over racial inequality (all times local):

JACKSON, Miss. — The Mississippi House has passed a bill to remove a Confederate battle emblem broadly condemned as racist from its 126-year-old state flag.

The House passed a bill 91-23 with broad bipartisan support, sending it to the Senate for more debate. Republican Gov. Tate Reeves has said he will sign it.

The flag’s supporters resisted efforts to change it for decades, but rapid developments in recent weeks have changed dynamics on this issue in the tradition-bound state.

As protests against racial injustice recently spread across the U.S., including Mississippi, leaders from business, religion, education and sports have spoken forcefully against the state flag. They have urged legislators to ditch the banner for one that better reflects the diversity of a state with a 38% Black population.

The bill being considered Sunday will remove the current flag from state law as soon as Reeves signs it. A commission would design a new flag that cannot include the Confederate symbol and that must have the words “In God We Trust.” It would be put before voters, and if they rejected it, the commission would come up with a new design. In the meantime, Mississippi would not have a state flag.

LOUISVILLE, Ky. — Police in Kentucky say a suspect is in custody in the death of a man who was fatally shot amid a protest over the killing of Breonna Taylor.

The suspect’s name was not released, and no charges were immediately filed. The shooting occurred Saturday night at Jefferson Square Park in downtown Louisville. The Jefferson County coroner’s office identified the victim as 27-year-old Tyler Charles Gerth of Louisville.

WASHINGTON — Vice President Mike Pence says he doesn’t want to say “Black Lives Matter” because he doesn’t agree with what he believes is the political message behind it.

Pence says he stands against racism and that George Floyd’s death was inexcusable, but that “all lives matter.”

He tells CBS: “What I see in the leaders of the Black Lives Matter movement is a political agenda of the radical left that would defund the police, that would tear down monuments, that would press a radical left agenda.”

Pence added that he cherishes “the progress that we have made toward a more perfect union for African Americans throughout our history.”

He said African American leaders have made clear to the Trump administration “they want law and order” and “peace in our streets.”

BOSTON — Communities of color in Boston are disproportionately affected by evictions in the city, with some of the highest rates in Black communities, according to a new report released Sunday.

Seventy percent of market-rate eviction filings occur in neighborhoods where a majority of residents are people of color, though only about half of rental housing is in these neighborhoods, according to three years of data by MIT researchers and a housing justice organization. The problem has only been exasperated by …read more

Bay Area residents marked a Fourth of July overshadowed by a worsening pandemic and civil unrest over long-simmering racism and police violence with protests, demonstrations — and some old-fashioned parades and firework shows. In Oakland, hundred of demonstrators rallied at Frank H. Ogawa Plaza before marching up Broadway for a protest that organizers called “F— […]

Seal Beach attorney Shawn Steel, a Republican National Committee member and husband of Orange County Board of Supervisors Chair Michelle Steel, was linked in a Wall Street Journal report with an effort by Chinese foreign nationals to influence the Trump administration. Soon after Donald Trump was sworn in as president in 2017, the Journal reports, […]

Police chief: George Floyd’s death was ‘murder’ and the accused officer ‘knew what he was doing’

By Brad Parks | CNN Minneapolis Police Chief Medaria Arradondo says the death of George Floyd was “murder” and that the officer who was seen pressing his knee into Floyd’s neck “knew what he was doing” because he had taken specific training on preventing “positional asphyxiation,” or suffocation. “Mr. George Floyd’s tragic death was not […]