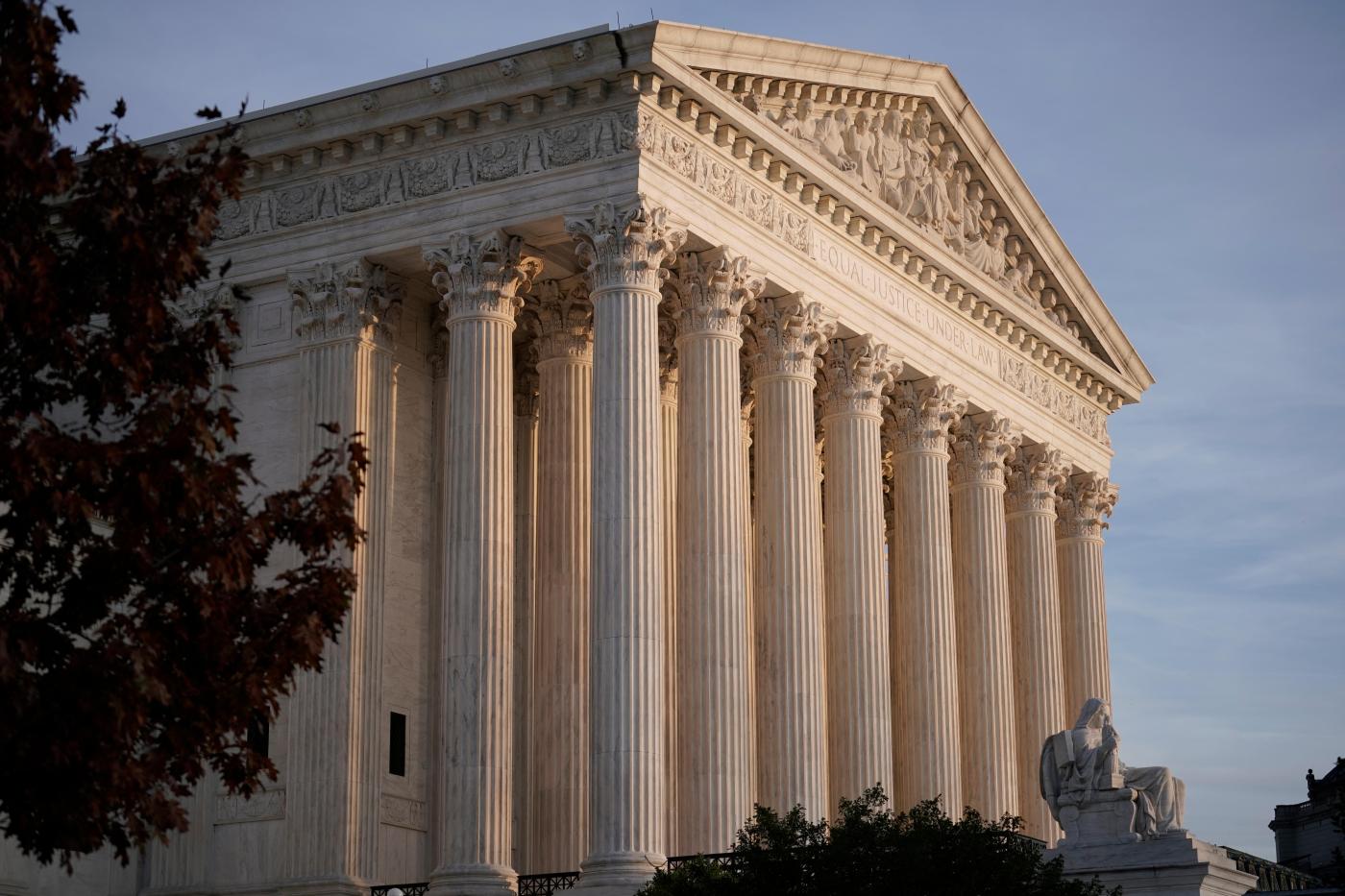 WASHINGTON — In a significant defeat for former President Donald Trump, the Supreme Court on Monday declined to step in to halt the turnover of his tax records to a New York prosecutor.

The court’s action is the apparent culmination of a lengthy legal battle that had already reached the high court once before.

Trump’s tax records are not supposed to become public as part of prosecutor’s criminal investigation, but the high court’s action is a blow to Trump because he has for so long fought on so many fronts to keep his tax records shielded from view. The ongoing investigation the records are part of could also become an issue for Trump in his life after the presidency. Trump has called it “a fishing expedition” and “a continuation of the witch hunt — the greatest witch hunt in history.”

The Supreme Court waited months to act in the case. The last of the written briefs in the case was filed Oct. 19. But a court that includes three Trump appointees waited through the election, Trump’s challenge to his defeat and a month after Trump left office before issuing its order.

The court offered no explanation for the delay, and the legal issue before the justices did not involve whether Trump was due any special deference because he was president.

The court’s order is a win for Manhattan District Attorney Cyrus Vance Jr., who has been seeking Trump’s tax records since 2019 as part of an investigation. Vance, a Democrat, had subpoenaed the records from the Mazars accounting firm that has long done work for Trump and his businesses. Mazars has said it would comply with the subpoena, but Trump, a Republican, sued to block the records’ release.

Vance’s office had said it would be free to enforce the subpoena and obtain the records in the event the Supreme Court declined to step in and halt the records’ turnover, but it was unclear when that might happen.

The case the high court ruled in involves a grand jury subpoena for more than eight years of Trump’s personal and corporate tax records. Vance has disclosed little about what prompted him to request the records. In one court filing last year, however, prosecutors said they were justified in demanding the records because of public reports of “possibly extensive and protracted criminal conduct at the Trump Organization.”

Feds to look into decision over Space Command headquarters, which was supposed to be in Colorado Springs

Did the pandemic end globalization?

Wealthy countries are on the verge of a euphoric release, as COVID-19 vaccine distributions ramp up. But the rest of the world is staring at a potentially years-long effort to inoculate citizens. As such, it is not at all clear that we will ever return to the international community as it existed in February 2020. […]

In what would have been big news pre-pandemic, Colorado Gov. Jared Polis late last month declared a state of emergency, his 18th since March and one of more than 320 executive orders he’s issued during the coronavirus crisis. Those numbers feel much too high to Republicans in the Colorado legislature, who this week again made […]

WASHINGTON — The Senate impeachment trial of Donald Trump was thrown into confusion Saturday as lawmakers voted to consider hearing witnesses, a step that could extend the proceedings and delay a vote on whether the former president incited the deadly Capitol insurrection. The last-minute fight over witnesses followed Friday night revelations from a Republican House […]