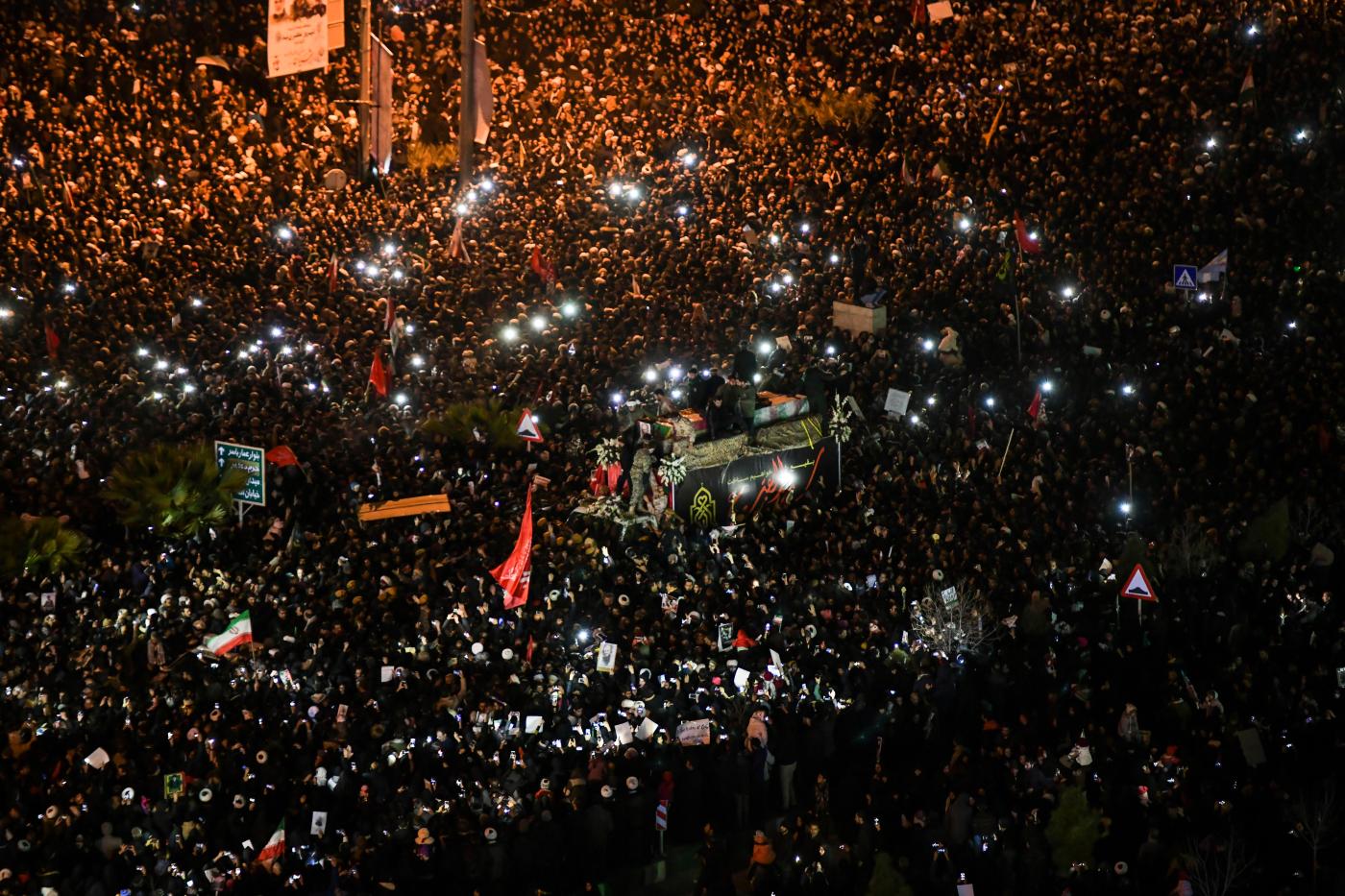 TEHRAN, Iran (AP) — A stampede broke out Tuesday at a funeral for a top Iranian general killed in a U.S. airstrike, and at least 40 people were killed and more than 200 were injured as thousands thronged the procession, two Iranian news agencies reported.

There was no information as to what had set off the stampede. Online videos showed people lying apparently lifeless, their faces covered by clothing. Emergency crews performed CPR on others as people wailed in the background, crying out to God.

“Unfortunately as a result of the stampede, some of our compatriots have been injured and some have been killed during the funeral processions,” Koulivand said. The news agencies gave the death toll of 40, with 213 injured.

Soleimani’s burial was later delayed, with no new time given. Authorities cited concerns about the massive crowd that had gathered as a reason for the delay, the semi-official ISNA news agency said.

A procession in Tehran on Monday drew over 1 million people in the Iranian capital, crowding both main thoroughfares and side streets in Tehran. Such mass crowds can prove dangerous. A similar stampede, though on a much smaller scale, struck the 1989 funeral procession for Ayatollah Ruhollah Khomeini, killing at least eight people and injuring hundreds.

Soleimani’s death in a drone strike on Friday has sparked calls across Iran for revenge against America, drastically raising tensions across the Middle East. The U.S. government warned ships of an unspecified threat from Iran across the region’s waterways, crucial routes for global energy supplies. Meanwhile, the U.S. Air Force launched a drill with 52 fighter jets in Utah, just days after President Donald Trump threatened to hit 52 sites in Iran.

Earlier in the day, Hossein Salami, the new leader of Iran’s Revolutionary Guard, vowed to avenge Soleimani’s death as he addressed a crowd of supporters gathered at the coffin in a central square in Kernan.

“We tell our enemies that we will retaliate but if they take another action we will set ablaze the places that they like and are passionate about,” Salami said.

“Death to Israel!” the crowd shouted in response. Israel is a longtime regional foe of Iran.

The funeral processions in major cities over three days have been an unprecedented honor for Soleimani, viewed by Iranians as a national hero for his work leading the Guard’s expeditionary Quds Force.

The U.S. blames him for killing U.S. troops in Iraq and accused him of plotting new attacks just before he was killed in the drone strike near Baghdad’s airport. Soleimani also led forces supporting Syrian President Bashar Assad in that country’s civil war, and he also served as the point man for Iranian proxies in countries like Iraq, Lebanon and Yemen.

Why the early primaries are especially important for Bernie Sanders

The 2020 Democratic primary campaign has been a contest not merely of which candidate’s ideas and policies most appeal to Democratic voters but of which potential nominee is most likely to defeat Donald Trump in November’s general election. Polling has shown that a majority of democratic voters say it is more important for the nominee […]

Firefighters save only stand of rare trees in Australia

By Rod McGuirk | Associated Press CANBERRA, Australia — Specialist firefighters have saved the world’s last remaining wild stand of a prehistoric tree from wildfires that razed forests west of Sydney, officials said Thursday. Firefighters winched from helicopters to reach the cluster of fewer than 200 Wollemi Pines in a remote gorge in the Blue […]

DES MOINES — Key takeaways from Tuesday’s Democratic presidential debate in Des Moines, the final forum before the Iowa caucuses: CIVILITY AND SUBSTANTIVE OVER FIGHTING AND FRICTION After the United States’ killing of Iranian Gen. Qassem Soleimani, Democrats were bracing for fights over foreign policy. Instead, a whole lot of substance broke out. There was […]