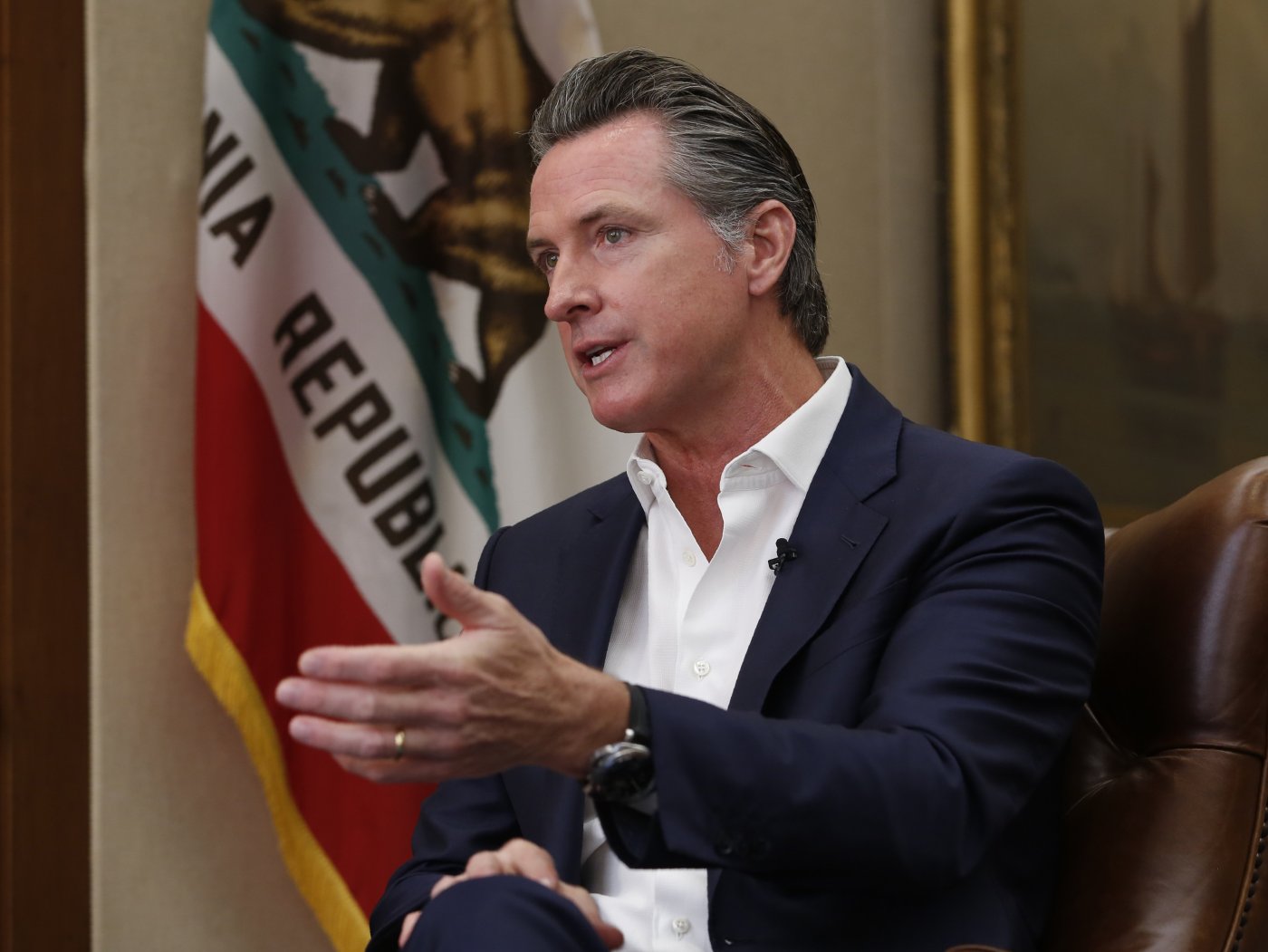 Each governor is unique. Gov. Gavin Newsom certainly is different.

Arnold Schwarzenegger was a restless entertainer.

Pete Wilson was a scrapper.

George Deukmejian was a rock that could move.

Newsom? He’s the lucky one. That’s his most significant trait so far.

He’s lucky because the state treasury keeps overflowing with tax revenue. There’s ample money to spend freely and still save. Unlike his predecessors — particularly Jerry Brown and Schwarzenegger — Newsom hasn’t had had to whack popular state programs to balance the books, angering allies.

Newsom’s also lucky because both legislative houses are controlled by supermajorities of fellow Democrats. They don’t need Republicans for anything.

And since citizens 10 years ago lowered the legislative vote requirement for passing a budget from two-thirds to a simple majority, getting a state spending plan approved is easy. Summerlong budget deadlocks that tarnished the images of all Sacramento politicians are an ugly history.

Newsom is lucky because he has no significant political rivals. Republicans are too weak. Democrats don’t dare. He isn’t pressured politically — except perhaps to begin positioning himself for a presidential run in four or eight years. The governor says he’s not interested. They all say that at this stage.

The telegenic 52-year-old is starting to show faint streaks of gray in his coiffured hair that could turn into a pleasant presidential look when the time comes.

But for the moment, the governor’s focus must be on the mundane matter of state budgeting.

Newsom conducted a remarkable briefing for reporters on his proposed $222.2-billion state budget Friday. He stood at a lectern for nearly 100 minutes delivering a nonstop, uninterrupted monologue on details of his spending plan, covering a wide range of subjects and spewing out reams of numbers.

Then for the next 70 minutes he addressed every question any reporter had, although some queries weren’t actually answered.

The second-year governor was impressive in his knowledge of specifics and seemed to revel in delving into the wonky weeds.

“Two hours and 51 minutes. YEA!,” Senate Majority Leader Bob Hertzberg of Van Nuys declared in a written statement. “For us policy wonks, this is as good as it gets.”

Yes, such gubernatorial enthusiasm for the nuts and bolts of governing and his willingness to publicly share his views are admirable.

That said, Newsom must be the most long-winded governor in California history and unquestionably in the modern era. You’d think a 100-minute monologue could be condensed into a more listener-friendly, effective, message-driven summary lasting a half-hour tops.

It was reminiscent of Newsom’s time as San Francisco mayor in 2008. Rather than delivering a customary State of the City speech, he placed a 7½-hour eye-glazer on his YouTube channel. It bombed.

But, as chronicled by Times reporters Taryn Luna and Phil Willon, “no …read more

Magee links open spaces, offers Danville’s best views My wife and I moved to Danville in 1988 and subsequently built a house in Alamo. We give generously to open space and land preservation efforts because the beauty and accessibility of the hills, trails and ridgelines are what make our area so special. I recall visiting […]

Coloradans in Congress were divided along party lines Thursday when the U.S. House of Representatives voted to limit President Donald Trump’s ability to attack Iran. By a vote of 224-194, the House approved a resolution ordering Trump not to further attack Iran or its military until Congress has declared war or there is “an imminent […]

Bernie Sanders’ lead in California raises concerns Re: “Bernie Sanders leading in close California presidential primary, new poll finds” (Mercurynews.com, Jan. 13): I love Bernie Sanders. I supported him in the last election. But I was alarmed to read he’s leading right now in California. Why? The next election will be determined by moderate voters […]