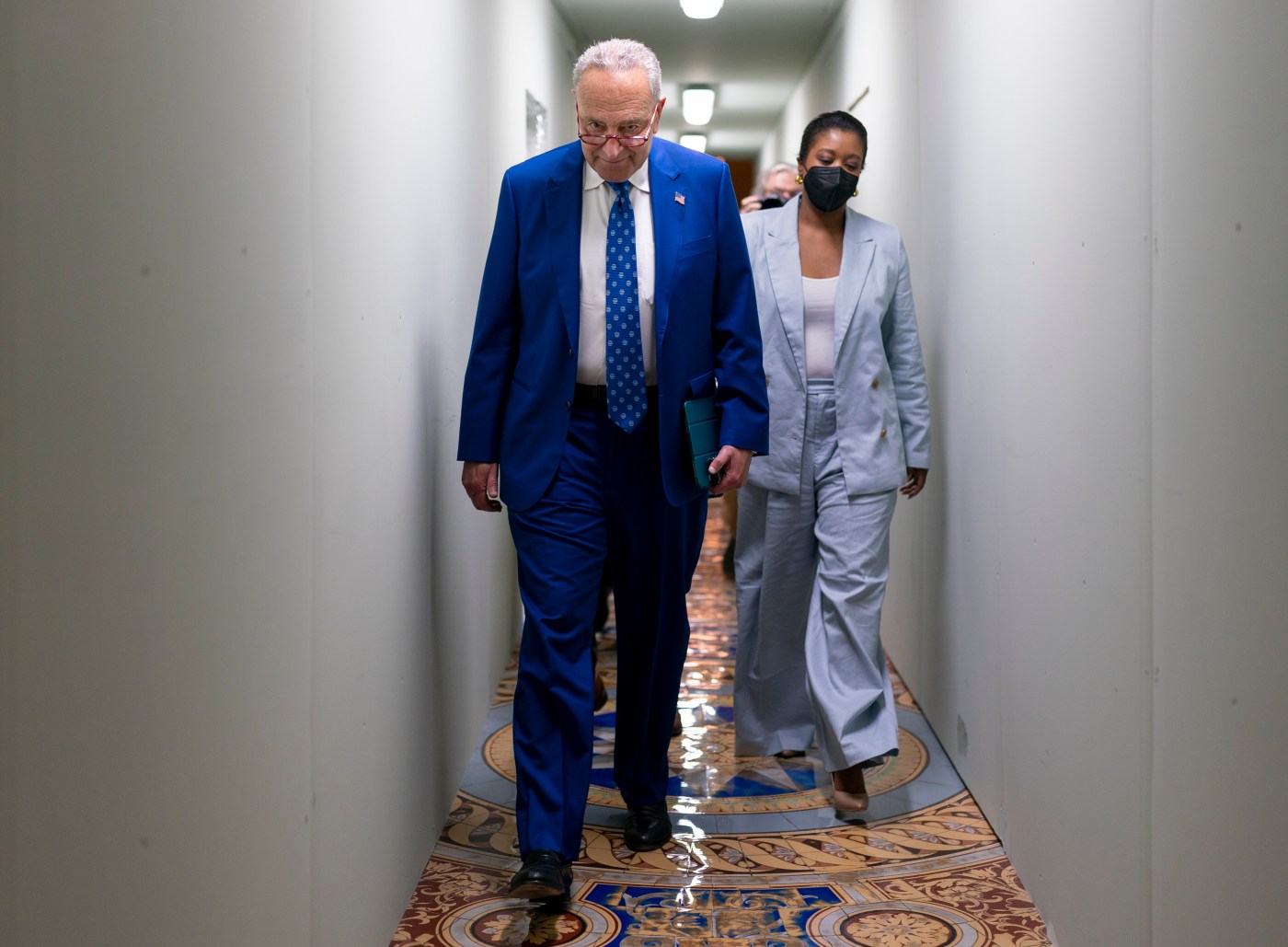 WASHINGTON — The Senate on Thursday easily approved a bipartisan gun violence bill that seemed unthinkable just a month ago, clearing the way for final congressional approval of what will be lawmakers’ most far-reaching response in decades to the nation’s run of brutal mass shootings.

After years of GOP procedural delays that derailed Democratic efforts to curb firearms, Democrats and some Republicans decided that congressional inaction was untenable after last month’s rampages in New York and Texas. It took weeks of closed-door talks but a group of senators from both parties emerged with a compromise embodying incremental but impactful movement to curb bloodshed that has come to regularly shock — yet no longer surprise — the nation.

The election-year package fell far short of more robust gun restrictions Democrats have sought for years, including bans on the assault-type weapons and high-capacity ammunition magazines used in the slayings in Buffalo, New York, and Uvalde, Texas. Yet the accord let leaders of both parties declare victory and demonstrate to voters that they know how to compromise and make government work, while also leaving room for each side to appeal to its core supporters.

“This is not a cure-all for the all the ways gun violence affects our nation,” said Senate Majority Leader Chuck Schumer, D-N.Y., whose party has made gun restrictions a goal for decades. “But it is a long overdue step in the right direction. Passing this gun safety bill is truly significant, and it’s going to save lives.”

Senate Minority Leader Mitch McConnell, R-Ky., in a nod to the Second Amendment right to bear arms that drives many conservative voters, said “the American people want their constitutional rights protected and their kids to be safe in school.” He said “they want both of those things at once, and that is just what the bill before the Senate will have accomplished.”

The day proved bittersweet for advocates of curtailing gun violence. Underscoring the enduring potency of conservative cIout, the right-leaning Supreme Court issued a decision expanding the right of Americans to carry arms in public. The justices struck down a New York law that has required people to prove a need for carrying a weapon before they get a license to do so.

Hours earlier, senators voted 65-34 to end a filibuster by conservative GOP senators. That was five more than the 60-vote threshold needed. The House planned to vote on the measure Friday and approval seemed certain.

On that vote, 15 Senate Republicans joined all 50 Democrats, including their two allied independents, in voting to move ahead on the legislation.

Elisabeth Epps scans the residential area just south of Denver’s Cheesman Park, with its clean and walkable streets, its million-dollar homes, its inviting public spaces and orderly yards. A casual volleyball game has drawn a crowd and bicyclists in Patagonia shorts spin past. She’s seated on a curb in the middle of Colorado’s House District […]

WASHINGTON — Members of the House committee investigating the Capitol riot said Sunday they have uncovered enough evidence for the Justice Department to consider an unprecedented criminal indictment against former President Donald Trump for seeking to overturn the results of the 2020 election. “I would like to see the Justice Department investigate any credible allegation […]

WASHINGTON — The country has long endured a numbing succession of mass shootings at schools, places of worship and public gathering places. None forced Congress to react with significant legislation — until now. Last month, a white shooter was accused of racist motives in the killings of 10 Black people in a supermarket in Buffalo, […]