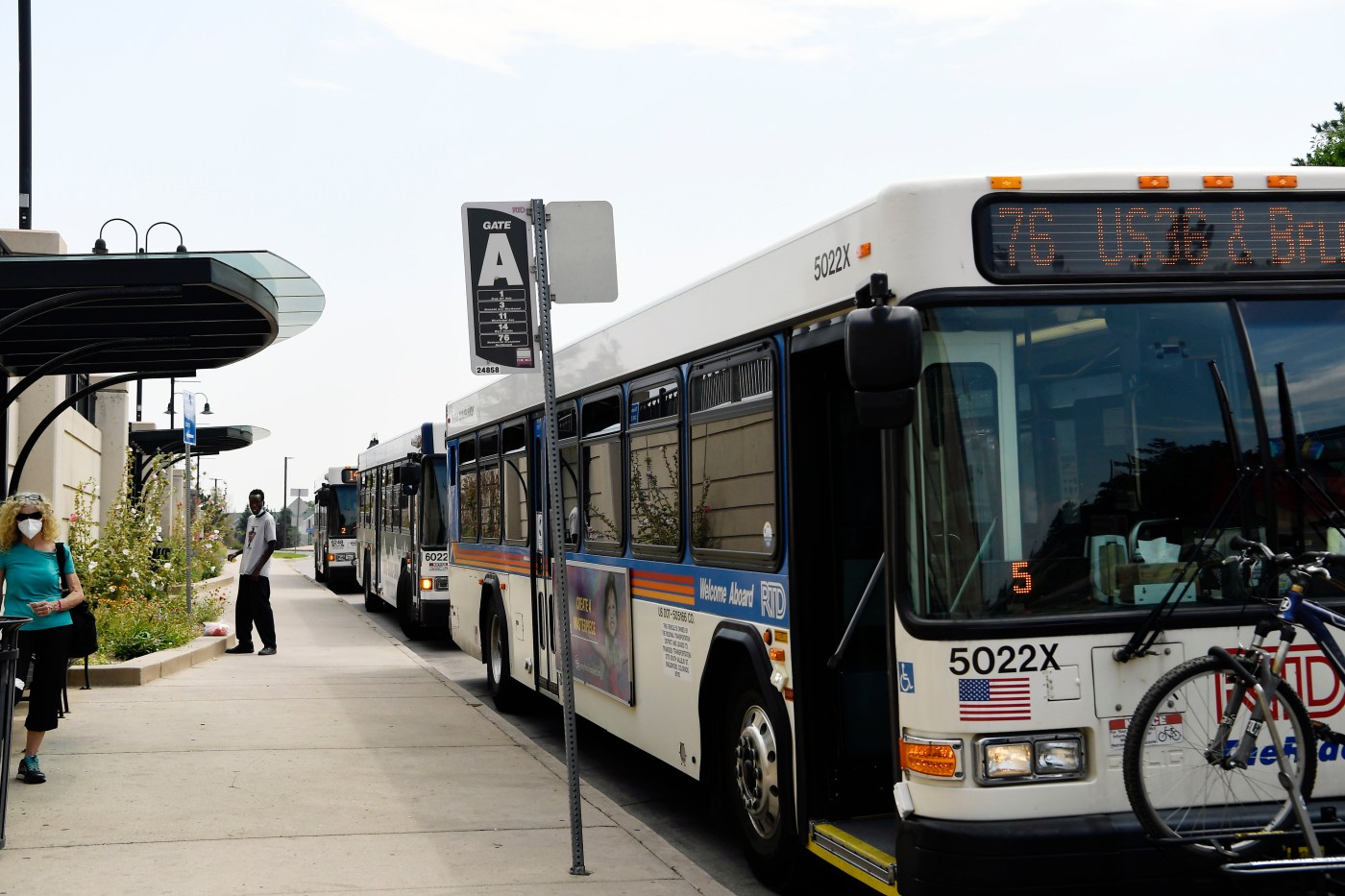 The Regional Transportation District’s elected board was reluctant Tuesday to endorse a slightly scaled-down proposal for layoffs that still would target nearly 550 jobs.

As the metro Denver transit agency faces a bitter pill of a budget projection that’s gotten even worse, board members instead searched for alternatives to reduce the target further — most notably supporting the idea of salary cuts for management employees in higher pay grades. Some also pitched a reduction in hours for union workers to save jobs.

“The fact that we have to cut so many is very distressing,” Director Judy Lubow said of the layoffs target. Officials had reduced last week’s estimate that 635 union and administrative employees would lose their jobs as they refined the plan.

The Board of Directors made no firm decisions during its public study session. But most of the 15 members found consensus around salary reductions for higher-earning management employees — even beyond the cuts and furloughs proposed in RTD staff’s latest plan. That plan called for reducing salaries by 2.5% for managers making more than $120,000, and by 5% for 14 top officials who make more than $180,000.

But some board members weren’t willing to go as high as Director Natalie Menten, long a critic of RTD’s top manager salaries. She proposed cuts ranging from 7% for those making at least $60,000 to as much as 18% for officials making more than $180,000 a year.

RTD officials said they would put together a revised proposal for salary cuts.

The projected 2021 budget shortfall, estimated at $166 million in recent weeks, has grown to $215 million, according to chief financial officer Heather McKillop. That is due to updated farebox revenue projections and other reckonings — and she predicted the projection would change again, potentially for the better, when a new sales tax forecast comes in soon.

Besides layoffs, a host of other measures are planned, including dipping deeply into reserves.

RTD is still grappling with a pandemic-induced falloff that has ridership down to 40% of normal levels. The agency reduced service levels in the spring to 60% of normal.

In addition to budget considerations, the agency is preparing to propose January service changes next week that would further cut service on regional commuter routes that are seeing little use during the work-from-home era — and boost it on higher-demand urban routes.

RTD officials’ latest layoffs plan, now likely in for another adjustment, would affect 429 union-covered bus and train operators and other operational support employees, or about 20% of that category. Another 108 administrative employees, or 13%, would lose their jobs. Nearly 300 vacant positions would be eliminated.

“Again, we understand that the impact these actions have on people’s lives and we are attempting to be sensitive to that,” said Bruce Abel, RTD’s director of special projects, early in the meeting. “We also need to be sensitive to the fiscal sustainability of the organization. And we are going to try to minimize the numbers of people impacted.”

The Denver City Council is considering a cap on the fees delivery companies can charge restaurants as the coronavirus continues to batter the industry. With diminished capacity and social distancing requirements, restaurants are able to serve far fewer customers in-house than before the pandemic, and they’ve leaned on delivery to supplement lost revenue. But many must […]

WASHINGTON — President Donald Trump is running as the “law and order” candidate. But that hasn’t stopped him and his campaign from openly defying state emergency orders and flouting his own administration’s coronavirus guidelines as he holds ever-growing rallies in battleground states. Democratic governors and local leaders have urged the president to reconsider the events, […]

RTD has spent the better part of a decade launching new train lines across the metro area as the sprawling transit agency aims to fulfill the promise it made nearly 16 years ago, when voters approved the multibillion-dollar FasTracks and its promised 120-plus miles of rail. On Monday, the Regional Transportation District will open what […]