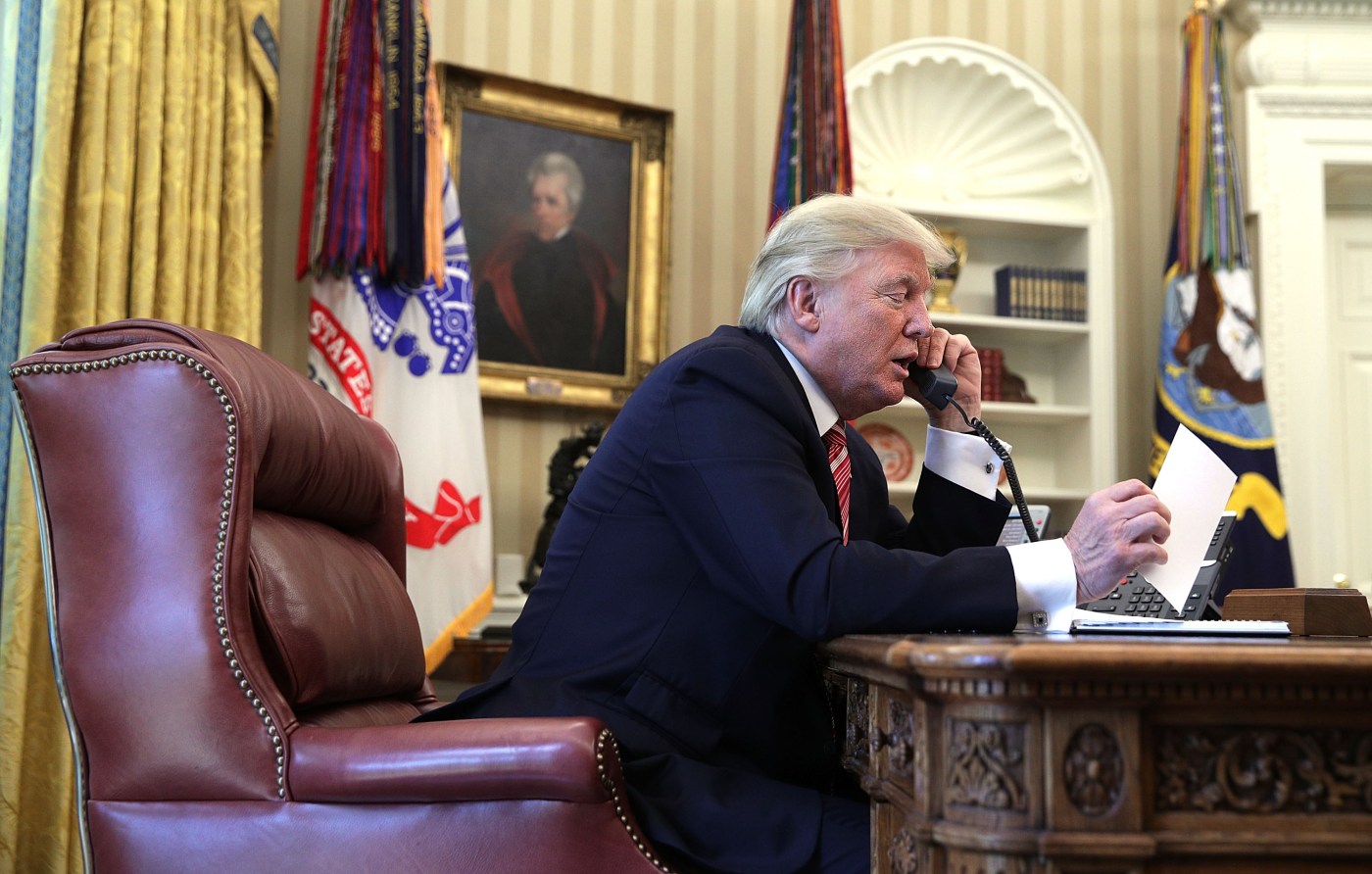 In hundreds of highly classified phone calls with foreign heads of state, President Donald Trump was so consistently unprepared for discussion of serious issues, so often outplayed in his conversations with powerful leaders like Russian President Vladimir Putin and Turkish President Recep Erdogan, and so abusive to leaders of America’s principal allies, that the calls helped convince some senior US officials — including his former secretaries of state and defense, two national security advisers and his longest-serving chief of staff — that the President himself posed a danger to the national security of the United States, according to White House and intelligence officials intimately familiar with the contents of the conversations.

The calls caused former top Trump deputies — including national security advisers H.R. McMaster and John Bolton, Defense Secretary James Mattis, Secretary of State Rex Tillerson, and White House chief of staff John Kelly, as well as intelligence officials — to conclude that the President was often “delusional,” as two sources put it, in his dealings with foreign leaders. The sources said there was little evidence that the President became more skillful or competent in his telephone conversations with most heads of state over time. Rather, he continued to believe that he could either charm, jawbone or bully almost any foreign leader into capitulating to his will, and often pursued goals more attuned to his own agenda than what many of his senior advisers considered the national interest.

These officials’ concerns about the calls, and particularly Trump’s deference to Putin, take on new resonance with reports the President may have learned in March that Russia had offered the Taliban bounties to kill US troops in Afghanistan — and yet took no action. CNN’s sources said there were calls between Putin and Trump about Trump’s desire to end the American military presence in Afghanistan but they mentioned no discussion of the supposed Taliban bounties.

By far the greatest number of Trump’s telephone discussions with an individual head of state were with Erdogan, who sometimes phoned the White House at least twice a week and was put through directly to the President on standing orders from Trump, according to the sources. Meanwhile, the President regularly bullied and demeaned the leaders of America’s principal allies, especially two women: telling Prime Minister Theresa May of the United Kingdom she was weak and lacked courage; and telling German Chancellor Angela Merkel that she was “stupid.”

Trump incessantly boasted to his fellow heads of state, including Saudi Arabia’s autocratic royal heir Mohammed bin Salman and North Korean dictator Kim Jong Un, about his own wealth, genius, “great” accomplishments as President, and the “idiocy” of his Oval Office predecessors, according to the sources.

In his conversations with both Putin and Erdogan, Trump took special delight in trashing former Presidents George W. Bush and Barack Obama and suggested that dealing directly with him — Trump — would be far more fruitful than during previous administrations. “They didn’t know BS,” he said of Bush and Obama — one of …read more

Juneteenth Live Blog: Thousands turn out for anti-racism protests at Port of Oakland, San Jose and beyond

The longshoremen’s union kicked off a day of renewed protests in the Bay Area, shutting down the Port of Oakland for speeches by famed civil rights activist Angela Davis and actor Danny Glover, a San Francisco native. The action was in coordination with the closer of 29 West Coast ports. In San Jose, several protests […]

Poll: America is unhappy and the president is helping

By Julie Pace and Emily Swanson | Associated Press WASHINGTON — Americans are deeply unhappy about the state of their country — and a majority think President Donald Trump is exacerbating tensions in a moment of national crisis, according to a new poll from The Associated Press-NORC Center for Public Affairs Research. With less than […]

Protests that have taken place over the past month in Denver are estimated to have cost the city more than $3.5 million in damage and overtime costs, and that number is expected to climb, city officials say. The protests began in late May after George Floyd died at the hands of a Minneapolis police officer. […]