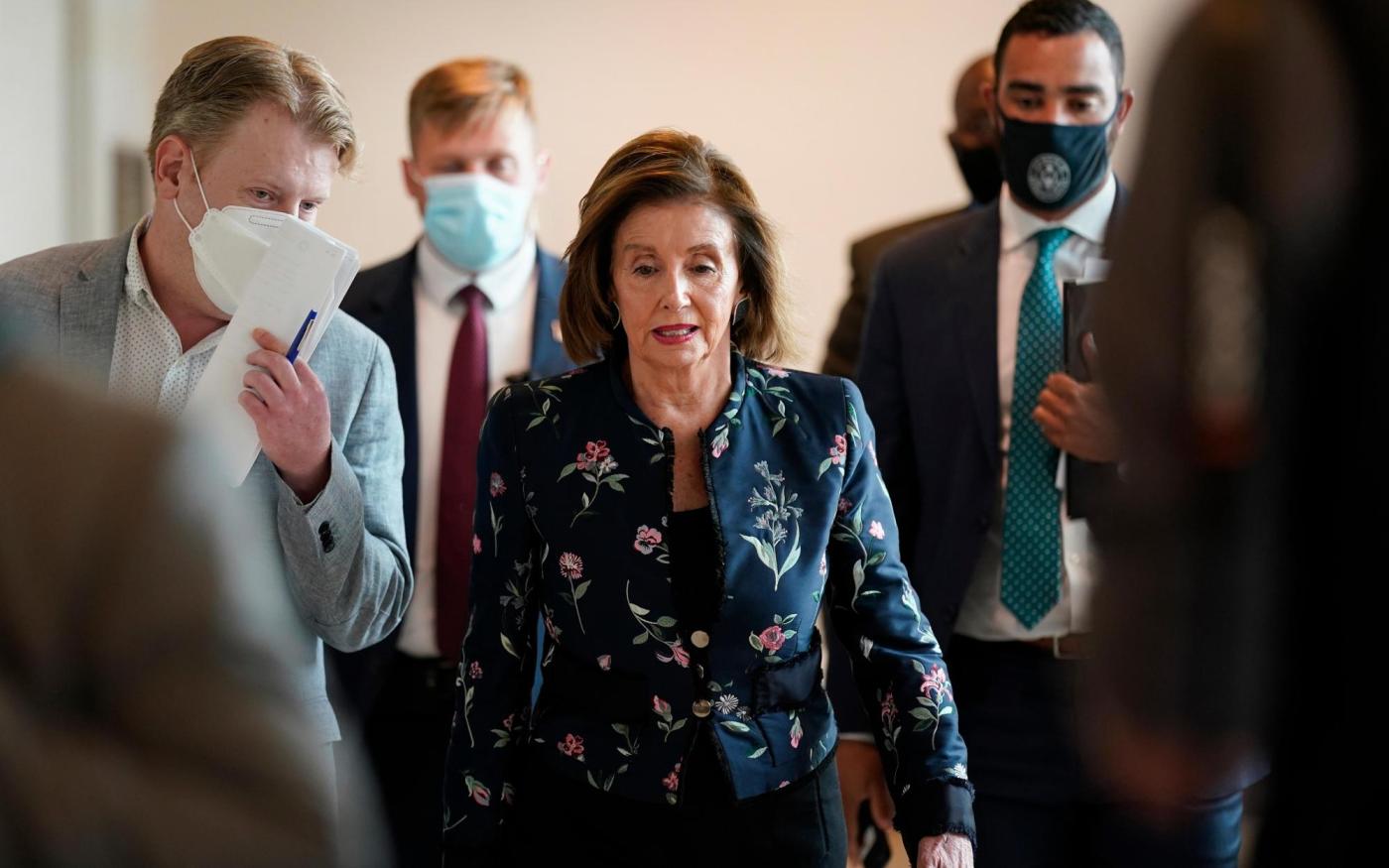 WASHINGTON — Unfazed by Republican threats of a boycott, House Speaker Nancy Pelosi declared Thursday that a congressional committee investigating the Jan. 6 Capitol insurrection will take on its “deadly serious” work whether Republicans participate or not.

The Republicans’ House leader, Kevin McCarthy, called the committee a “sham process” and suggested that GOP lawmakers who take part could face consequences. McCarthy said Pelosi’s rejection of two of the Republicans he had attempted to appoint was an “egregious abuse of power.”

The escalating tension between the two parties — before the investigation has even started — is emblematic of the raw partisan anger that has only worsened on Capitol Hill since former President Donald Trump’s supporters laid siege to the Capitol and interrupted the certification of President Joe Biden’s victory. With most Republicans still loyal to Trump, and many downplaying the severity of the violent attack, there is little bipartisan unity to be found.

McCarthy said Wednesday that he would withdraw the names of all five Republicans he had appointed after Pelosi rejected two of them, Reps. Jim Banks of Indiana and Jim Jordan of Ohio. Pelosi made clear on Thursday that she won’t relent, and Democrats mulled filling the empty seats themselves.

“It is my responsibility as the speaker of the House to make sure we get to the truth of this, and we will not let their antics stand in the way of that,” Pelosi said of the Republicans.

It is unclear, for now, whether Pelosi will try to appoint more members to the select panel, as she has the authority to do under committee rules. She left open that possibility, saying that there are other members who would like to participate. But she said she hadn’t decided whether to appoint Illinois Rep. Adam Kinzinger, one of only two Republicans who voted in support of creating the panel last month.

The other, Wyoming Rep. Liz Cheney, has already been appointed by Pelosi to sit on the committee along with seven Democrats — ensuring they have a quorum to proceed, whether other Republicans participate or not.

Cheney praised Kinzinger, saying he would be a “tremendous addition” to the panel. Several Democrats on the panel also seemed to support the idea, with Chairman Bennie Thompson of Mississippi saying the military veteran is a “the kind of person we’d want to have.”

Banks and Jordan are outspoken allies of Trump, who has continued to spread lies about massive fraud in the election and has defended his supporters who broke into the Capitol. The rioters fought past police and sent lawmakers inside running for their lives.

The House voted in May to create an independent investigation that would have been evenly split between the parties, but Senate Republicans blocked that approach in a vote last month. Pelosi said the new panel was being created only because a bipartisan commission was no longer an option.

Starting Thursday, the parents of 1 million children in Colorado will look inside a mailbox or bank account and see a monthly check worth $250 or $300 per kid. For the first time in U.S. history, the federal government is sending monthly checks to couples with children who make less than $150,000 and single parents […]

Lauren Boebert beats out Democratic challengers in fundraising for 2022 election

U.S. Rep. Lauren Boebert continues to raise more money than her Democratic challengers as the Republican rabble-rouser and restaurateur seeks a second term in Congress. Boebert’s campaign raised $949,086 between April and June, according to a Federal Election Commission filing Thursday. She has raised more than $2 million for the 2022 election — which is […]

WASHINGTON — Senators and the White House are locked in intense negotiations to salvage a bipartisan infrastructure deal, with pressure mounting on all sides to wrap up talks and show progress on President Joe Biden’s top priority. Despite weeks of closed-door discussions, senators from the bipartisan group blew past a Monday deadline set for agreement […]