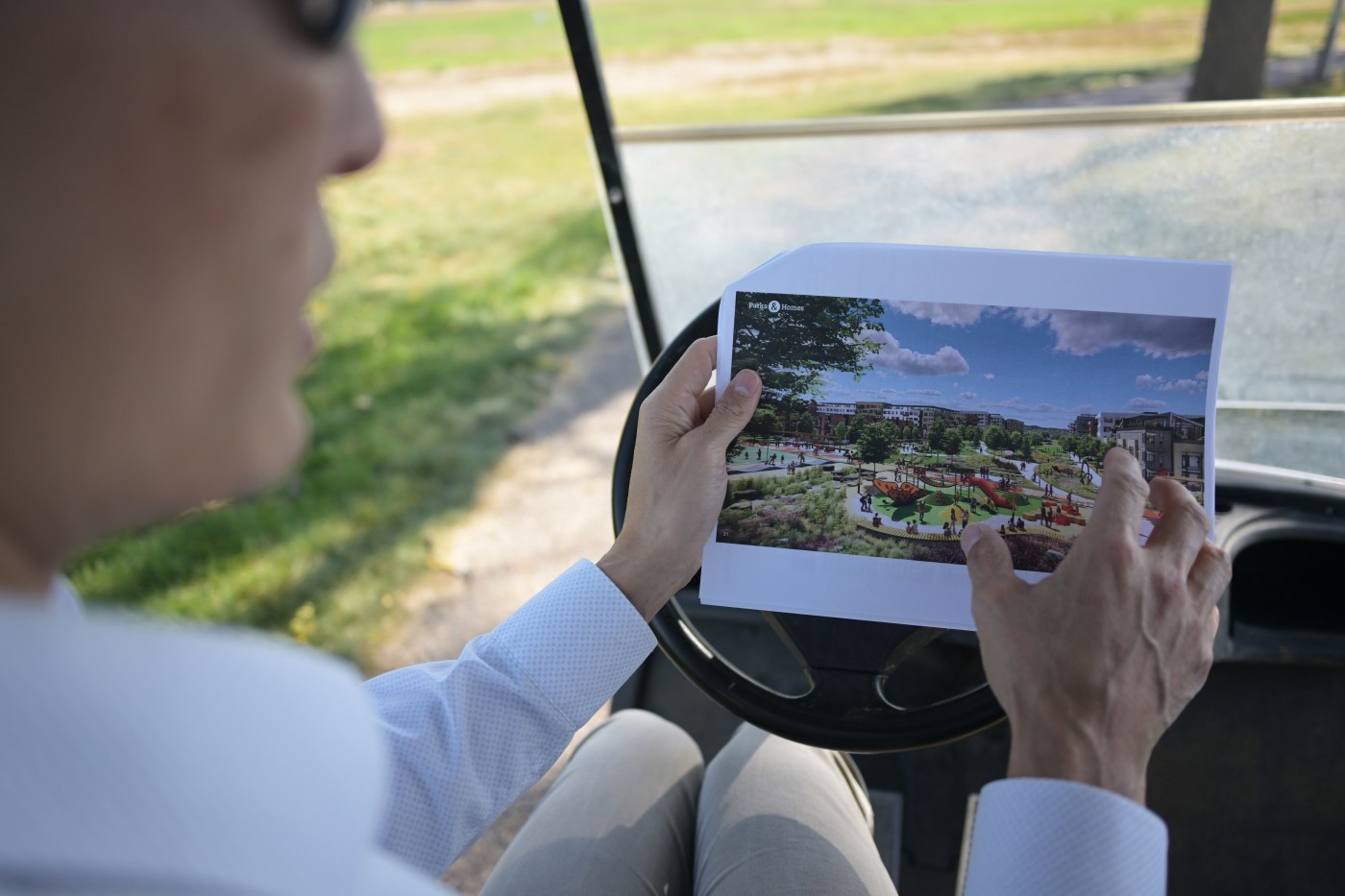 The future of the dormant Park Hill golf course in northeast Denver is headed back to the ballot.

The Denver City Council on Monday night referred a question to the April 4 municipal election that would give voters the option the wipe out the legal agreement that prevents most things from being built on that green space and open it up to a redevelopment future that could include up to 3,200 new housing units, retail, and many neighbors hope, a grocery store.

A years-long city planning process and hours upon hours of public testimony culminated Monday night in a marathon meeting and four council votes that will have a heavy bearing on the future of the 155-acre property located at the northeast corner of Colorado Boulevard and East 35th Avenue.

The most impactful of those votes came after midnight. The council voted 11 to 2 to put the future of the property back in the hands of the city’s electorate this spring. Council members Candi CdeBaca and Paul Kashmann were the two no votes, having consistently opposed the redevelopment of the golf course land.

The forthcoming ballot measure is the result of the 2021 election in which Denver voters passed Initiated Ordinance 301. That measure strengthened a city-owned conservation easement on the property by mandating that any attempts to lift it must first be approved in a city-wide election.

The question that will appear on the city’s packed April 4 ballot reads:

“Shall the voters of the City and County of Denver authorize the release of the City-owned conservation easement on privately owned property known as the Park Hill Golf Course, which requires the land to be used primarily for golf-related purposes, and allow for commercial and residential development, including affordable housing, and public regional park, trail (sic) and open space.”

“It’s going to be up to the people, not us,” Councilman Kevin Flynn said.

The council approved three other bills dealing with the golf course property Monday.

First, the council voted 9-4 to approve the creation of five metro districts with the authority to collect property taxes on the land to pay for the construction of infrastructure and some maintenance going forward.

Next the council approved rezoning the land, turning it from privately-owned park space into a variety of zonings that will clear the western portion of the property for development that could reach as high as 12 stories tall at the northwest corner. The eastern chunk of the land, which includes a 25-acre stormwater detention area, is zoned as park space. The changes line up with a long-term plan for the property approved by the council last month. The rezoning also passed 9-4.

In both those votes, CdeBaca, Kashman and Councilwoman Amanda Sandoval and Council President Jamie Torres voted no.

Torres joined the majority in passing a development agreement between the city and the property’s owners, development firms Westside Investment Partners and the Holleran Group.

No Labels Colorado, the local branch of a national political effort intended to appeal to “commonsense solutions” over partisanship, has officially qualified to become Colorado’s six minor political party, the Secretary of State’s Office announced Tuesday. The party submitted more than 11,800 valid signatures in early January to support its establishment as a minor political […]

Colorado Democrats agree something must be done about guns — but what?

Early and pointedly, Colorado Democrats staked gun violence reduction as a top priority this legislative session. But early proposals have lawmakers disagreeing on the best way to achieve that. A Democratic lawmaker recently previewed a bill that would ban the sale, transfer and manufacture of assault weapons in Colorado, though it wouldn’t affect possession. Others […]

Wearing a green prison jumpsuit with long white sleeves underneath, Robin Farris kept her focus on the parole officers on the computer screen as she answered their questions, sometimes crying as she spoke. She said she doesn’t expect Beatrice King’s family to forgive her for killing the Aurora woman whom she was dating in 1990. […]