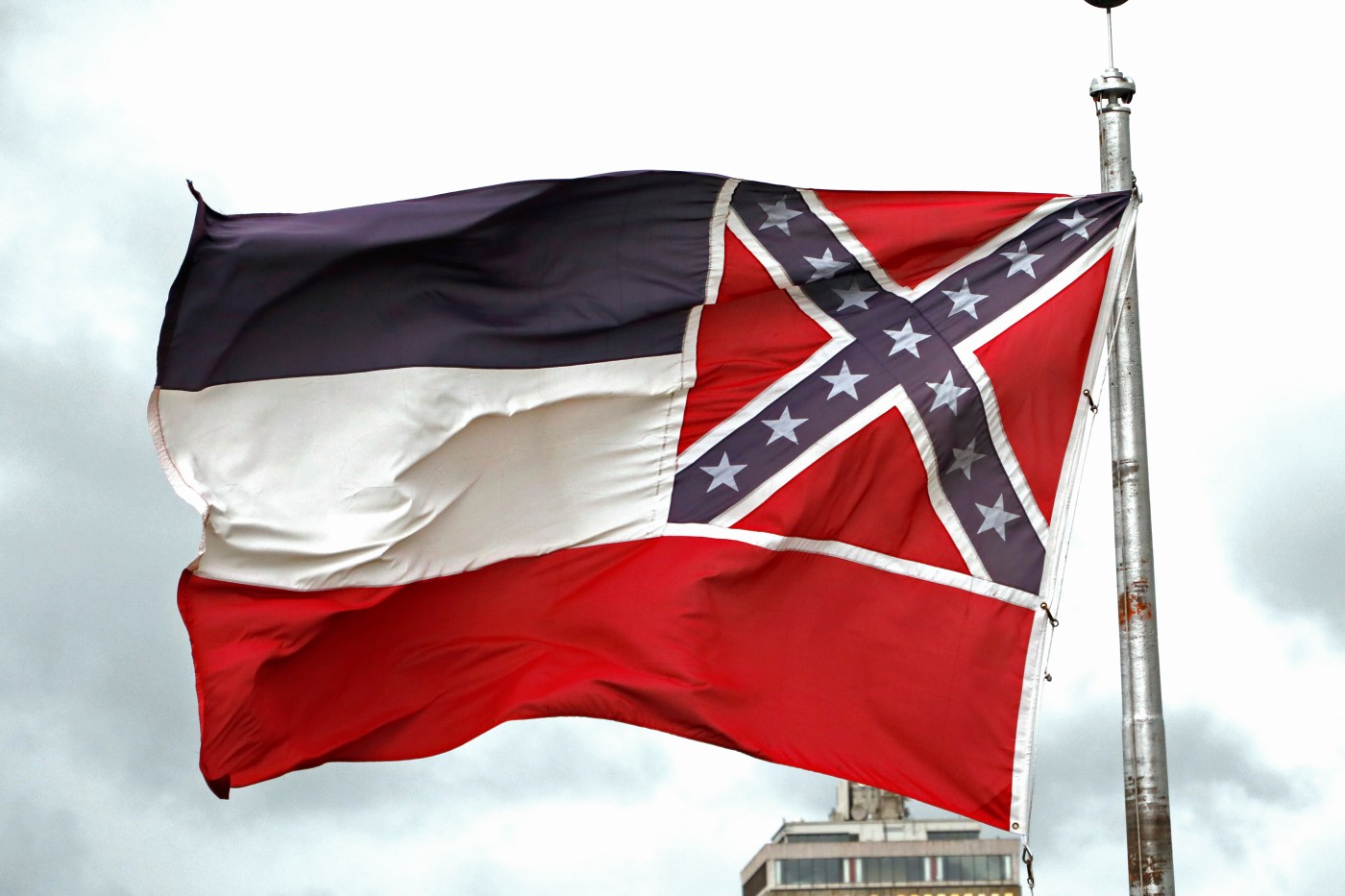 Mississippi Gov. Tate Reeves on Tuesday signed a bill that takes a historic step to retire the last US state flag to feature the Confederate insignia.

“This is not a political moment to me, but a solemn occasion to lead our Mississippi family to come together to be reconciled and to move on,” Reeves, a Republican, said before he signed the legislation.

The signing caps a swift referendum on the flag from the Mississippi state Legislature, which passed the bill on Sunday following weeks of racial justice protests across the country. The flag, first adopted in 1894, has red, white and blue stripes with the Confederate battle emblem in one corner.

A commission will now develop a new flag design without the Confederate emblem that includes the phrase “In God, We Trust.” Mississippi voters will vote on the new design in November.

“I know there are people of goodwill who are not happy to see this flag changed. They fear a chain reaction ofevents erasing our history — a history that is no doubt complicated and imperfect,” Reeves said Tuesday.

“I understand those concerns and am determined to protect Mississippi from that dangerous outcome.”

The flag of the Confederacy, its symbols and the statues commemorating Confederate leaders have long divided the country. Critics call the flag a symbol that represents the war to uphold slavery, while supporters call it a sign of Southern pride and heritage.

The symbols have increasingly become a rallying call for white supremacists.

In recent weeks, the police killing of George Floyd has spurred the removal — by protesters in some cases and city leaders in others — of contentious statues and Confederate symbols that have upset some residents for decades, if not longer.

Floyd, a 46-year-old Black man, died on May 25 in Minneapolis. While being arrested, Floyd was held down by a White Minneapolis police officer’s knee for more than eight minutes.

Floyd’s death in police custody, which was captured on video, has prompted widespread conversations about systemic racism.

They said it: Black coaches speak out

“As an African American, there is a lot I can tell you. I’ve been getting pulled over by the police ever since I started driving at 16 years old. And to this day, when I see a police car, I get nervous.” — Jason Miller, 42, football coach at Palo Alto’s Gunn High School, who […]

Why the noose is such a potent symbol of hate

By Alaa Elassar | CNN A noose. It’s simply the loop at the end of a rope, under a running knot, which tightens as it’s pulled. And yet it has the power to spur shivers of terror. In America, the hangman’s noose has come to symbolize a deplorable act of brutality, along with unbound fear […]

While Confederate statues come down, other symbols targeted