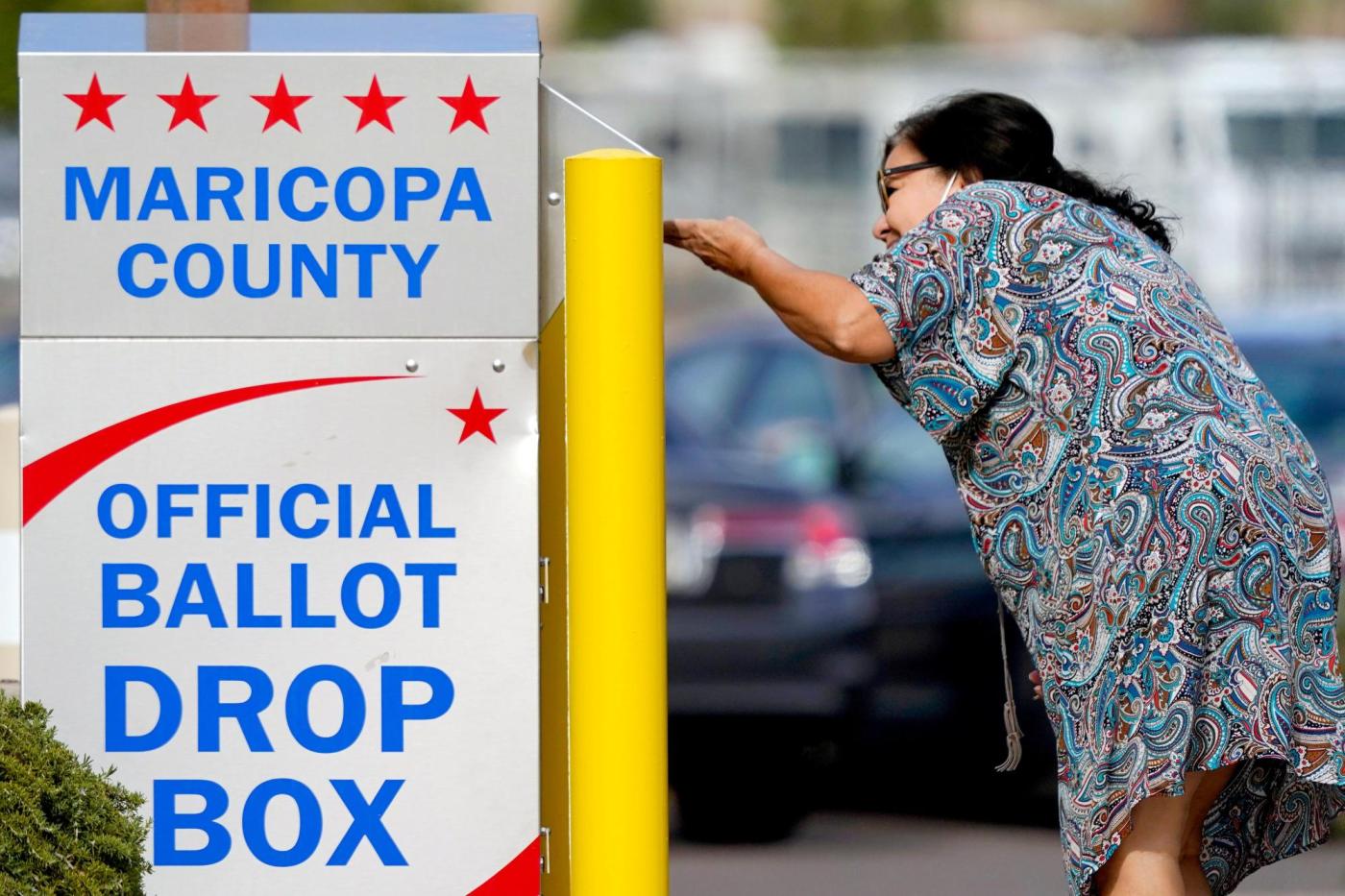 Before Election Day, anxiety mounted over potential chaos at the polls.

Election officials warned about poll watchers who had been steeped in conspiracy theories falsely claiming that then-President Donald Trump did not actually lose the 2020 election. Democrats and voting rights groups worried about the effects of new election laws, in some Republican-controlled states, that President Joe Biden decried as “Jim Crow 2.0.” Law enforcement agencies were monitoring possible threats at the polls.

Yet Election Day, and the weeks of early voting before it, went fairly smoothly. There were some reports of unruly poll watchers disrupting voting, but they were scattered. Groups of armed vigilantes began watching over a handful of ballot drop boxes in Arizona until a judge ordered them to stay far away to ensure they would not intimidate voters. And while it might take months to figure out their full impact, GOP-backed voting laws enacted after the 2020 election did not appear to cause major disruptions the way they did during the March primary in Texas.

“The entire ecosystem in a lot of ways has become more resilient in the aftermath of 2020,” said Amber McReynolds, a former Denver elections director who advises a number of voting rights organizations. “There’s been a lot of effort on ensuring things went well.”

Even though some voting experts’ worst fears didn’t materialize, some voters still experienced the types of routine foul-ups that happen on a small scale in every election. Many of those fell disproportionately on Black and Hispanic voters.

“Things went better than expected,” said Amir Badat of the NAACP Legal Defense Fund. “But we have to say that with a caveat: Our expectations are low.”

There were particular problems in Harris County, Texas, which includes Houston. Shortages of paper ballots and at least one polling location opening late led to long lines and triggered an investigation of the predominantly Democratic county by the state’s Republican authorities.

The investigation is partly a reflection of how certain voting snafus on Election Day are increasingly falling on Republican voters, who have been discouraged from using mailed ballots or using early in-person voting by Trump and his allies. But it’s a very different problem from what Texas had during its March primary.

Then, a controversial new voting law that increased the requirements on mail ballots led to about 13% of all such ballots being rejected, much higher compared with other elections. It was an ominous sign for a wave of new laws, passed after Trump’s loss to Biden and false claims about mail voting, but there have been no problems of that scale reported for the general election.

Republicans win back control of House with narrow majority

WASHINGTON — Republicans won control of the U.S. House on Wednesday, returning the party to power in Washington and giving conservatives leverage to blunt President Joe Biden’s agenda and spur a flurry of investigations. But a threadbare majority will pose immediate challenges for GOP leaders and complicate the party’s ability to govern. More than a […]

Denver election workers still have roughly 32,000 ballots to count from Tuesday’s midterm election but supporters of Initiated Ordinance 307, the sidewalk tax measure, finally feel confident enough to declare victory in the tightest race in the city this cycle. The Denver Elections Division counted votes through the weekend to get through a logjam after […]

WASHINGTON — When President Joe Biden speaks about the “scourge” of gun violence, his go-to answer is to zero in on so-called assault weapons. America has heard it hundreds of times, including this week after shootings in Colorado and Virginia: The president wants to sign into law a ban on high-powered guns that have the […]