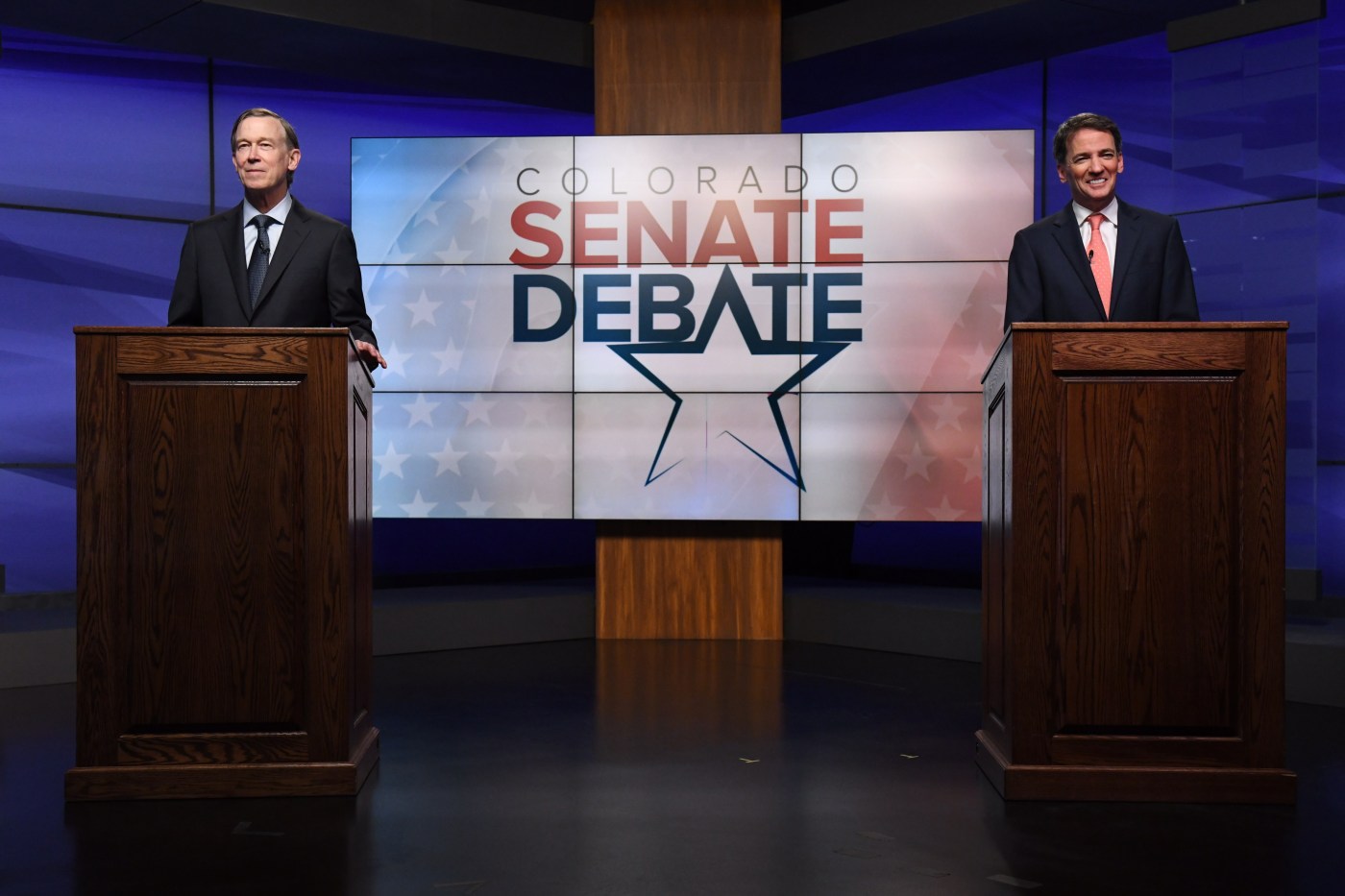 Hickenlooper, a former two-term governor and two-term mayor of Denver, entered Tuesday as the front-runner due to his name recognition and overwhelming support from the Democratic Party’s powerful establishment.

Romanoff, a former Colorado House speaker and Mental Health Colorado president, is the favorite of progressives and grassroots activists due to his support for the Green New Deal climate plan and Medicare for All.

Tuesday’s winner enters the general election campaign with an edge over Gardner, a freshman senator from Yuma, due to the state’s recent Democratic tilt and the unpopularity of President Donald Trump here. On Monday, Trump reiterated his support for Gardner, whom he rallied with in Colorado Springs earlier this year.

“Senator Cory Gardner from Colorado is a GREAT Senator who always fights for the people of his state. He protects your (2nd Amendment), loves our Vets and Military, and cares deeply about our BEAUTIFUL public lands,” Trump tweeted. “Cory has my Complete and Total Endorsement!”

Andrew Romanoff needs Colorado’s progressive voters. Can he unite them?

About 20 Democrats ran for U.S. Senate in the 2020 race, but many bowed out after Hickenlooper entered in August. Eight remained until the spring, when only the moderate Hickenlooper and the progressive Romanoff made their way onto the ballot. An eleventh-hour court challenge to add other candidates who blamed the coronavirus pandemic for signature-gathering difficulties was rejected.

The head-to-head bout between Hickenlooper and Romanoff started quietly, with Hickenlooper the presumptive leader, then tightened throughout June as Hickenlooper stumbled over ethics travails and racial gaffes. Still, the scant polling in the race showed Hickenlooper likely leading up to Election Day.

It was also in the final month that the race turned costly. Television ads worth more than $10 million saturated the airwaves, most of them either attacking Hickenlooper or defending him, and most of them funded by partisan groups outside Colorado. Hickenlooper kept his ads positive, and his allies criticized Romanoff for releasing an attack ad in the middle of the month.

The two candidates prioritized a similar trio of issues — health care, climate, and the economy — but laid out differing plans for dealing with them. Hickenlooper often cited his past record as governor and Denver’s mayor, while Romanoff more often focused on …read more

Letter: We need reporters to keep our public officials honest

I am writing regarding the NewsGuild’s “Save the News” campaign. In these times, when the public is being barraged by claims of “fake news,” we need to have more local newspaper reporters to keep our public officials honest. Local news reporting is hard work. Unless local reporters are present, the public becomes ill-informed and subject […]

Associated Press SEATTLE — The largest labor group in the Seattle area has expelled the city’s police union, saying the guild representing officers failed to address racism within its ranks. The vote Wednesday night by the King County Labor Council to exclude the Seattle Police Officers Guild comes after weeks of protests in the city […]

Scores of activists showed up to Denver City Council chambers Monday night demanding that their cries of frustration, anger and sorrow be heard and demanding that the group defund the city’s police department. The typical three-minute limit for public speakers immediately went out the window. “You are not doing enough, you are not doing enough […]