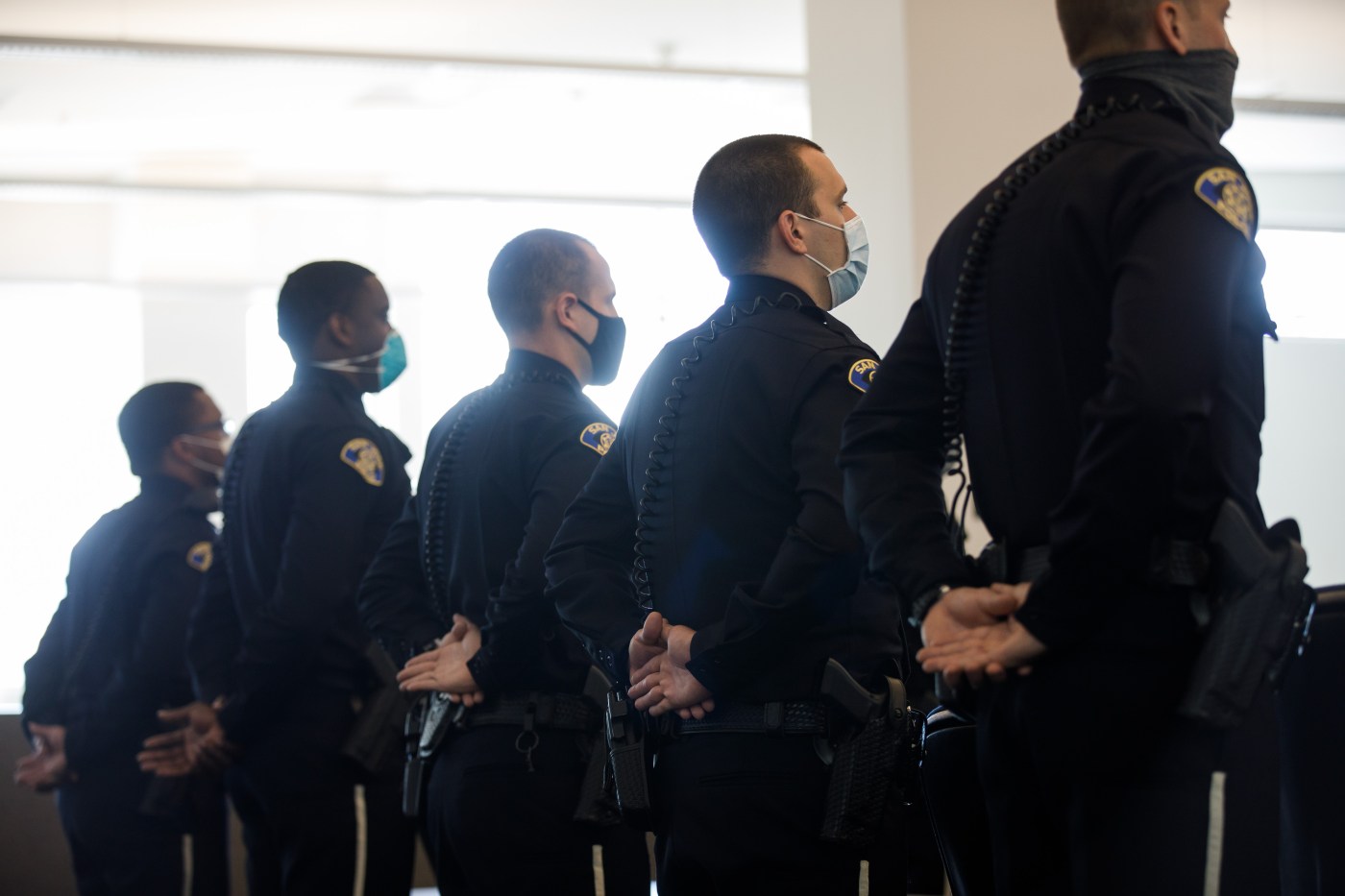 Have you ever called in sick when you were well?

Have you ever cheated on your taxes?

Have you ever sexted at work?

The application process for becoming a law enforcement officer – including a background check and psychological evaluation – is one of the most grueling, psyche-scrubbing examinations you’ll ever find.

At the Los Angeles Police Department, for example, recruiters can boot you if you’ve told jokes using a “derogatory stereotype” or used force to get your way.

So why do numerous recent studies, from the National Academy of Sciences and Texas A&M, among others, show rampant racial bias in police forces around the country?

Why do so many videos pop up showing police using violence against unarmed people like Eric Garner and Philando Castile and George Floyd?

With the coast-to-coast demand for social justice and the increasing pressure on law enforcement to reform or get defunded, an age-old question is being asked anew:

Who should be a police officer?

Police leaders in California say hiring standards are tougher than ever, despite a drop in applications. Critics say good recruits might be getting hired, but they are ruined by old school supervisors who oversee their training and early work on the streets.

Police recruiters insist education and empathy are now more important than old-school attributes, like being able to drag a 165-pound dummy.

“(Change) doesn’t happen overnight,” said Los Angeles Councilman Gil Cedillo, who stresses matching officers with the right jobs and not expecting them to do things like COVID testing. “It takes time in the training, in the negotiations with the union.”

Recruiters for Los Angeles and other departments are betting that seeking new qualities for recruits will trickle up, creating a different mindset in the force.

“When I got into it, 20 years ago, fitness was a big deal; military (experience) was a big deal. Now, it’s the totality of the person,” said San Jose Police Lt. Stephen Donohue, who is in charge of the department’s recruiting effort. “We don’t want the guy that’s going to get into a bar fight. We want the guy that walks away.”

Even reformers note that law enforcement hires from the human race and that basic human problems are bound to slip through.

“You can’t polygraph for racism,” said Charlie Scheer, an associate professor at the University of Southern Mississippi.

But Scheer also said while police might be looking for compassionate candidates, their recruiting campaigns often emphasize something else.

“There’s a disconnect in how we’re selling the career to these applicants, we ‘Starsky & Hutch’ them,” Scheer said, referring to a television show that portrayed police as streetwise action heroes.

A 2018 recruiting video for the La Habra Police Department is typical. The one-minute spot features numerous scenes of cool police equipment and rifle-toting SWAT officers in camouflage, but nothing showing a civilian being helped by a compassionate officer.

Gov. Jared Polis plans to extend Colorado’s statewide mask mandate before it expires this weekend, his staff confirmed Wednesday. “Our data has shown that mask wearing has contributed to our great success thus far in reducing the spread of the virus and helping more and more of our economy re-open rapidly including our schools,” Polis […]

By Danica Kirka | Associated Press LONDON — John Hume, the visionary politician who won a Nobel Peace Prize for fashioning the agreement that ended violence in his native Northern Ireland, has died at 83, his family said Monday. The Catholic leader of the moderate Social Democratic and Labour Party, Hume was seen as the […]

Should Denver city government enter the internet business to compete with Comcast and CenturyLink? Voters will get a say in November.

Denver City Councilman Paul Kashmann estimates as much as a fifth of Denver’s homes are without high-speed internet, a serious gap in coverage during the work-from-home and online education era sparked by the novel coronavirus pandemic. So Kashmann led a push to ask city voters to approve a November ballot question that would allow Denver […]