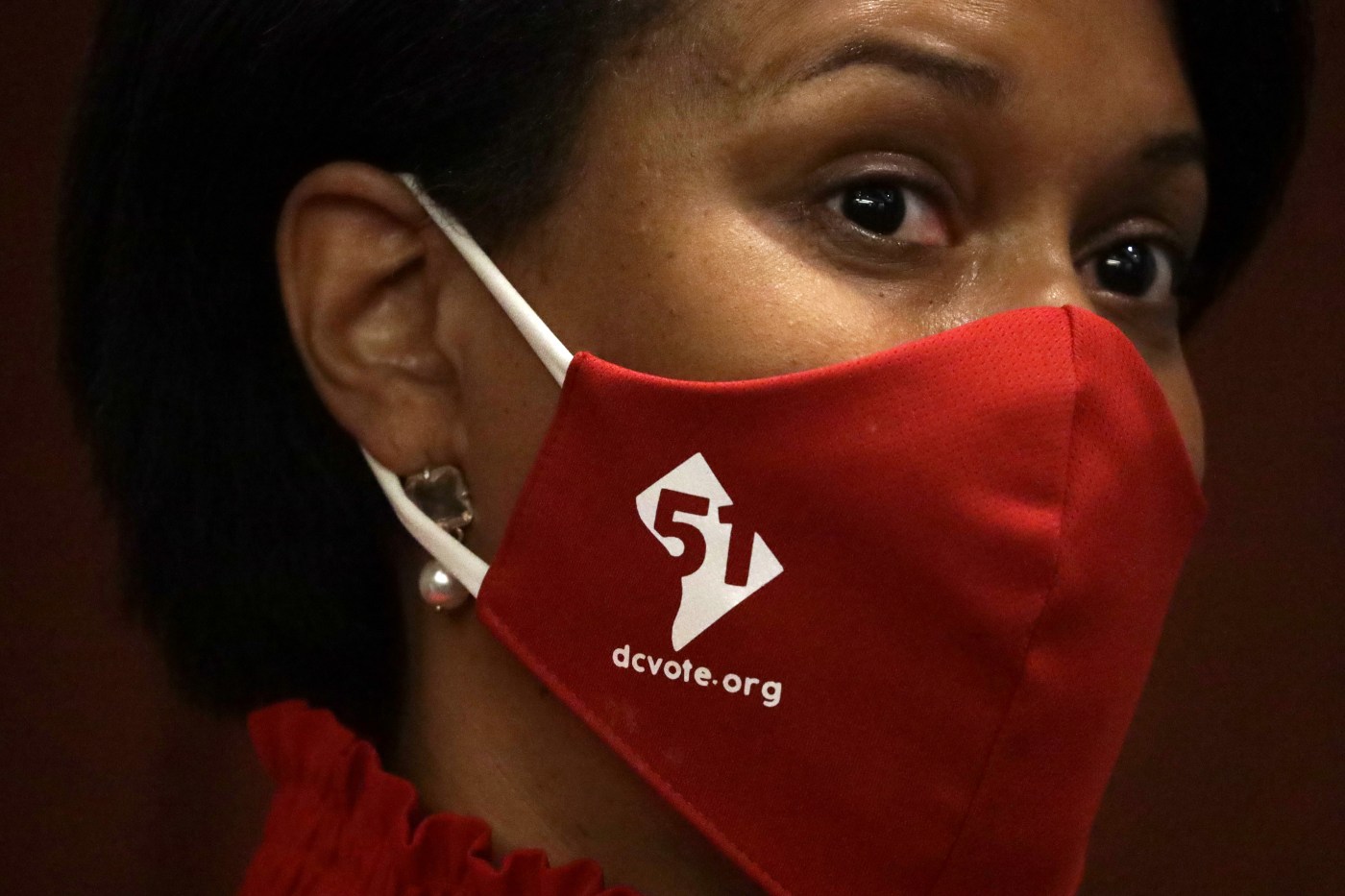 House Democrats approved a bill to admit Washington, DC, as a state on Friday, marking the first time either chamber of Congress has advanced a DC statehood measure.

The bill, introduced by DC’s nonvoting House member, Del. Eleanor Holmes Norton, would shrink the federal capital to a small area encompassing the White House, Capitol building, Supreme Court, and other federal buildings along the National Mall. The rest of the city would become the 51st state, named the Washington, Douglass Commonwealth after abolitionist Frederick Douglass.

The bill passed with a vote of 232-180. Rep. Collin Peterson of Minnesota was the only Democrat to join Republicans in voting against it. Independent Rep. Justin Amash of Michigan also voted no.

It is unlikely to gain traction in the Republican-held Senate, however, and the White House said this week that President Donald Trump would veto the bill if it came to his desk.

Trump told the New York Post in an interview last month that DC statehood will “never happen unless we have some very, very stupid Republicans.”

“DC will never be a state,” Trump said in the interview. “You mean District of Columbia, a state? Why? So we can have two more Democratic — Democrat senators and five more congressmen? No thank you. That’ll never happen.”

Democrats in recent weeks have argued the necessity for statehood has never been clearer, after the Trump administration mobilized federal law enforcement to respond to protests about systemic racism in policing. They expressed outrage with the decision to forcibly clear peaceful protesters from outside the White House earlier this month, which was done to allow Trump’s photo op at St. John’s church.

“Not only do we not have voting senators and our congresswoman not have the right to vote, the whims of the federal government can encroach on our even limited autonomy, and it can do so in ways that are threats to all of the American states and all of the American people,” Washington Mayor Muriel Bowser said Thursday. “Let’s fight back against the cries that we’re too liberal or we’re too black or there are too many Democrats. Who we elect is our business, and the business of America is to make sure that each person is represented fully in this House and in the Senate of the United States of America.”

Proponents of making DC a state also point to the area’s large population, which surpasses the populations of Wyoming and Vermont. As of June 2019, DC had more than 705,000 residents, according to estimates from the US Census Bureau.

To become law, the bill’s supporters argue it would only have to pass both chambers of Congress with a simple majority and then be signed by the President. They say the legislation’s strategy of resizing the capital area would sidestep constitutional questions about making the rest of DC a state. But Republicans who oppose DC statehood maintain that adding the district as a …read more

Five-term U.S. Rep. Scott Tipton was trailing his Republican challenger in very early primary results Tuesday as voters weighed in on active contests on both sides of the aisle in Colorado’s 3rd Congressional District. After polls closed at 7 p.m., challenger Lauren Boebert was winning 64% of the vote to Tipton’s 36%. In the Democratic […]

Denver International Airport will have to pay Adams County $33.5 million for noise violations that impacted nearby neighborhoods during a three-year period starting in 2014, a judge has ruled. The ruling from Jefferson County District Judge Christie Bachmeyer was handed down on Friday but became public Monday. The judge said DIA didn’t properly monitor noise […]

Latest line: A good week for health officials, bad one for Columbus