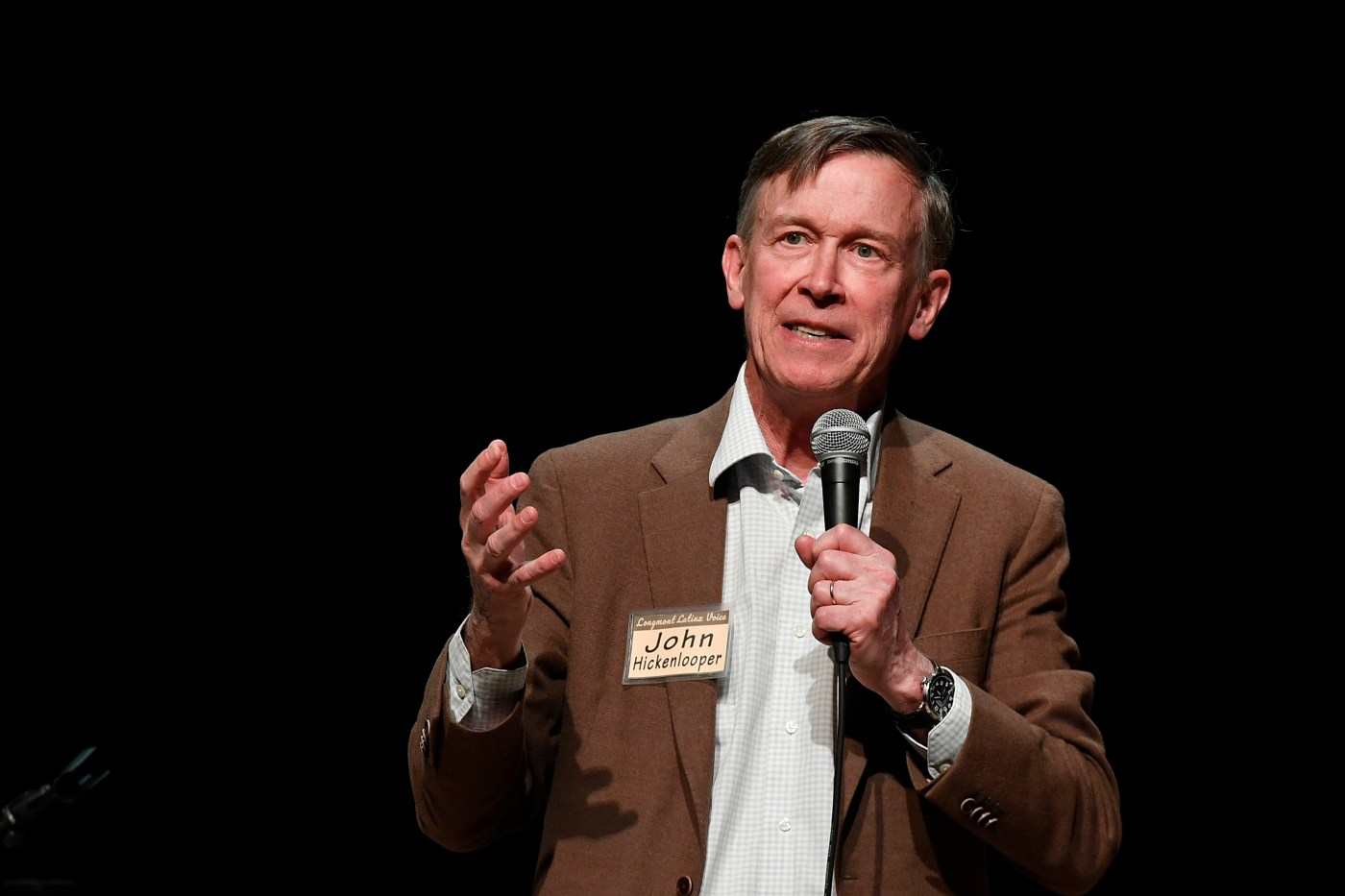 Former Colorado governor and current Democratic U.S. Senate candidate John Hickenlooper says he won’t appear for his own ethics trial if it proceeds by video, as currently scheduled.

In a motion filed Friday afternoon, Hickenlooper’s attorney, Marc Grueskin, said their camp is prepared to sue in Denver District Court if the state Independent Ethics Commission does not delay the hearing and allow for a new one at which Hickenlooper can consult in real time with his attorney.

Hickenlooper was accused in 2018 by the Public Trust Institute — a dark-money entity that formed just before the accusation, and that is run by the former Republican speaker of the Colorado House Frank McNulty — of violating Amendment 41 of the state Constitution, which bars state employees and officials from accepting gifts worth more than $53 per year.

The state’s Independent Ethics Commission spent more than a year investigating and focused its probe on a handful of flights the governor took during his last year in office.

The hearing in this case was supposed to take place in February, but it was pushed to March and then pushed again because of the coronavirus. The Commission settled on a June 4 virtual hearing, and it’s that plan that Hickenlooper is now opposing. He would prefer the hearing be conducted in person or in writing.

If neither is allowed, Grueskin’s motion reads, “the only reasonable course is to adjourn this proceeding so (Hickenlooper) and the Commission can obtain the decision of the Denver District Court regarding whether a compromised hearing satisfies Respondent’s fundamental due process rights.”

The motion continues: “Based on the uncertainty of this Commission’s ability to assure those rights and guarantees, (Hickenlooper) has determined that, given the change in hearing format, he will not appear at the hearing as it is now scheduled.”

Gov. Hickenlooper jet-sets across the globe on private planes paid for by others, new ethics complaint alleges

Suzanne Staiert, an attorney for the Public Trust Institute who is also a Republican candidate for the state Senate, says her camp has no objection to Hickenlooper wanting an in-person hearing. In fact, they have previously pushed for one. But, Staiert said she does object to the idea that a hearing might go on without its subject present to testify.

“We think the Ethics Commission needs to go to District Court and compel his attendance at the hearing, because he’s said numerous times he’s going to appear, and they have the power of subpoena,” she said.

In a month, the financial shortfall projected for Denver from the coronavirus pandemic increased more than 25% to a total of $226 million, and drastic steps like employee furloughs are needed to make up the difference, city officials announced Thursday. The majority of the city’s about 12,000 employees must take eight unpaid furlough days by […]

By Lolita C. Baldor and Michael Balsamo | Associated Press A shooting at a Texas naval air station that wounded a sailor and left the gunman dead early Thursday was being investigated as “terrorism-related,” the FBI said, but divulged few details as to why. The suspect was identified as Adam Alsahli of Corpus Christi, according […]

Walters: Don’t read too much into GOP win in SoCal special election

Clem Miller, a congressman from California’s North Coast known as Spendin’ Clem for his ability to bring home pork-barrel funding, was a shoo-in for re-election to a third term in 1962. However, a month before the election, a small plane carrying Miller to a campaign appearance crashed in the hills east of Eureka, killing him, […]