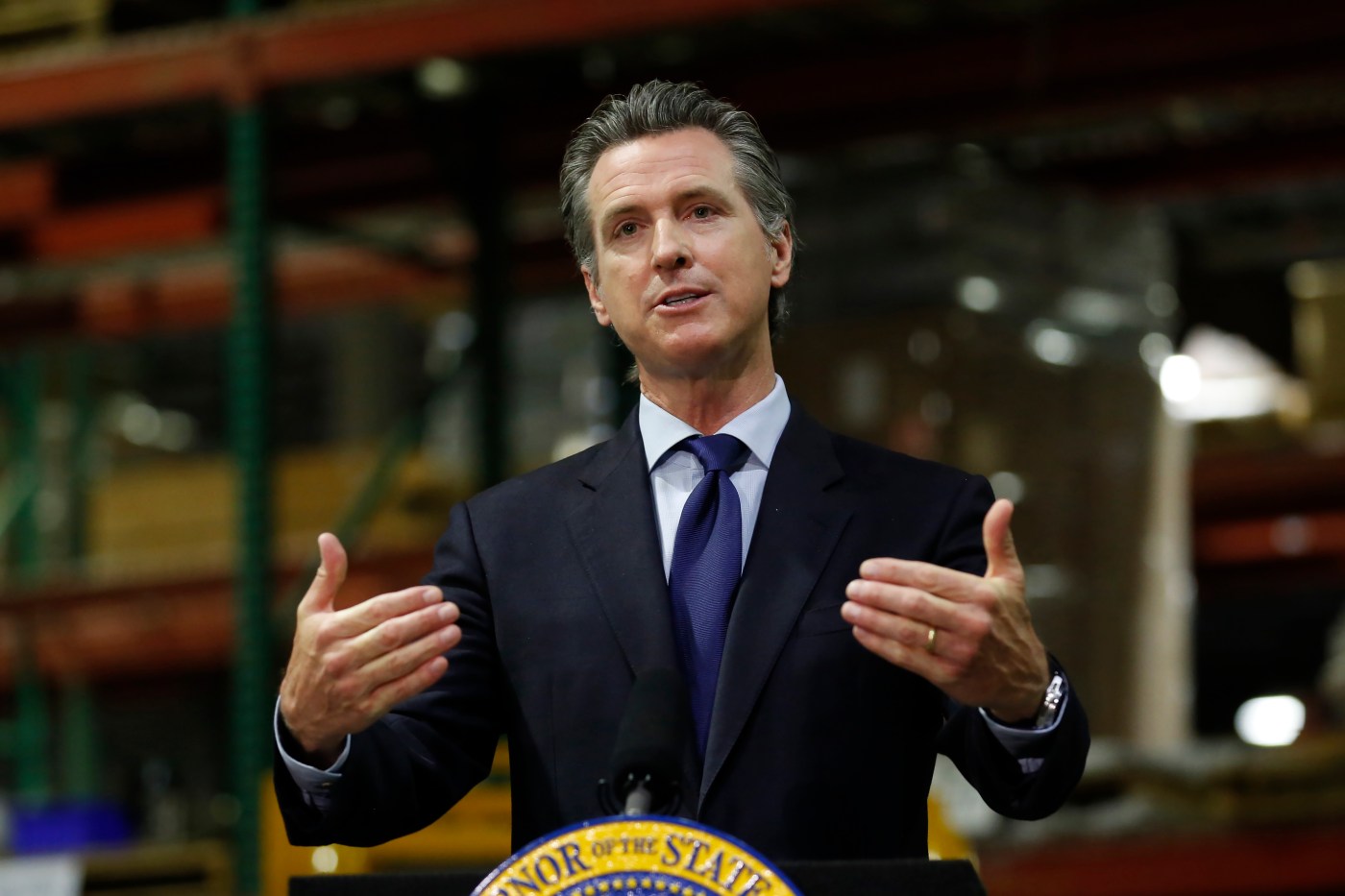 SACRAMENTO, Calif. — California Gov. Gavin Newsom has pardoned 13 former prisoners, including three whose immigration status may benefit from the decision. He also commuted the sentences of 21 current inmates, including several who killed their victims and had been serving life-without-parole sentences.

Sophea Om, 37, was deported to Cambodia in 2011, where she now is a teacher. She sought the pardon to aid her bid to return to the United States, where her 16-year-old U.S. citizen son still lives. She was sentenced to two years in prison in 2006 after pleading guilty in Los Angeles County to acquiring an access card, according to the governor’s office.

Ny Nourn, 39, of San Francisco is attempting to avoid deportation to Cambodia.

She was convicted of second-degree murder in San Diego County in 2003. Newsom’s office said she was 18 when she helped lure her victim to his death at the direction of her 38-year-old abusive boyfriend, who shot him.

Both women were born in refugee camps in Thailand and legally entered the United States with their families, his office said, Om when she was 18 months old and Nourn when she was 5.

Chheng “Michael” Lao lawfully entered the U.S. when he was 5, and also is seeking to avoid deportation to Cambodia. He was 21 in 1995 when he was convicted of residential burglary in Los Angeles County. He is now married with two children.

Newsom’s office called the deportations “an unjust collateral consequence that would harm their families and communities.”

— Melissa Arechiga, a single mother of five, was 21 when she was convicted in 1996 of carjacking in Los Angeles County.

— Jesus Avendano sought a pardon so he can become a nurse. The then-24-year-old was convicted in 1998 of arson in Los Angeles County.

— Steven Bohannan of Stanislaus County was convicted in 1994 of grand theft in Imperial County.

— Carlos Castaneda was 21 in 1995 when he was convicted of possessing marijuana for sale in San Diego County.

— Tina Renee Conklin, who now lives in Washington state, was 23 when she was convicted in 1987 of possessing marijuana for sale in Santa Clara County.

— Stephen Frize was 24 when he was convicted in 1996 of drawing a firearm and carrying a loaded firearm in public in Orange County.

— Richard Gamez of El Dorado County was 21 when he was convicted in Sacramento County in 1995 of presenting a false claim for payment.

— Robert Ilgenfritz was 21 when he was convicted in 2009 in Los Angeles County of possessing a controlled substance for sale.

— Richard Morrison, who now lives in Colorado, was 22 when he was convicted in 1994 in San Diego County of attempted second-degree burglary.

— Christopher Morton Osborn of Los Angeles County was 21 in 2002 when he was convicted in Orange County of possessing marijuana for sale and selling or transporting marijuana.

The 21 commutations of current inmates’ sentences require them to appear before the Board of Parole Hearings, which will decide if they can safely be released.

The cruelty of the ‘face mask exemption’ scams

When the history books one day look back at the thousands of easily-preventable deaths during the Great Coronavirus Pandemic of 2020, they will start with Facebook. The social media website has been “a coronavirus conspiracy hellhole” since the outbreak began, though its deadliest legacy will no doubt be its role in reinforcing Americans’ aversion to […]

VALLEJO, Calif. (AP) — California’s attorney general declined Wednesday to independently investigate the fatal shooting of a man police say they initially thought was carrying a handgun in his waistband but actually had a hammer. Sean Monterrosa, 22, of San Francisco was suspected of stealing from a San Francisco Bay Area pharmacy amid national protests […]

By Keith Coffman | Reuters Colorado Governor Jared Polis on Thursday appointed a special prosecutor to investigate the 2019 death of an unarmed Black man who died days after he was subdued by three policemen and injected with a powerful sedative. Polis said the state’s attorney general, Phil Weiser, will probe the death of Elijah […]