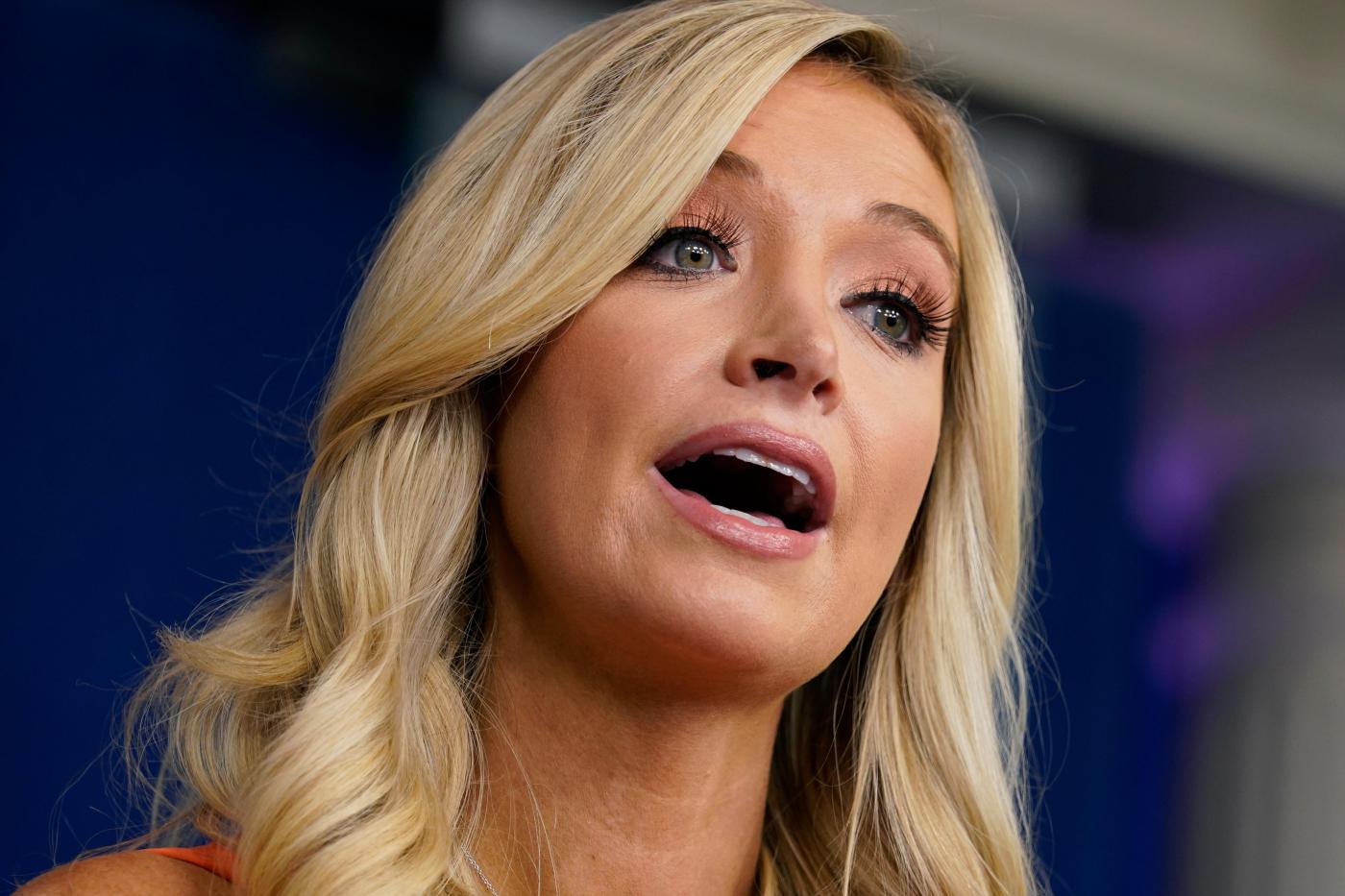 WASHINGTON — Eight Republican lawmakers attended a White House briefing Monday about explosive allegations that Russia secretly offered bounties to Taliban-linked militants for killing American troops in Afghanistan — intelligence the president himself was said to have not been fully read in on.

Members of Congress in both parties called for additional information and consequences for Russia and its president, Vladimir Putin, even as White House press secretary Kayleigh McEnany insisted President Donald Trump had not been briefed on the findings because they hadn’t been verified. Eight Democrats were to be briefed Tuesday morning.

The White House seemed to be setting an unusually high bar for bringing the information to Trump, since it is rare for intelligence to be confirmed without a shadow of doubt before it is presented to senior government decision-makers. McEnany declined to say why a different standard of confidence in the intelligence applied to briefing lawmakers than bringing the information to the president.

Republicans who were in the briefing expressed alarm about Russia’s activities in Afghanistan.

Rep. Michael McCaul, the ranking member of the House Foreign Affairs Committee, and Rep. Adam Kinzinger were in the briefing Monday led by Director of National Intelligence John Ratcliffe, White House chief of staff Mark Meadows and National Security Adviser Robert O’Brien. McCaul and Kinzinger said in a statement that lawmakers were told “there is an ongoing review to determine the accuracy of these reports.”

“If the intelligence review process verifies the reports, we strongly encourage the Administration to take swift and serious action to hold the Putin regime accountable,” they said.

Rep. Liz Cheney, R-Wyo., and Texas Rep. Mac Thornberry, the top Republican on the House Armed Services Committee, said, “After today’s briefing with senior White House officials, we remain concerned about Russian activity in Afghanistan, including reports that they have targeted U.S. forces.”

On CNN, House Speaker Nancy Pelosi confirmed the timing of the Democratic briefing but said “it’s no substitute for what they owe the Congress of the United States.” She said “this is as serious as it gets.”

She speculated that Trump wasn’t briefed “because they know it makes him very unhappy, and all roads for him, as you know, lead to Putin. And would he tell Putin what they knew?”

McEnany, for her part, repeatedly stressed that the allegations had not been confirmed.

How the Trump campaign is drawing Obama out of retirement

World hits 500,000 confirmed deaths amid fears of worst to come

By Ashley Fantz and Casey Tolan | CNN It was a moment that captured national attention and revealed an important lesson about police reform. A Fort Lauderdale, Florida, policeman, facing off against a line of yelling demonstrators, sticks his finger in the face of a protester. He then turns toward a kneeling woman, her hands […]

Wilkinson: Justices who favor gun rights fear Roberts does not

Americans have been fighting over guns with growing intensity since the onset of the culture wars in the 1960s. This week, the U.S. Supreme Court decided to sit back and let the battle rage. The court opted not to hear 10 different gun rights cases, including some that would have enabled the justices to clarify […]

Efforts to create a paid family and medical leave program in Colorado ran aground at the statehouse again this year with coronavirus partly to blame. With the sponsors of that would-be legislation backing them, a group of supporters on Monday formally launched their campaign to get paid leave on Colorado’s November ballot and passed into […]