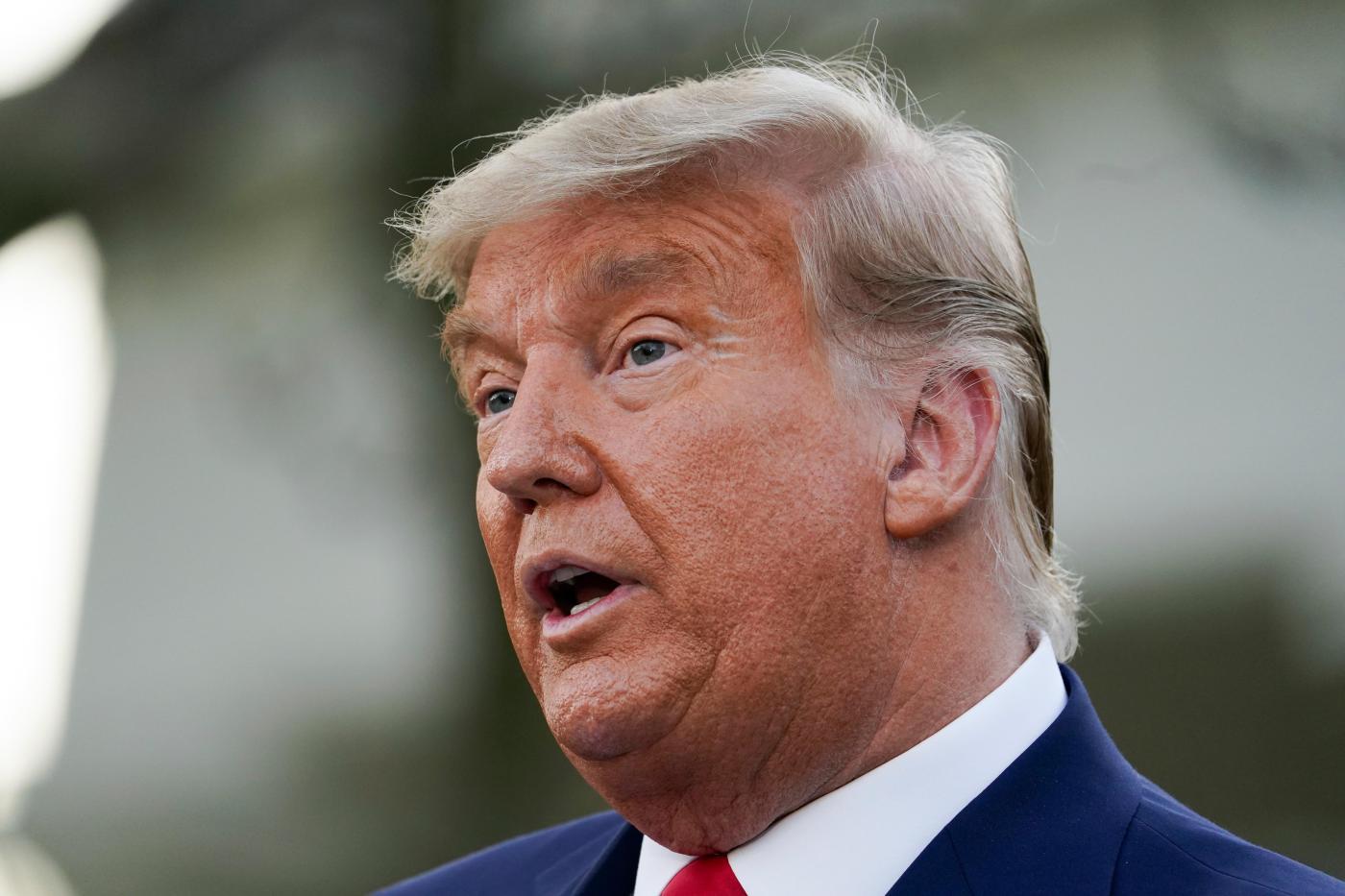 WASHINGTON — President Donald Trump on Friday wrongly claimed full credit for Pfizer Inc.’s announcement that its COVID-19 vaccine was robustly successful and suggested without evidence that a separate state review will cause a protracted delay for New York residents waiting for a vaccine.

A look at the statements, made during his first public remarks since his defeat by President-elect Joe Biden:

TRUMP: “As a result of Operation Warp Speed, Pfizer announced on Monday that its China virus vaccine was more than 90% effective. …Pfizer said it wasn’t part of Warp Speed, but that turned out to be an unfortunate misrepresentation.”

THE FACTS: Not so much. Pfizer notably did not accept government money to develop, test or expand manufacturing capacity under Trump’s Operation Warp Speed initiative to quickly find a vaccine and treatments for the disease sweeping the country.

In fact, Pfizer partnered with the vaccine’s original developer, Germany’s BioNTech, in March and the following month announced the first human study in Germany. The White House announced Operation Warp Speed in May.

Pfizer opted not to join Operation Warp Speed initially but is following the same general requirements for the vaccine’s development as competitors who received government research money. The company says it has risked $2 billion of its own money on vaccine development and won’t get anything from Washington unless the effort is successful.

“Pfizer’s COVID-19 vaccine development and manufacturing costs have been entirely self-funded,” Pfizer spokeswoman Jerica Pitts said this week. “We decided to self-fund our efforts so we could move as fast as possible.”

However, Pfizer did sign an agreement with the U.S. government in July worth $1.95 billion — if the vaccine pans out and is cleared by the FDA — to supply 100 million doses. That guarantees Pfizer a U.S. market, an important incentive.

The supply side of Operation Warp Speed also allows Pfizer logistical help, although the company will directly ship its own vaccine, while the government will control shipping of other COVID-19 vaccines.

Pfizer’s announcement does not mean a vaccine has been approved and will immediately hit the market.

The next step for Pfizer would be to apply for “emergency use authorization” by the Food and Drug Administration, probably later this month, which would allow for limited distribution before it seeks full FDA approval for wider use by the general public in 2021. Neither step is guaranteed to happen.

TRUMP: “The vaccine will be available to the entire general population with the exception of places like New York state where for political reasons the governor decided to say — and I don’t think it’s good politically, I think it’s very bad from a health standpoint — but he wants to take his time with a vaccine. …We can’t be delivering it to a state that won’t be giving it to its people immediately.”

Trump is referring to a state panel of experts that New York Gov. Andrew Cuomo announced in September to review any coronavirus vaccine authorized by the Food and Drug …read more

Biden vows to “get right to work” despite Trump resistance

WILMINGTON, Del. — Vowing “to get right to work,” President-elect Joe Biden on Tuesday shrugged off President Donald Trump’s fierce refusal to accept the election outcome as “inconsequential,” even as Democrats elsewhere warned that the Republican president’s actions were dangerous. Raising unsupported claims of voter fraud, Trump has blocked the incoming president from receiving intelligence […]

WASHINGTON — President-elect Joe Biden is expected to nominate Antony Blinken as secretary of state, according to multiple people familiar with the Biden team’s planning. Blinken, 58, served as deputy secretary of state and deputy national security adviser during the Obama administration and has close ties with Biden. If nominated and confirmed, he would be […]

Hyoung Chang, The Denver Post Tara Padilla is pictured at home in Commerce City on Friday, Nov. 13, 2020. Low-wage workers face greatest risk Economic ruin in a shutdown scenario can take many forms. When Gov. Jared Polis issued a statewide stay-at-home order in March, he did so with the knowledge that federal coronavirus relief […]