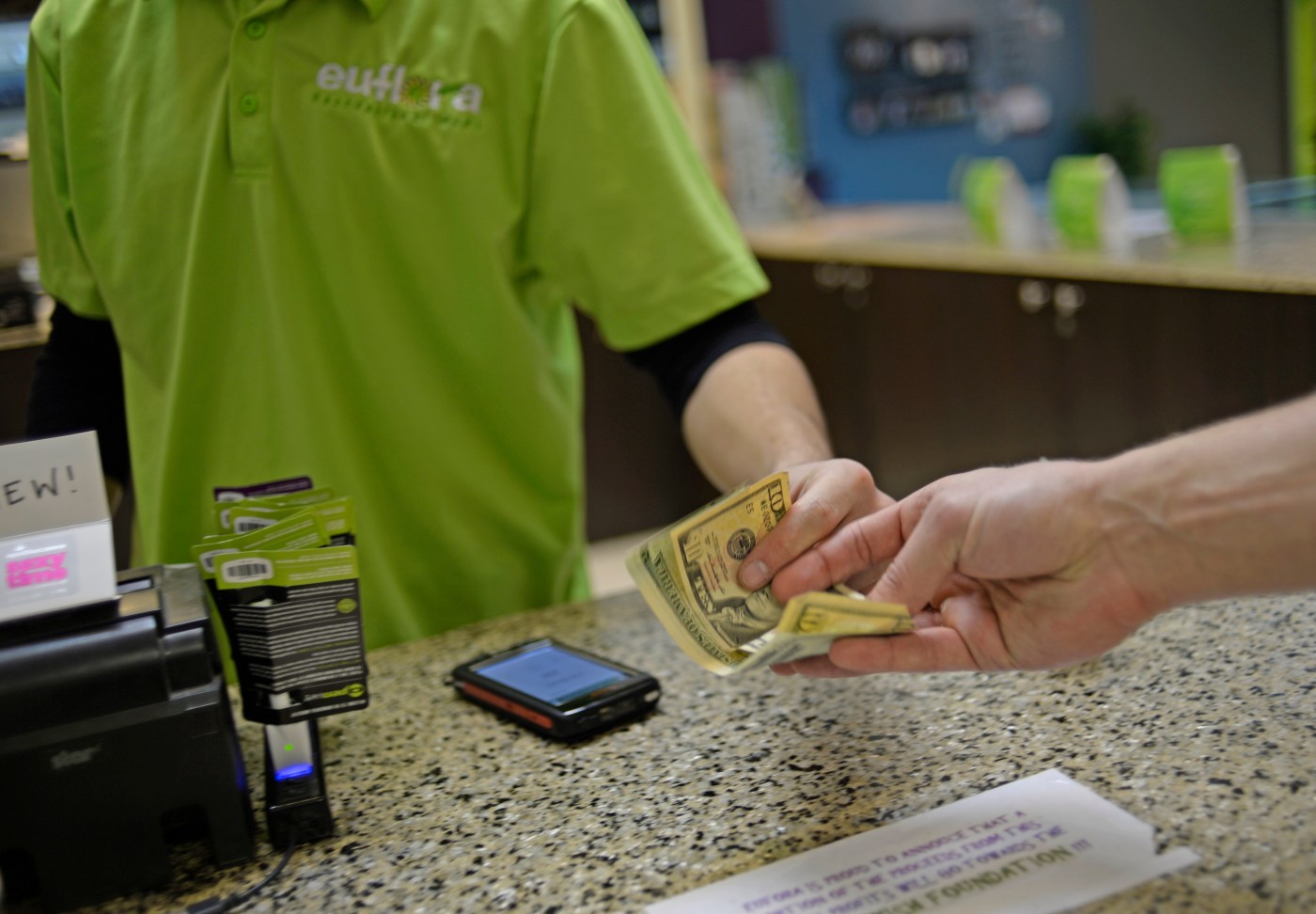 Ordinance 300 on Denver’s Nov. 2 ballot asks voters to establish a pandemic research fund by bumping the city’s marijuana sales tax rate up to 11.8% from 10.3%, adding an extra 15 cents to every $10 spent in a recreational dispensary.

It has identified a local institution, the University of Colorado Denver’s CityCenter, to lead that potential research which would be focused on technologies that could protect people from contagious diseases and public policy changes that could boost preparedness and recovery in the event of a pandemic.

“The people of Denver want to be prepared the next time a pandemic strikes and this ballot initiative is the way to make that happen,” the Denver Pandemic Fund campaign said in a statement emailed to the Denver Post.

But opponents, including Mayor Michael Hancock, say it’s a misguided measure that would bring an unnecessary tax burden down on Denverites.

The measure was proposed by Guarding Against Pandemics, a nonprofit organization backed by cryptocurrency billionaire and Joe Biden donor Sam Bankman-Fried.

Campaign finance records show that the Guarding Against Pandemics has donated $250,000 to the Denver Pademic Fund Campaign this year. The organization lists an address in Delaware.

While originating from out of state, the campaign noted it has been endorsed by the Colorado Nurses Association.

CU Denver, whose CityCenter arm is named in the ordinance as a recipient of the funding the tax increase would bring in, has not endorsed the measure.

Denver election 2021: Should city elections be moved from May to April to adjust for mail-in ballots?

Denver election 2021: Voters will be asked whether to cap sales tax rate

Denver election 2021: Who should appoint the city’s independent police watchdog?

“However, we are excited about the opportunities this presents, if the ordinance passes, to serve the world with research about how to respond to COVID-19 and other pandemics,” CU Denver spokesman Ryan Huff said in an email. “As a research university, we are well-suited to administer and conduct the types of research outlined.”

The campaign estimates Ordinance 300 would bring in $7 million a year starting in 2022, but the city’s voter guide indicated the number would likely be $10 million next year and more after that as marijuana sales continue to grow.

“The cannabis industry is the …read more

A century-old federal law designed to boost energy development allowed the government to sell drilling rights without taking bids on 38% of U.S. public land that officials leased to oil and gas companies over a 16-year period. More than 527,000 of those acres — going for as little as $1.50 an acre — were in […]

WASHINGTON — Donald Trump intends to assert executive privilege in a congressional investigation into the Jan. 6 insurrection at the Capitol, a move that could prevent the testimony of onetime aides, according to a letter sent by lawyers for the former president. The letter went to at least some witnesses who were subpoenaed by the […]

The group living amendment to the Denver zoning code was honed with input from thousands of Denver residents over years before it was adopted by the City Council in February, city leaders say. Members of Safe and Sound Denver, a group that came together to oppose those changes, say the city didn’t do enough to […]