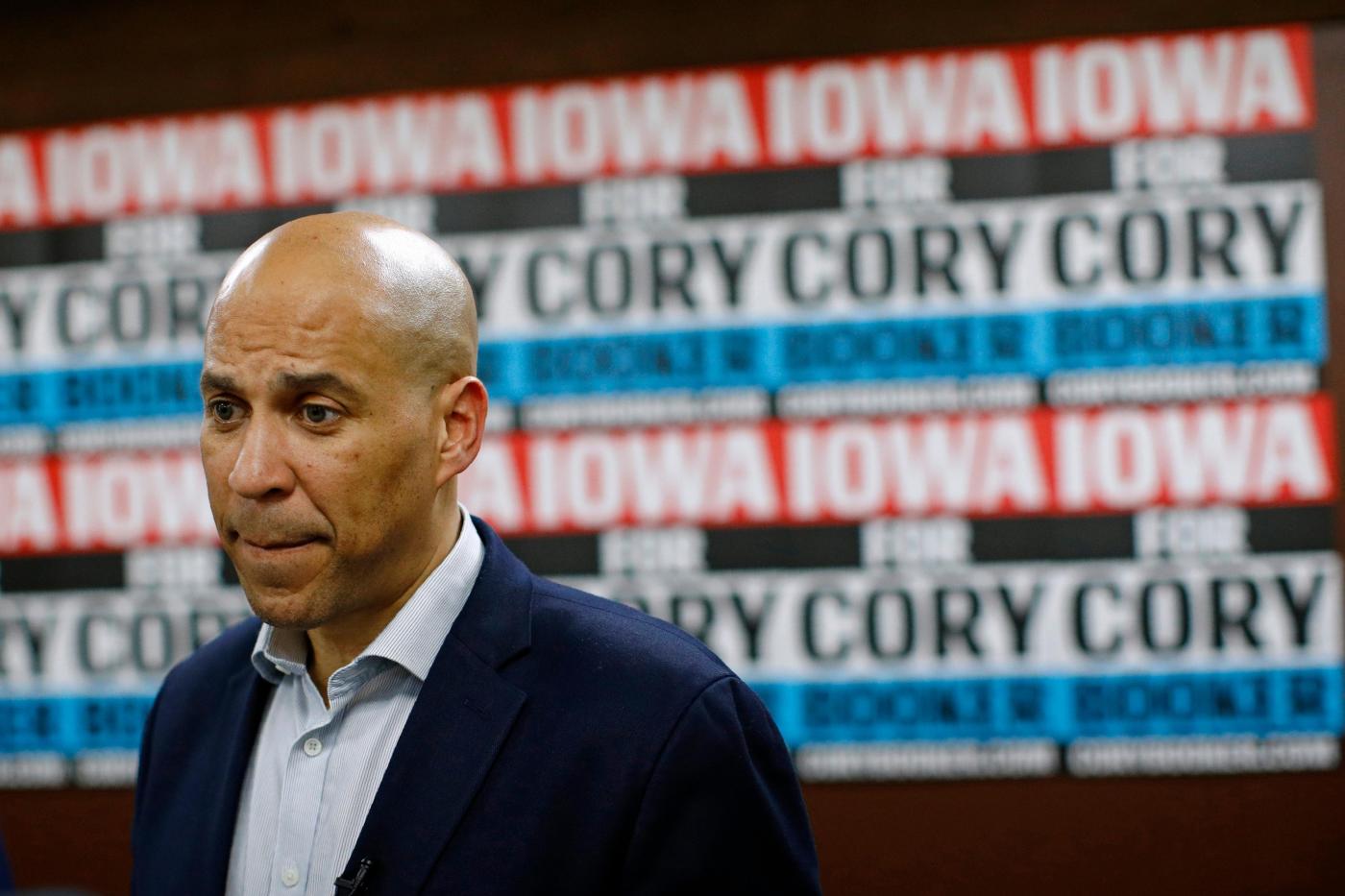 Sen. Cory Booker of New Jersey dropped out of the Democratic presidential race Monday, ending a nearly yearlong quest built around a message of peace and unity that failed to resonate with voters eager for a more aggressive posture against President Donald Trump.

The departure of Booker from the crowded Democratic field, heralded at the outset as the most diverse in history, leaves just one African American candidate, Deval Patrick, vying for the nomination in a party in which black voters are an essential bloc of the Democratic base.

The decision came after Booker, who never cracked the top tier of Democratic contenders and consistently polled in the low single digits, fell short of qualifying for a second consecutive debate. The setback, the Booker campaign conceded in the past few weeks, would most likely doom the underdog candidacy at a time when the Democratic race for president is being overshadowed by an impeachment trial in Washington and a growing conflict with Iran.

“I got in this race to win, and I’ve always said I wouldn’t continue if there was no longer a path to victory,” Booker said in a statement to supporters. “Our campaign has reached the point where we need more money to scale up and continue building a campaign that can win — money we don’t have, and money that is harder to raise because I won’t be on the next debate stage and because the urgent business of impeachment will rightly be keeping me in Washington.”

Booker, who is also up for reelection to the Senate this year, still enjoys favorable ratings in New Jersey, which leans decidedly Democratic and hasn’t elected a Republican senator in more than 40 years. Sen. Robert Menendez won reelection there by nearly 10 percentage points in 2018 after weathering a federal corruption trial.

Booker often made his case for the presidency through his biography: as a black man whose family had to overcome racist housing discrimination in New Jersey; as a mayor of a majority black city who saw the uneven impact of hard-line criminal justice laws.

Throughout his campaign, Booker cast a spotlight on his adopted home city. He spoke of witnessing shootings on the same street corner where he currently lived and of lives of young men in Newark, New Jersey, ruined for low-level drug crimes like marijuana possession. He frequently said on the debate stage and on the stump that he was the “only candidate who lives in a low-income, black and brown community.” Reforms he made in Newark, from schools to policing, framed the backbone of his policies.

It was an approach that many thought would resonate with the Democratic base, particularly among African Americans. But Booker was never able to attract substantial support from black voters, many of whom view mere representation as not enough to lock down support.

Booker began his campaign last Feb. 1, the first day of Black History Month, with a clarion call for unity in a deeply polarized time. Throughout his campaign, he was unrelenting in his optimism and …read more

Local school officials asking for voters’ permission to issue bonds just can’t bring themselves to utter the T-word. T as in tax. In seven East Bay districts, superintendents and elected board members have placed bond measures on the March 3 ballot to fund school construction. And not one of the measures uses the word “tax” […]

With committee hearings yet to start, the biggest action at the state Capitol this week — so far, at least — was outside the building. Homeless people who’d erected tents less than a block away were required by the city to pack up and move Wednesday morning. Denver city officials cited a rat infestation and […]