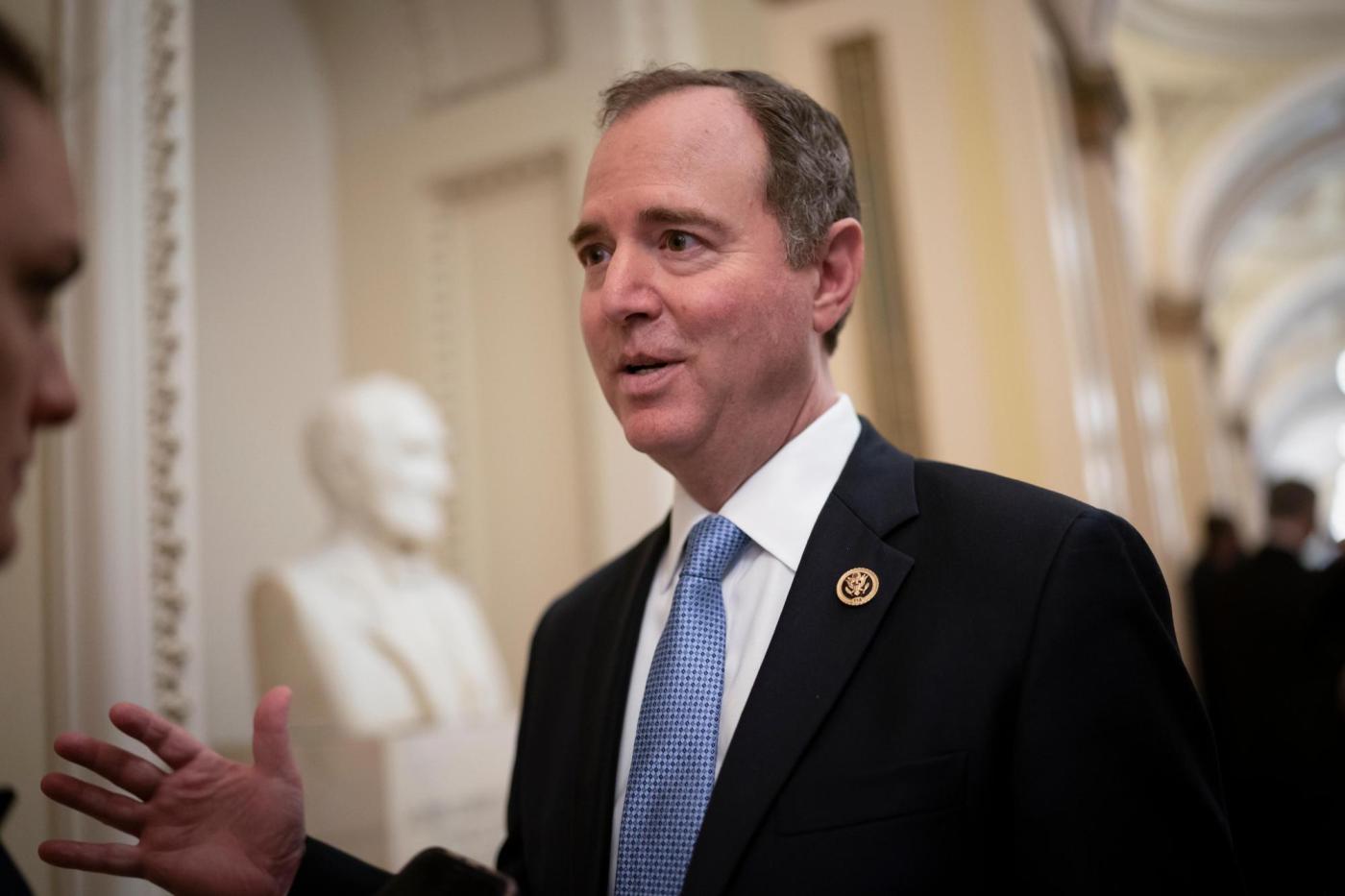 The announcement by Inspector General Michael Horowitz came shortly after Deputy Attorney General Lisa Monaco made the request Friday. Horowitz said he would examine whether the data turned over by Apple followed department policy and “whether any such uses, or the investigations, were based upon improper considerations.”

House Intelligence Committee Chairman Adam Schiff, D-Calif., and another Democratic member of the panel, California Rep. Eric Swalwell, said Apple notified them last month that their metadata had been subpoenaed and turned over to the Justice Department in 2018, as their committee was investigating the former president’s ties to Russia. Schiff was then the top Democrat on the panel, then led by Republicans.

While the Justice Department routinely investigates leaked information, including classified intelligence, subpoenaing the private information of members of Congress is extraordinarily rare. The disclosures, first reported by the New York Times, raise questions about what the Justice Department’s justification was for spying on another branch of government and whether it was done for political reasons.

The Trump administration’s attempt to secretly gain access to the data came as the president was fuming publicly and privately over investigations — in Congress and by then-special counsel Robert Mueller — into his campaign’s ties to Russia. Trump called the probes a “witch hunt,” regularly criticized Democrats and Mueller on Twitter and repeatedly dismissed as “fake news” leaks he found harmful to his agenda. As the investigations swirled around him, he demanded loyalty from a Justice Department he often regarded as his personal law firm.

Schiff and Swalwell were two of the most visible Democrats on the committee during the Russia probe, making frequent appearances on cable news. Trump watched those channels closely, if not obsessively, and seethed over the coverage.

Schiff said in a statement that the seizures suggest “the weaponization of law enforcement by a corrupt president.”

Senate Democratic leaders immediately demanded that former Attorneys General Bill Barr and Jeff Sessions, who both oversaw Trump’s leak probes, testify about the secret subpoenas. Senate Majority Leader Chuck Schumer and Senate Judiciary Committee Chairman Dick Durbin said in a statement that “this appalling politicization of the Department of Justice by Donald Trump and his sycophants” must be investigated. They said that Barr and Sessions are subject to a subpoena if they refuse.

Prosecutors from Trump’s Justice Department had subpoenaed Apple for the data, according to a committee official and two other people familar with the matter. The records of at least 12 people connected to the intelligence panel were eventually shared by the company, including aides, former aides and family members. One was a minor.

Apple informed the committee last month that the records had been shared and that the investigation had been closed, but did not give extensive detail. The committee official and the two others with …read more

By MARK SHERMAN WASHINGTON (AP) — The Supreme Court dismissed a major challenge to the Obama era health care law on Thursday, turning aside an effort by Republican-led states to throw out the law that provides insurance coverage for millions of Americans. The justices, by a 7-2 vote, left the entire law intact in ruling […]

MEXICO CITY — Vice President Kamala Harris came to Latin America to deliver a message rather than clinch some kind of concrete deal. She bluntly told migrants not to travel to the United States. She spoke of the evils of government corruption that lead to dislocation. She urged nations to increase enforcement at their borders. […]

WASHINGTON — Democrats are eyeing a $6 trillion infrastructure investment plan that goes far beyond roads and bridges to include core party priorities, from lowering the Medicare eligibility age to 60 and adding dental, vision and hearing benefits to incorporating a long-running effort to provide legal status for certain immigrants, including “Dreamers.” The Senate is […]