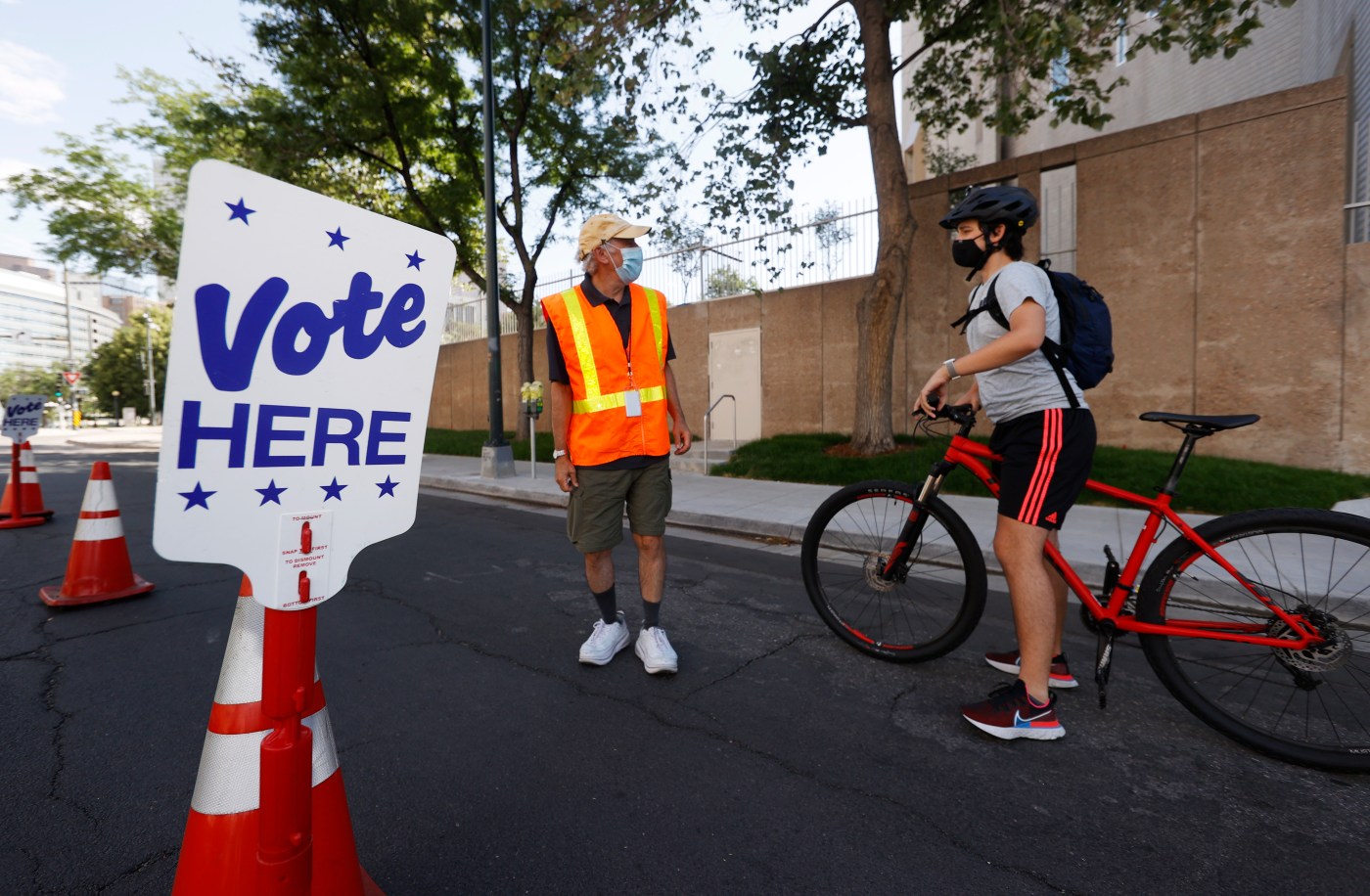 In the House District 22 race for the seat representing south Jefferson County, incumbent Rep. Colin Larson of Littleton had 56% of the vote compared to former Rep. Justin Everett’s 44% in the Republican primary just after polls closed at 7 p.m.

The race has become a contentious one as part of a larger battle within the GOP over what extent candidates should toe the party line — particularly on social issues. House District 22 is one of the most expensive statehouse races on the primary ballot, with nearly $359,000 in outside money spent, some of it on attack ads.

In the House District 6 race, three Democrats are vying for the seat currently held by Steven Woodrow of Denver. Woodrow was appointed by a committee in February to replace Chris Hansen, who stepped down to fill Sen. Lois Court’s seat. Woodrow had 45.7%, Steven Paletz 30.5% and Dan Himelspach 23.8% in early results. This was another expensive race, with Democrats spending $366,000 — more than 50% of it their own money, according to Follow the Money CO.

Some races in Weld County have been as contentious as the Jefferson County race, with outside groups spending tens of thousands of dollars to back candidates in the solidly Republican districts. For example, in the House District 48 race — a race that some Republicans say, like Larson’s, could play a role in challenges to House Minority Leader Patrick Neville’s leadership — $314,000 in outside money was spent. No results were reported from that race in the first releases.

Early results in other contested primaries in the Denver metro area:

By Keith Coffman | Reuters Colorado Governor Jared Polis on Thursday appointed a special prosecutor to investigate the 2019 death of an unarmed Black man who died days after he was subdued by three policemen and injected with a powerful sedative. Polis said the state’s attorney general, Phil Weiser, will probe the death of Elijah […]

America is the dispensable nation

Mostly because I cannot remember a time when Donald Trump’s presidency was not regarded as a danger to “national security” by the media and foreign policy establishment in this country, I am surprised that curiously little attention has been paid to reports about his telephone conversations with world leaders, including the German chancellor Angela Merkel, […]

ACA 5 repeals Proposition 209 which states, “The state shall not discriminate … on the basis of race, sex, color, ethnicity, or national origin…” The current law is noble and in keeping with our nation’s deepest values. The National Study of College Experience (2009) showed Asians need to score 140 points higher than white applicants, […]