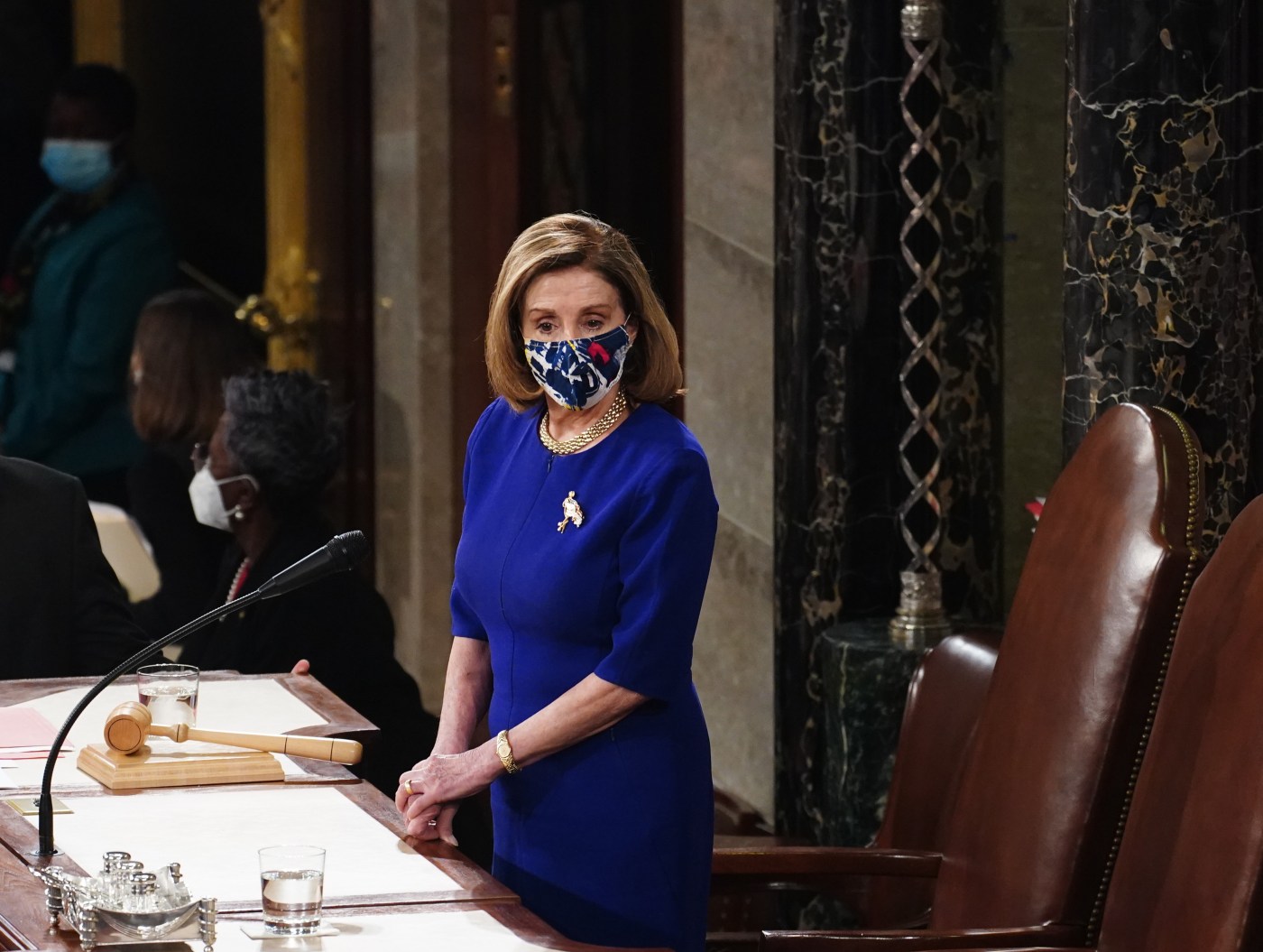 A Colorado resident who threatened to kill House Speaker Nancy Pelosi last week and drove to Washington, D.C., intending to take part in the riot at the U.S. Capitol was armed with an assault rifle, handgun and 2,500 rounds of ammunition when he made the threat, according to federal court documents filed Wednesday.

Cleveland Grover Meredith Jr. was charged last week with making the threat and illegally possessing a gun and ammunition, according to a federal criminal complaint filed in the U.S. District Court for the District of Columbia.

Meredith missed the riot at the Capitol because he had to stop for car repairs during the drive across the country, according to authorities.

He arrived in Washington late on Jan. 6, and in a text message the next day, wrote that he wanted to “put a bullet in (Pelosi’s) noggin,” according to the complaint, among a variety of other threats.

Meredith’s ammunition stockpile included at least 320 “armor-piercing” rounds, according to a request for pre-trial detention filed Wednesday, which identifies Meredith as a Colorado resident, though the Atlanta-Journal Constitution reported he lived in Georgia and drew attention there in 2018 when he erected a billboard supporting the QAnon conspiracy theory.

Meredith also threatened to behead people, texting that he was, “Ready to remove several craniums from shoulders.”

He was arrested in a hotel room in Washington, D.C., on Thursday, and federal prosecutors argued in court Wednesday that he should remain in jail while his criminal case is pending.

“A clearly disturbed, deranged and dangerous individual that fantasizes about committing horrific acts of violence and take countless steps to carry them out by driving across several states with a trailer stocked with thousands of rounds of ammunition and multiple firearms — including an assault-style rifle — should not remain in the community,” the petition reads. “Pre-trial detention is thus necessary to ensure that the residents and leaders of this community — and any other across the country that is comprised of people against whom the defendant harbors extreme political and racial animus — remain protected.”

Actually, this is who we are

As pro-Trump insurgents stormed the U.S. Capitol on Wednesday, you heard the same refrain from commentators and elected officials over and over again — that this isn’t the kind of thing that happens in America, that this looked like the situation in some war-torn foreign country, that we’re better than this. “The scenes of chaos […]

A GOP reckoning after turning blind eye to Trump

WASHINGTON — At the heart of the violent insurrection at the U.S. Capitol was a lie, one that was allowed to fester and flourish by many of the same Republicans now condemning President Donald Trump for whipping his supporters into a frenzy with his false attacks on the integrity of the 2020 election. The response […]