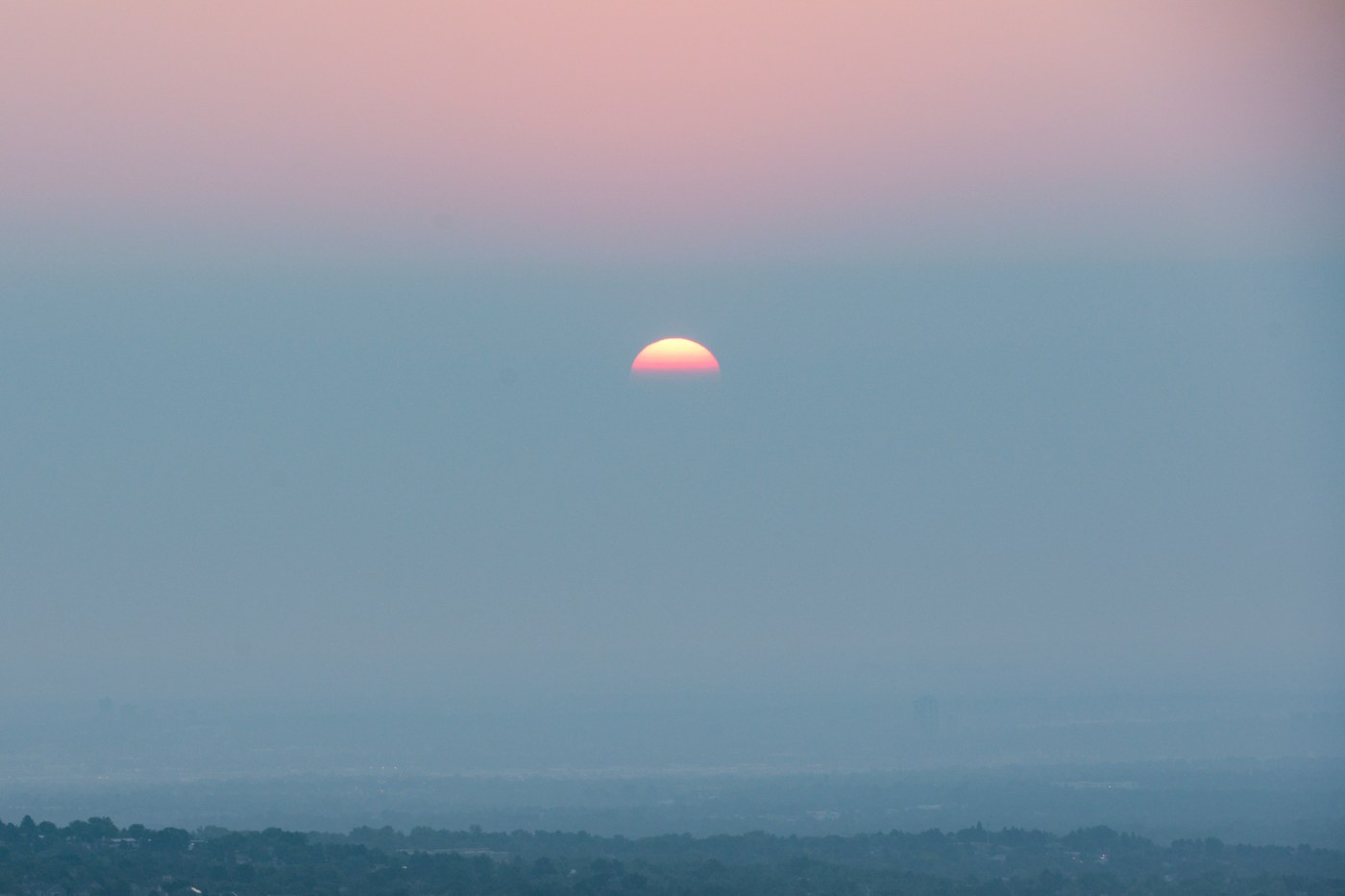 The Colorado legislature on its last day took a step — albeit an expensive one — toward improving air quality, particularly along the Front Range.

The General Assembly passed a package of bills, including one that will invest $65 million in electric school buses, that environmental advocates celebrated as a positive step toward lessening air pollution and the harmful effects it has on people’s health.

“Focusing on human health and the children has been a priority for us,” said Ean Tafoya, Colorado director of Green Latinos, after the bills were passed.

The bills mostly were sponsored by Democrats and are part of Gov. Jared Polis’s commitment to improve the state’s air quality.

The legislation was approved as the Environmental Protection Agency is set to downgrade Denver and the northern Front Range to “severe” violators of federal ozone standards from “serious” violators, which experts say will lead to higher gas prices for motorists and require more manufacturers to apply for air permits in an effort to reduce the harmful emissions that cause ground-level ozone.

One bill, SB22-193, sends $125 million to the state health department and the Colorado Energy Office to administer grants for electric vehicles and energy efficiency projects.

The bill passed Wednesday will:

Create a $25 million fund to provide grants to industrial and manufacturing facilities and local governments for energy efficiency and renewable energy projects. Among the projects that would qualify are efforts that would use hydrogen fuel, electric vehicles and projects to reduce carbon and methane emissions. The grant program would dissolve on Sept. 1, 2029.
Create a $12 million fund to increase public access to electric bicycles through grants and rebates. The program would be repealed on Sept. 1, 2028.
Spend $15 million to decommission the oldest diesel trucks operating in Colorado and replace them with newer, more fuel-efficient models. The grant money would be available for public and private entities through July 1, 2032.
Spend $65 million to buy electric school buses in Colorado through Sept. 1, 2034
Provide $7 million to the state health department for aerial surveillance of pollutants
Provide $750,000 to the state health department to provide free RTD passes for employees
Cap annual fees for industry at $1 million this year and allow those caps to rise annually until they reach a $5 million maximum on July 1, 2024

Proponents of dueling property tax measures on November’s ballot have agreed to pull back after lawmakers approved a bill Friday to ease the burden on tax payers. The bill aims to ease the rising tax burden that comes with rocketing property values. It was introduced Monday and raced through both chambers of the General Assembly […]

Under the final version of the legislature’s much-debated and highly controversial bill to combat fentanyl, a person can be subject to a felony drug charge if they possess even a dusting of the lethal synthetic opioid, whether or not they realize that what they possess is indeed fentanyl. But in an eleventh-hour change, the legislature […]

What Colorado Democrats gave up to end GOP filibuster

A roughly 18-hour GOP filibuster lifted around 4 a.m. Tuesday, the penultimate day of the legislative session, when Democrats agreed to weaken significant portions of their agenda. According to a half-dozen state representatives, the Democrats agreed to the following concessions: Gutting SB22-23, a bill meant to prevent police from lying to children to secure guilty […]