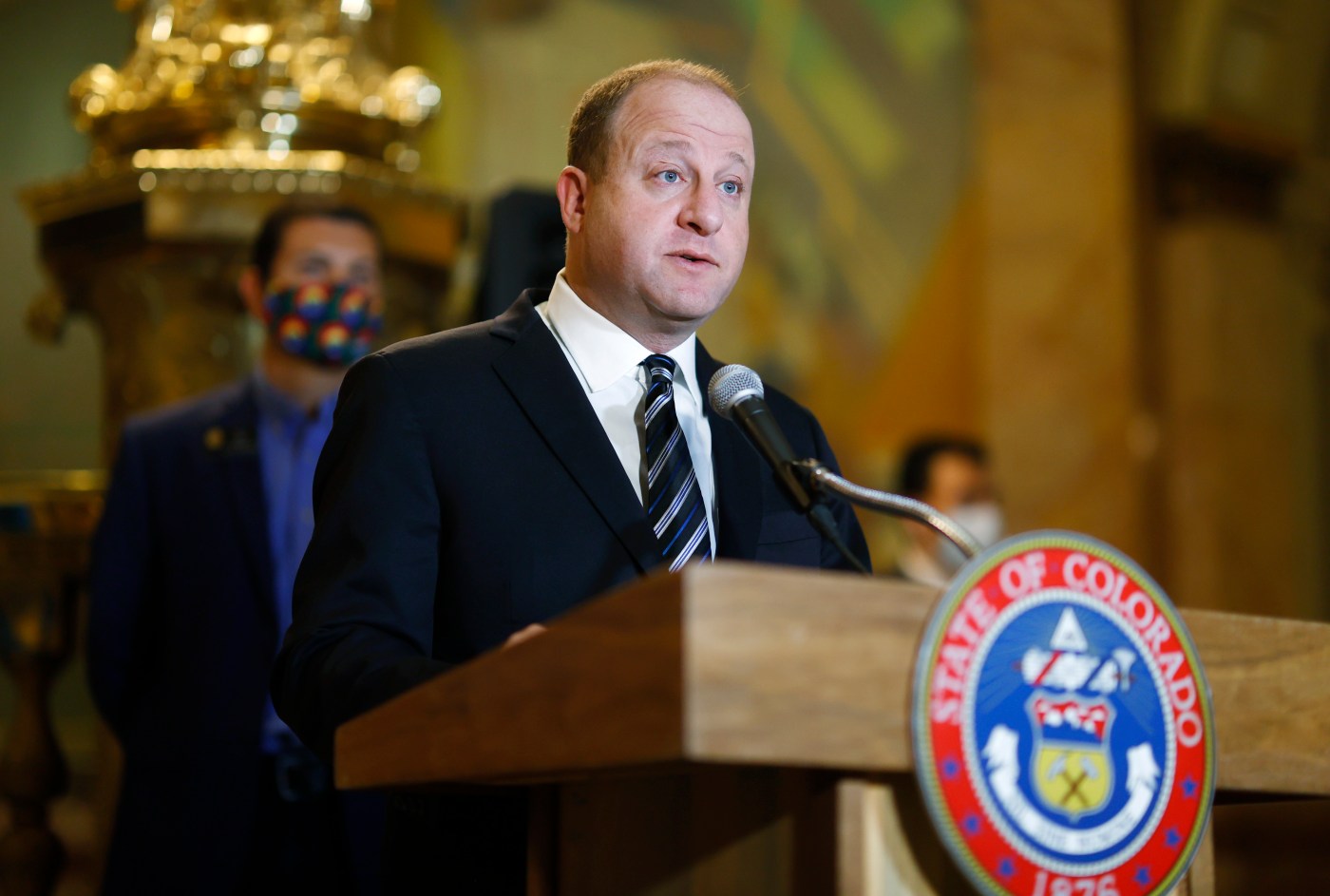 Colorado Gov. Jared Polis signed a bill into law Monday that allows him to mass-pardon Coloradans with minor marijuana possession convictions, although he has not said exactly how the process will work.

Lawmakers passed House Bill 1424 on June 15, the last day of the 2020 legislative session. The bill aims to make the legal marijuana industry more accessible to people of color and those who were previously convicted on drug charges that wouldn’t be crimes now. It expands the social equity program for marijuana business licenses to Colorado residents who have been arrested or convicted on a marijuana offense, been subject to civil asset forfeiture from a marijuana offense, or lived in an area designated as high crime or economically disadvantaged.

“For decades now, the Black community has been disproportionately criminalized because of marijuana while others have profited,” said Rep. James Coleman, a Denver Democrat and bill sponsor. “We have needed to act on this injustice for decades.”

In a last-minute move, lawmakers agreed to add another component to the bill: giving the governor the power to mass-pardon Coloradans for convictions of marijuana possession of 2 ounces or less, rather than doing them on an individual basis. Longmont Democratic Rep. Jonathan Singer added the amendment after the pandemic forced him to drop plans for a more extensive marijuana expungement bill.

Polis signed the bill Monday night at Simply Pure in Denver, a dispensary owned by Wanda James and Scott Durrah, the first Black couple in the country to own a dispensary, a cultivation facility and an edible company, according to their website.

“There’s too many people that have a prior conviction for personal amounts of cannabis fully legal today that prevent them from getting loans, from getting leases, from raising capital, from getting licenses, from getting jobs, from getting mortgages, and that’s wrong,” Polis said. “We hope that this measure will be a first step for new opportunities for thousands of Coloradans who should not be living with a cloud over their head simply because they were a little bit ahead of their time.”

He said he can begin offering the pardons in 90 days.

Boulder District Attorney Michael Dougherty said he agrees with the concept of pardoning as a matter of “fundamental fairness” but wishes there was more time to discuss the amendment and process.

As he walked door to door in Denver’s northeast Montbello neighborhood Saturday morning, leaving two campaign flyers on every porch, 25-year-old Nick Tuta of Boulder explained what Tuesday’s election means to him. “This is a really good opportunity to put someone in office who won’t just listen to us, but who will actually be working […]

By Oliver Darcy | CNN A New York judge on Tuesday temporarily blocked the publication of an unflattering tell-all book written by President Trump’s niece that Simon & Schuster is set to publish in July. The ruling, issued by Judge Hal B. Greenwald of the New York State Supreme Court, the state’s trial court, is […]

Grossman: A Juneteenth lesson: For African Americans, after each step forward is a step back

Ring out the church bells today for Juneteenth. Let them be bells of joy because on June 19, 1865, a U.S. Army officer stood on the balcony of a stately Galveston, Texas, residence and read General Order No. 3: “The people of Texas are informed that, in accordance with a proclamation from the Executive of […]