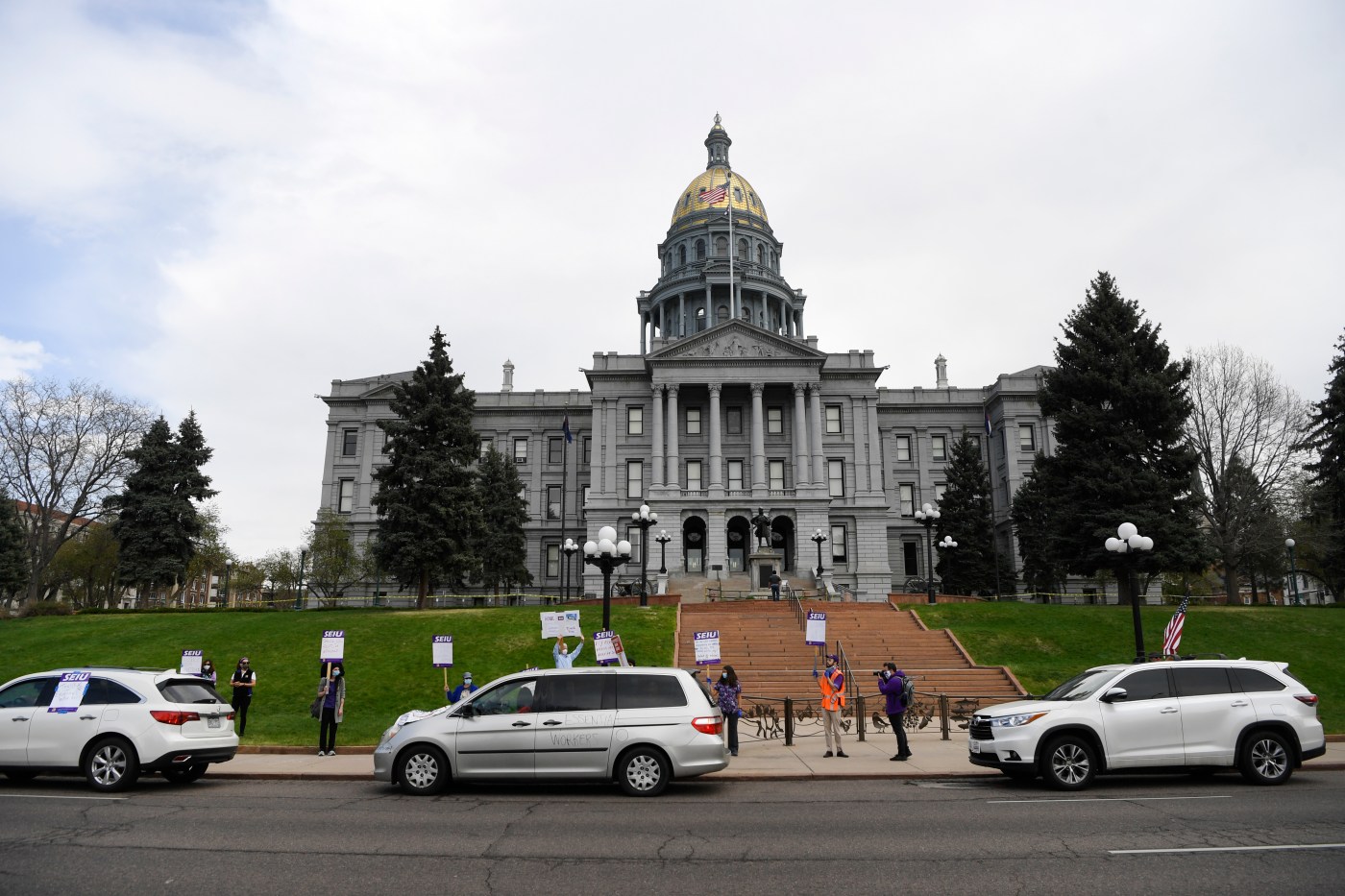 The Colorado AFL-CIO has decided to stop donating to the Colorado Democratic Party and committees that help elect Democrats to the Colorado General Assembly, what one expert said is a “rare step” for organized labor.

The unusual rift means a union that represents 130,000 Colorado workers and donates more than $100,000 every election year has placed a moratorium on its own donations until next May, sending a message while also leaving itself time to reenter politics before the 2022 primary and general election.

“At a time like this, the labor movement and the Democratic Party should be operating as close partners to meet this moment and address (economic) issues,” Colorado AFL-CIO executive director Dennis Dougherty wrote in an email to fellow union leaders this week.

“But rather than connect to move us out of the clutches of poverty, we have instead been excluded from caucus discussions about policy creation in favor of bringing business and opposition groups to the table, disregarded as allies and relegated to afterthoughts,” he added.

Dougherty did not cite specific legislation or statements that led to the rift. Reached by phone Wednesday, the union leader declined to comment or answer questions about his email.

Union membership ticked up nationally between 2019 and 2020 but only after decades of decline, corresponding with a decline in organized labor’s political power. Unions are often dissatisfied with the Democratic Party but feel tied to a party that is more aligned with them than Republicans, said Ryan Lamare, a professor of labor relations at the University of Illinois.

“Unions don’t typically take such a concrete step,” Lamare said. “What they tend to do is express their dissatisfaction vocally, to say, ‘here’s what we want’ or ‘here’s how we want you to improve things.’ They don’t usually go so far as to formally withdraw financial support for the party … that’s quite a rare step.”

The Colorado AFL-CIO’s timing is important to keep in mind, he said.

“Unions are very strategic with what they do and they are likely to have timed this to send the Democratic Party in Colorado a message,” Lamare said, “but to not necessarily send them a message that is going to undercut the electoral aspirations of the party.”

It’s not clear if the union will stop donating to issue committees. Dougherty’s email states that the union won’t contribute directly to the party, political action committees that aid Democratic candidates for the legislature, party events “or any other channels/events.” Dougherty also declined to clarify that Wednesday.

It’s also unclear whether the rift has expanded or will expand to other unions. Dougherty’s email calls on fellow labor unions to …read more

Starting Thursday, the parents of 1 million children in Colorado will look inside a mailbox or bank account and see a monthly check worth $250 or $300 per kid. For the first time in U.S. history, the federal government is sending monthly checks to couples with children who make less than $150,000 and single parents […]