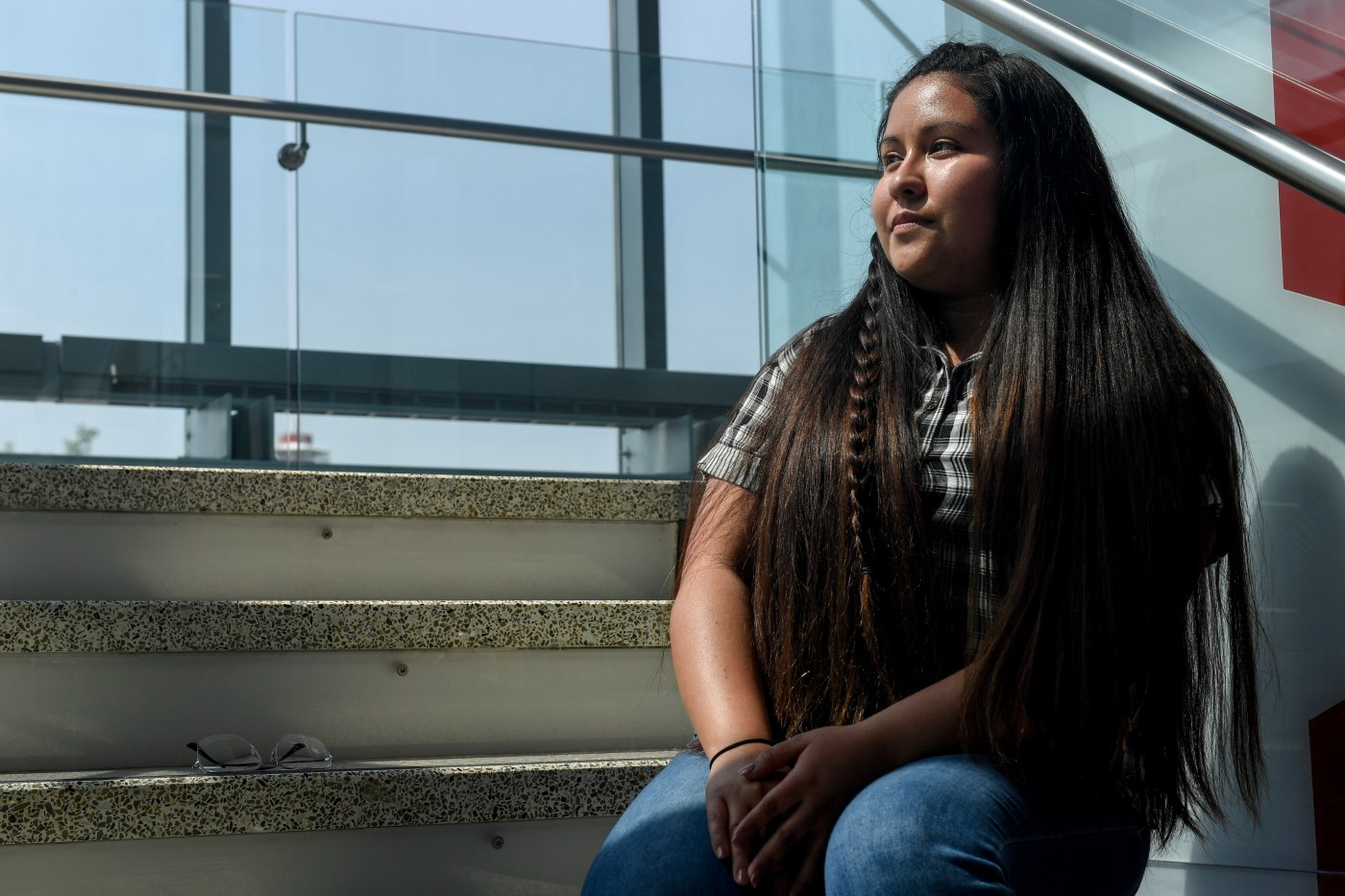 After a Texas federal judge’s decision late last week, thousands of Coloradans in the Deferred Action for Childhood Arrivals program are facing uncertainty — again — about their legal status in the United States.

The Biden administration said it plans to appeal Friday’s ruling that requires the federal government to stop processing new applications for the DACA program, which helps immigrants whose families brought them into the U.S. as young children temporarily avoid deportation and become eligible for work permits and Social Security numbers.

The latest court ruling leaves immigration attorneys scrambling to figure out how best to help clients who planned to apply for DACA. Current DACA recipients — people like 25-year-old Estéfani Peña Figueroa, who says she feels like she’s been on a “roller coaster” since 2017 — worry what this could mean for the program long-term. And advocates say it’s past time for a permanent solution.

“There’s so many other students like myself,” Peña Figueroa said.

The Obama-era policy protected 18,555 Coloradans as of March 2020, but its existence has been threatened due to legal challenges, including after it began in 2012 and when the Trump administration worked to end it in 2017. Friday’s ruling came from a 2018 lawsuit filed by Texas’  attorney general and other states.

“The court clearly saw that this program is against the law through and through,” Texas Attorney General Ken Paxton said in a written statement Monday. “This lawsuit was about the rule of law – not the reasoning behind any immigration policy. The district court recognized that only Congress has the authority to write immigration laws, and the president is not free to disregard those duly enacted laws as he sees fit.”

U.S. District Judge Andrew S. Hanen ruled the program unlawful because it didn’t follow federal administrative rules, but he noted in his decision that the government won’t need to take action like deportation against any current DACA recipients or applicants.

Peña Figueroa, a graduate of Metropolitan State University of Denver, worries about the effects of Hanen’s decision, despite the planned appeal.

“I don’t feel like I can plan for my future,” said Peña Figueroa, who works at her alma mater in immigration services helping others who are in the U.S. without legal permission. “I’m thinking about doing a master’s program, but it just feels like I can never do that because I have to wait for those two years and then hope that I actually get my DACA renewed, but it’s not something that I can plan long-term because of DACA.”

Peña Figueroa had a common worry when she first applied for DACA: that she could put her family in jeopardy. She ultimately applied at the urging of her mother and a friend, but the process wasn’t easy or cheap.

Eighteen-year-old Karen Lizet Lozano of Breckenridge was just approved for DACA two weeks ago. It was a nearly four-year wait, as she was preparing to apply former President Donald Trump blocked the program on her 15th birthday in September 2017 (the U.S. Supreme …read more

WASHINGTON — President Joe Biden said Saturday that the Justice Department intends to appeal a federal judge’s ruling deeming illegal an Obama-era program that has protected hundreds of thousands of young immigrants from deportation and he renewed his calls for Congress to create a permanent solution. He said in a statement that Friday’s decision was […]

The Colorado AFL-CIO has decided to stop donating to the Colorado Democratic Party and committees that help elect Democrats to the Colorado General Assembly, what one expert said is a “rare step” for organized labor. The unusual rift means a union that represents 130,000 Colorado workers and donates more than $100,000 every election year has […]

Environmentalists, activists and climate experts anticipated that Denver Water would sue Boulder County over the utility’s $464 million proposal to expand the Gross Reservoir. They just didn’t think it’d be so soon. The utility filed its federal lawsuit July 14, claiming commissioners are taking too long to consider its application for a 1041 permit needed […]