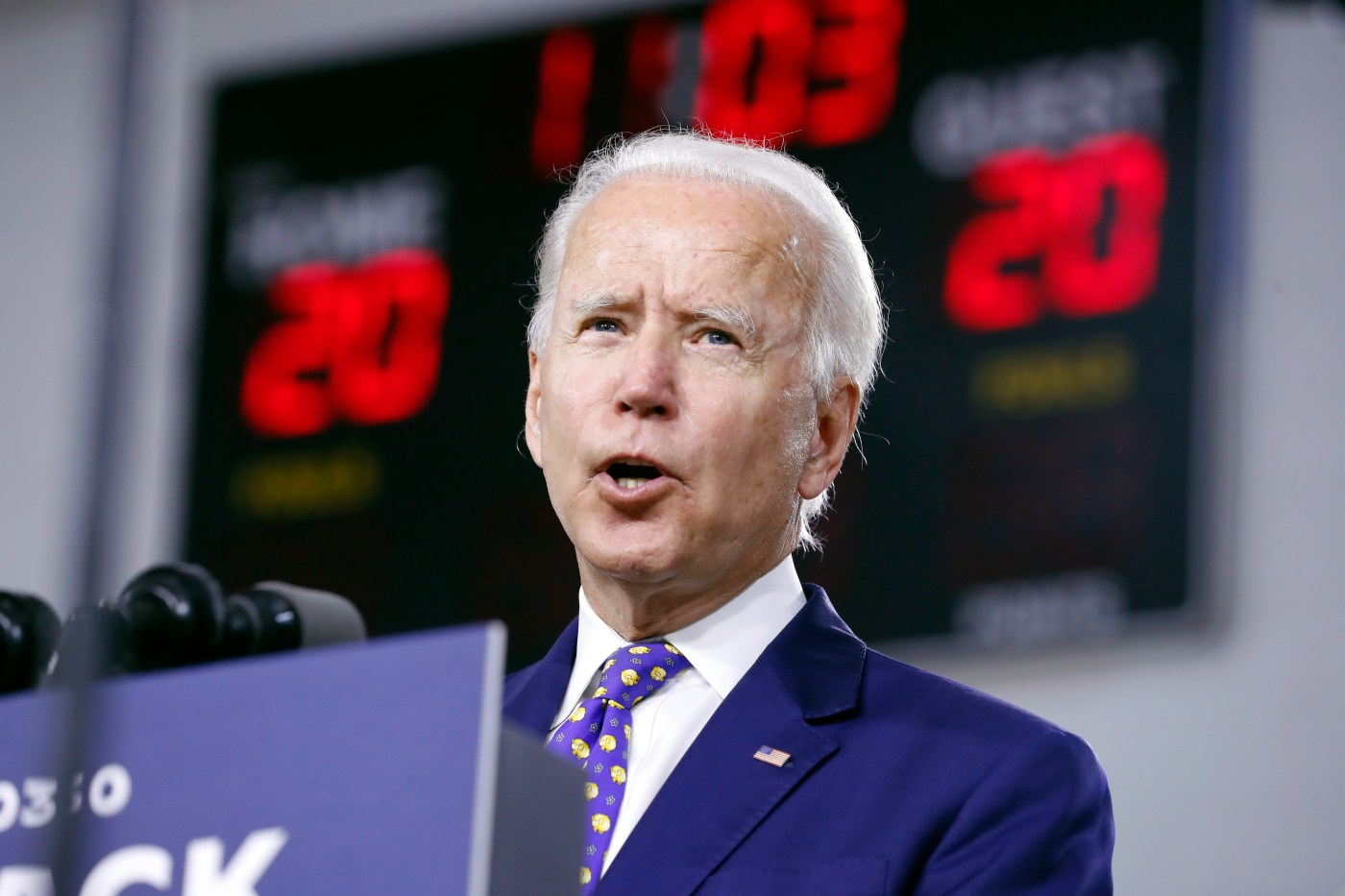 The United States just endured its worst economic quarter in recorded history. If this trend had continued for an entire year, American economic output would have been down by about a third.

So I’m hoping Joe Biden and his team are reading up on Franklin Roosevelt and the New Deal. The New Dealers succeeded in a moment like this. Their experience offers some powerful lessons for Biden as he campaigns and if he wins:

Economic and health calamities are experienced by most people as if they were natural disasters and complete societal breakdowns. People feel intense waves of fear about the future. They want a leader, like FDR, who demonstrates optimistic fearlessness.

They want one who, once in office, produces an intense burst of activity that is both new but also offers people security and safety. During the New Deal, Social Security gave seniors secure retirements. The Works Progress Administration gave 8.5 million Americans secure jobs.

Biden’s “Build Back Better” slogan is a perfect encapsulation of this mood of simultaneously longing for the safety of the past while moving to a brighter future.

New Dealers were willing to try anything that met the specific emergencies of the moment. There was a strong anti-ideological bias in the administration and a wanton willingness to experiment. For example, Roosevelt’s first instinct was to cut government spending in order to reduce the deficit, until he flipped, realizing that it wouldn’t work in a depression.

“I really do not know what the basic principle of the New Deal is,” one of his top advisers admitted. That pragmatism reassured the American people, who didn’t want a revolution; they wanted a recovery.

Even in a crisis of capitalism, embrace capitalism.

Historian Richard Pells notes that flagship progressive magazines like The Nation and The New Republic did not endorse FDR in 1932, but rather his socialist opponent, Norman Thomas. As the New Deal succeeded, many progressive intellectuals mobilized a barrage of criticism against it. By 1934 they were producing books with titles like “The Coming American Revolution” and calling for the creation of a new political party of the left.

They understood Roosevelt was a liberal capitalist, not a socialist. “I want to save our system, the capitalist system,” he said at one point. “My desire (is) to obviate revolution,” he said at another. He was seeking to save capitalism from the capitalists, who had concentrated too much power in themselves. He was trying to reform capitalism to preserve it.

The Reconstruction Finance Corp., run by Jesse Jones, a Hoover administration holdover, gave bankers incentives to take the capital that had been sitting in their vaults and get it out into the community. The Federal Housing Administration backed mortgages. As Louis Hyman of Cornell notes, the FHA induced more private lending in a few months than the Public Works Administration spent during the entire decade. The New Deal was more clever and diverse than just tax-and-spend liberalism.

Video: Protester had hands up when LAPD shot him in the head with projectile

By Cheri Mossburg and Steve Almasy | CNN A protester had his hands raised when Los Angeles police shot him in the head with a “less-lethal projectile” during a May demonstration, body camera videos released Friday show. The incident, which happened five days after the killing of George Floyd, is being investigated by LAPD’s Force […]

Denver city officials, including police, on Wednesday morning cleared out a homeless encampment outside Morey Middle School. The Denver Department of Public Health and Environment posted a temporary area restriction, meaning “environmental conditions are hazardous,” Tammy Vigil, a department spokeswoman, said. The area will be temporarily closed so city workers can clean up, she said. […]

By Mary Ilyushina, Helen Regan and Tara John | CNN Belarus’ main opposition candidate, Svetlana Tikhanovskaya, has rejected preliminary election results giving the country’s longtime President, Alexander Lukashenko, a landslide election victory with 80% of the vote. “I believe my own eyes, the majority was for us,” Tikhanovskaya said in a news conference on Monday, […]