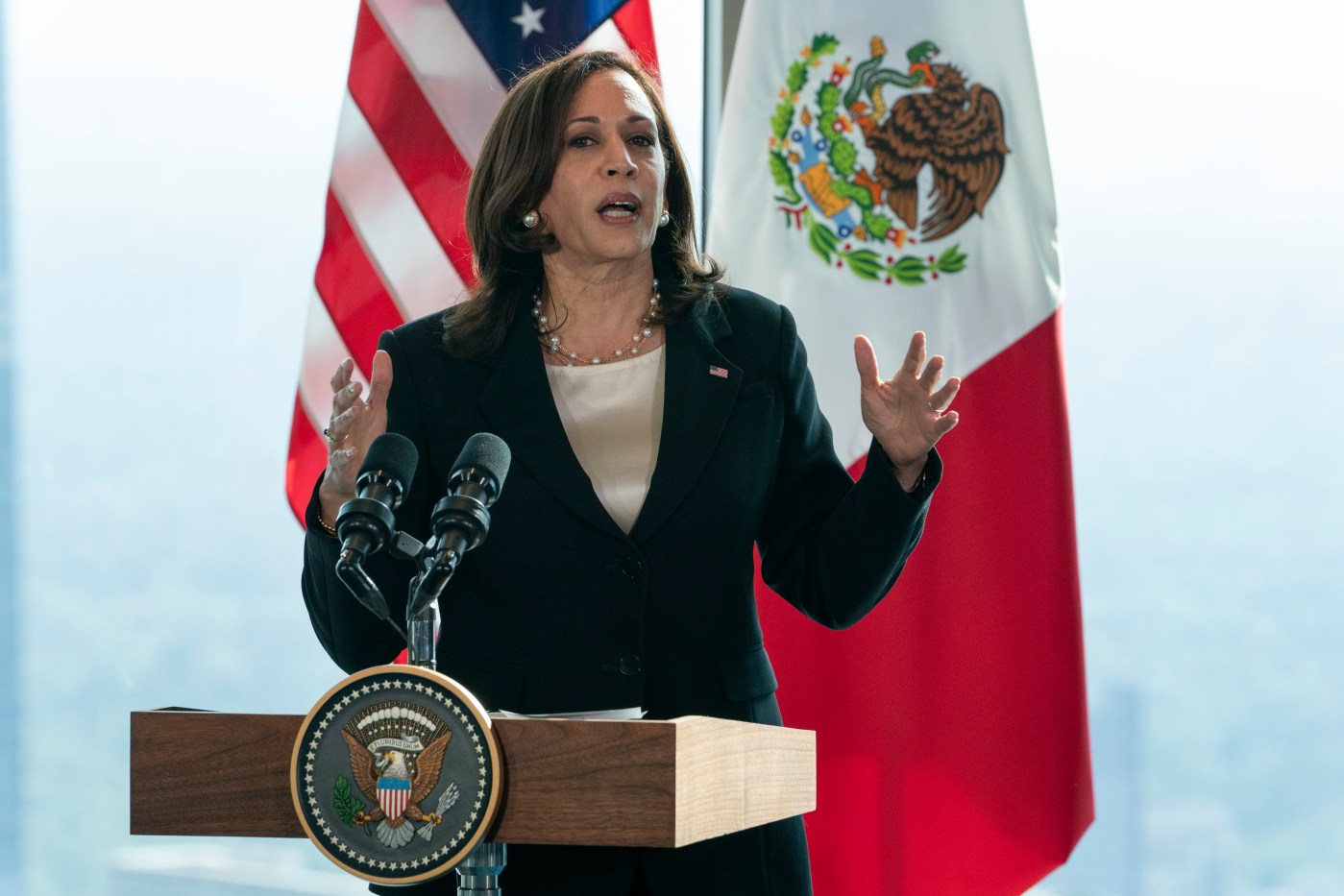 MEXICO CITY — Vice President Kamala Harris came to Latin America to deliver a message rather than clinch some kind of concrete deal.

She bluntly told migrants not to travel to the United States. She spoke of the evils of government corruption that lead to dislocation. She urged nations to increase enforcement at their borders.

She completed the journey without securing any commitments to increase immigration enforcement or expand pathways to legal migration. But she also did so without a significant mistake.

It was her first international trip aboard Air Force Two, and a first step toward establishing herself on a core foreign policy issue — one that has bedeviled American presidents at least since Ronald Reagan.

But as much as the trip offered her a chance to step onto the international stage speaking for the Biden administration on a key issue, it also highlighted the ambiguous nature of the portfolio President Joe Biden has handed her — to address the root causes of the spike in migration at the U.S. border.

Harris came away from her meetings with the Guatemalan and Mexican presidents able to talk about commitments to work more closely with them on economic development and on combating trafficking, smuggling and corruption. But she also faced persistent questions about her decision not to visit the U.S.-Mexico border. Republicans have seized on the fact that neither Biden nor Harris has visited the border to argue that the administration is absent on the issue.

Harris was called out by the Democratic left, too, for using her platform in Guatemala to tell people thinking of fleeing to the U.S. that they should not. “Do not come,” she said, invoking the dangers of the trip as well as the Biden administration’s commitment to border security. “Do not come.”

Democratic Rep. Alexandria Ocasio-Cortez of New York called those comments “disappointing” and noted that it is legal to seek asylum.

While White House aides have repeatedly tried to clarify that Harris’ assignment is narrowly focused on diplomatic solutions to the immigration situation, she was again forced to spend part of a trip meant to showcase her diplomatic chops explaining herself.

“It would be very easy to say, ‘We’ll travel to one place and therefore it’s solved,’” she said. “I don’t think anybody thinks that that would be the solution.”

Her foreign debut was a complex one as she attempted to engage in the deepest reasons people leave what they know to take on the perils of trekking to the U.S. border and trying to get across, whether illegally or through their right to ask for asylum.

Harris often speaks about her belief that “most people don’t want to leave home,” as she said during her meeting with Guatemalan President Alejandro Giammattei. She says her goal is to restore hope to the region so residents no longer feel compelled to flee their homes for better opportunities in the U.S.

Fighting back tears, state Rep. Susan Lontine told members of a Colorado House committee on Monday evening that she wouldn’t be making changes to a bill on workplace harassment. “I don’t see the point in running amendments when we already know the outcome,” the Denver Democrat said. The House Judiciary Committee voted down SB21-176 in […]

The Spot: Colorado Republicans look to use Democrats’ spending against them in 2022 elections

Colorado Democrats made quick work of passing bill to cut property taxes by $200 million, with all but five Republicans in opposition. Normally, Republicans would enthusiastically support tax cuts, with Democrats taking a more skeptical approach — but there is a specific reason for this atypical outcome. An outside conservative group called Colorado Rising Action […]