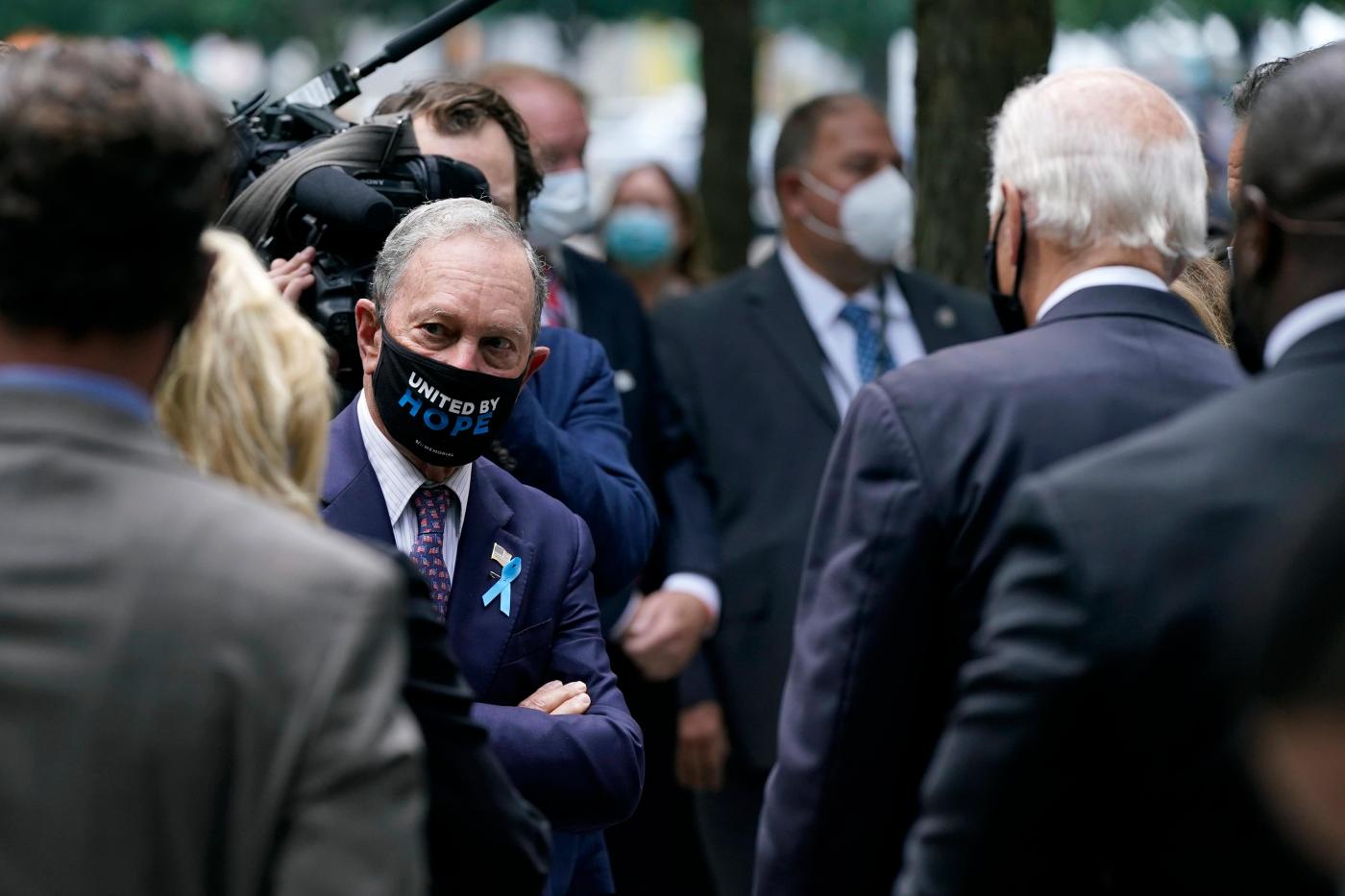 Bloomberg’s late-stage infusion of cash reflects Democrats’ concerns about the tight race in a state that is a priority for President Donald Trump. A victory for Biden in Florida, the largest of the perennial battleground states, would significantly complicate Trump’s path to reaching the 270 Electoral College votes needed to secure a second term.

Republicans, however, feel confident in their chances in the state, pointing to GOP wins in 2018 and stronger-than-expected turnout in 2016 as evidence the state is trending in their direction. They’ve invested millions in Florida focused on Latino outreach and boosting their field operation, and the state’s size and diversity makes campaigns there expensive.

In a sign that Bloomberg’s planned investment put Trump on alert, however, the president tweeted out his disdain for Bloomberg on Sunday morning, referencing the attacks the businessman received at a Democratic primary debate in February from Massachusetts Sen. Elizabeth Warren.

“I thought Mini Mike was through with Democrat politics after spending almost 2 Billion Dollars, and then giving the worst and most inept Debate Performance in the history of Presidential Politics. Pocahontas ended his political career on first question, OVER! Save NYC instead,” he tweeted.

The billionaire Bloomberg launched his own campaign for the Democratic nomination late last year amid worries about Biden’s strengths. Despite spending $1 billion on his campaign, Bloomberg struggled and dropped out in March, quickly endorsing Biden.

One of the world’s wealthiest men with a net worth estimated to exceed $60 billion, Bloomberg promised throughout his campaign that he would help Democrats try to defeat Trump regardless of how his own White House bid fared.

He exited the presidential race pledging to spend “whatever it takes” to defeat Trump, and has already invested millions to support Democrats up and down the ballot. Bloomberg transferred $18 million from his presidential campaign to the Democratic National Committee, and transferred its offices in six key swing states to the local Democratic parties there.

The Spot: Is Romanoff feeling vindicated, and does Colorado have recall fatigue?

Denver Post staff A screen grab from the Colorado Department of Labor and Employment’s unemployment claim system. The state’s unemployment claims system has struggled to keep up with the sheer number of people laid off or furloughed since the pandemic hit. For people, policy and Colorado politics What’s The Spot? You’re reading an installment of […]

The Denver City Council is considering a cap on the fees delivery companies can charge restaurants as the coronavirus continues to batter the industry. With diminished capacity and social distancing requirements, restaurants are able to serve far fewer customers in-house than before the pandemic, and they’ve leaned on delivery to supplement lost revenue. But many must […]