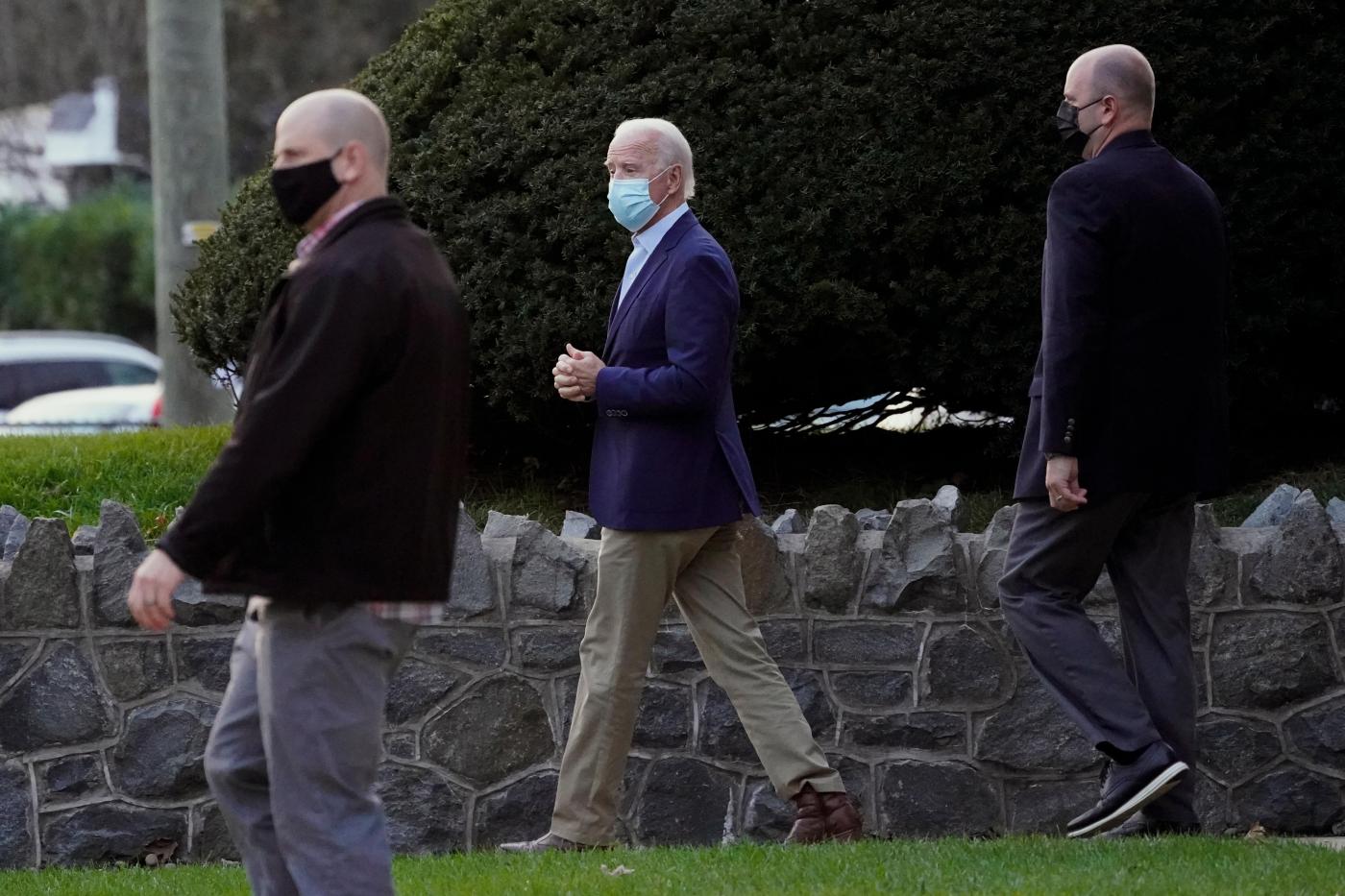 WILMINGTON, Del. — President-elect Joe Biden’s first Cabinet picks are coming Tuesday and planning is underway for a pandemic-modified inauguration in January as his team moves forward despite road blocks from the Trump administration.

Ron Klain, Biden’s incoming chief of staff, offered no details Sundays about which department heads Biden would first announce. The Associated Press has reported that Biden could name his nominee for secretary of state or treasury secretary this coming week.

Biden said last week he had settled on his pick for treasury secretary.

Klain said the Trump administration’s refusal to clear the way for Biden’s team to have access to key information about agencies and federal dollars for the transition is taking its toll on planning, including the Cabinet selection process. Trump’s General Services Administration has yet to acknowledge that Biden won the election — a determination that would remove those roadblocks.

“We’re not in a position to get background checks on Cabinet nominees. And so there are definite impacts. Those impacts escalate every day,” Klain told ABC’s “This Week.”

Even some Republicans have broken with Trump in recent days and called on him to accept the results of the election.

Sen. Lamar Alexander, R-Tenn., said there was a “very good chance” Biden would be president and that Biden and his team should have access to relevant information for the transition. After a federal judge’s ruling against the Trump campaign in an election challenge in Pennsylvania on Saturday, GOP Sen. Pat Toomey of Pennsylvania said the president had “exhausted all plausible legal options” and Toomey congratulated Biden on his win.

And on Sunday, former Republican Gov. Chris Christie of New Jersey, a longtime Trump supporter, said on ABC that it was time for the president to stop contesting the outcome. Christie said Trump’s his legal team was a “national embarrassment.”

Looking ahead to the Jan. 20 inauguration, Klain said it is “definitely have to be changed” due to the coronavirus pandemic, and that the Biden team is consulting with Democratic leadership in the House and Senate over their plans.

“They’re going to try to have an inauguration that honors the importance and the symbolic meaning of the moment, but also does not result in the spread of the disease. That’s our goal,” Klain said.

President-elect Joe Biden’s winning tally is approaching a record 80 million votes as Democratic bastions continue to count ballots and the 2020 election cracks turnout records. Biden has already set a record for the highest number of votes for a winning presidential candidate, and President Donald Trump has also notched a high-water mark of the […]

Provided by Naquetta Ricks Naquetta Ricks That’s what Ricks plans to do for her district. She first ran for the Board of Regents in 2014 and for City Council before winning her statehouse seat. Nearly a fifth of Aurora residents were born in another country, according to the U.S. Census Bureau, so Ricks hopes to […]

As a socialist, I have a confession to make: Back in 2008, I was a campaign volunteer for Barack Obama. I supported him over Hillary Clinton in that year’s Democratic primary for the obvious reason — she had supported the Iraq War, and he had not — but I worked for him because I read […]