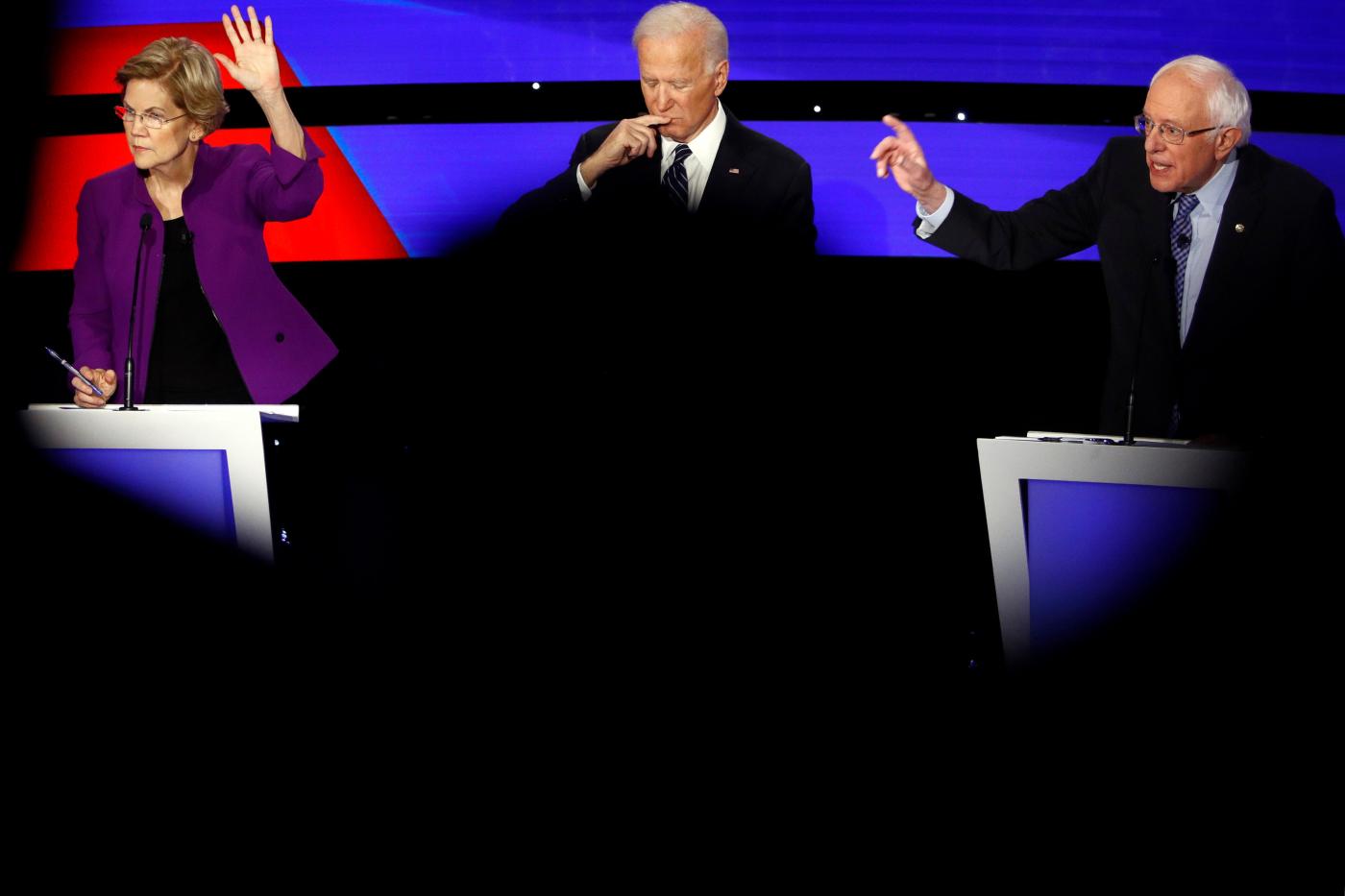 WASHINGTON — Bernie Sanders is warning that if onetime rival Joe Biden doesn’t do more to promote his policies and reach out to Latino voters, the Democratic presidential nominee is at risk of falling short to President Donald Trump this November.

Sanders, a self-described democratic socialist who left the primary race in the spring and has worked to shift Biden to the left on key issues, has made the warnings in public and private in recent days. Most recently, he went on MSNBC on Sunday to express concerns that Biden wasn’t speaking up enough about his economic proposals.

“I think Biden’s in an excellent position to win this election, but I think we have got to do more as a campaign than just go after Trump,” he said. “We also have to give people a reason to vote for Joe Biden. And Joe has some pretty strong positions on the economy, and I think we should be talking about that more than we have.”

In a Friday interview with PBS, Sanders was more blunt: “Am I here to tell you absolutely, this is a slam dunk, no chance that he will lose? That is not what I’m saying,” the Vermont senator said.

His comments follow a week when Biden campaigned with union workers in Michigan and released a tax plan focused on boosting U.S. manufacturing by punishing businesses that take jobs overseas. Biden also emphasized his economic agenda and attacked Trump for his handling of the coronavirus pandemic while the former vice president spent Labor Day with union workers in Pennsylvania.

Sanders used his MSNBC appearance to urge Biden to speak more about some of his kitchen-table economic policies: raising the minimum wage to $15 an hour, lowering prescription drug costs and expanding health insurance coverage.

Sanders said Biden’s policies are “a compromise” but that they were “pretty strong, progressive policies.”

He also encouraged Biden to focus more on Latino and young voters, groups that broadly supported Sanders during the primary. Biden has struggled to build enthusiasm among young voters, and some Democrats have expressed concerns about what they see as the campaign’s lack of outreach to Latino voters, which Sanders echoed on MSNBC.

“We got to reach out to the Latino community. You know, a lot of young people, you’ve got a lot of Latinos, African Americans who may not vote. They’re not gonna for Donald Trump, that’s for sure, but they may not vote at all,” Sanders said. “How do we bring them into the political process? How do we get them to vote?”

A Biden campaign adviser, Symone Sanders, was asked Sunday on ABC’s “This Week” whether the campaign would take Sanders’ advice.

“We know that we have work to do. And we have said from the beginning, and Vice President Biden has been very clear about this … that we are really working to earn every single vote in this country. And we want to earn the votes of the Latino and Hispanic community,” she said.

At the start of this year, Katie Sorice’s life was looking up. After some financial difficulties last year, including a period of homelessness, she had a well-paying job she enjoyed, was stashing some money away and always paying rent. Then, as the pandemic’s effects became clear, her office job was eliminated March 31. The 38-year-old […]

Trump knew it all along

In mid-March, as the enormity of the COVID-19 pandemic had become undeniable to all but the conspiracy theorists and cranks, President Trump tried to backfill his earlier downplaying of the virus by claiming, with characteristic bravado, “I’ve felt it was a pandemic long before it was called a pandemic.” “I’ve always viewed it as serious,” […]

Colorado leaders respond to the death of Ruth Bader Ginsburg

News of Supreme Court Justice Ruth Bader Ginsburg’s death on Friday was met with quick praise for her legacy by Colorado leaders, with the critical question of who will replace her — and when — mostly not addressed in initial statements from either party. “It is with a solemn heart that I pray for the […]