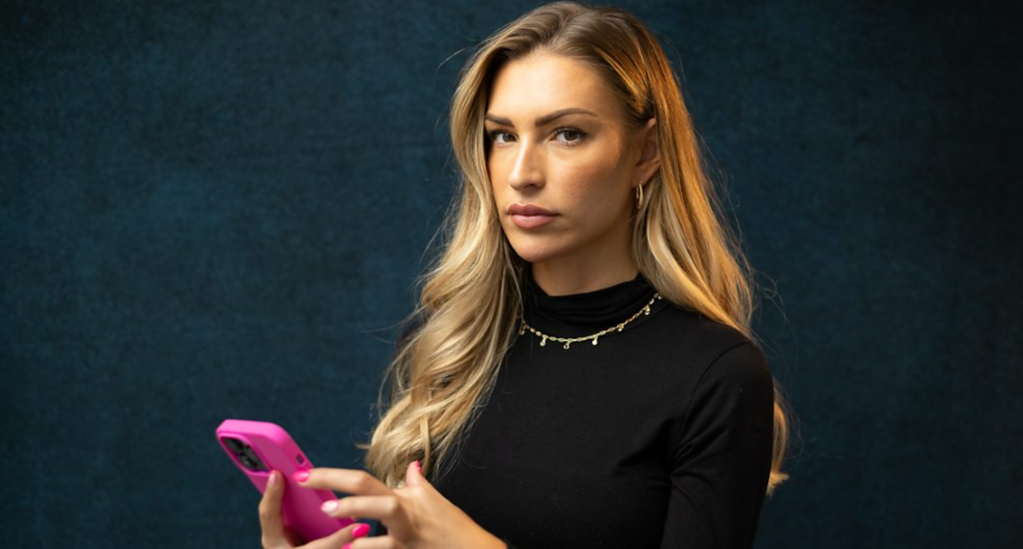 Zara McDermott admitted that she documented her three stone weight loss journey because it was what her Instagram followers requested at the time.

The TV personality, who rose to fame on the hit annual dating series Love Island showcased her impressive transformation on social media in 2020.

However her regular updates were met with criticism after her followers branded her ‘anorexic’ and said her content ‘triggered their eating disorders.

Two years later, Zara – who recently fronted BBC’s latest documentary Disordered Eating – acknowledges how ‘triggering’ her previous posts were and the impact it would have had on her followers.

Speaking about the backlash, Zara told Metro.co.uk: ‘At that point, I felt like I couldn’t really listen because I was just trolled about how I looked, and I wasn’t fitting that in that body type so I was like “let me change.”

‘So I embarked on that journey and people were then saying “you’re triggering me,” and I just didn’t want to hear it back in 2020, because I couldn’t please anyone and people still weren’t happy with me.’

‘Now I’m nearly 26 I look back on those few years and was like I should have looked at how my content would impact somebody else, but at the time I was too naive and I didn’t want to hear that at that point.’

In her new BBC Three documentary, the Made In Chelsea star reflects on the previous controversy and explores the complex world of diet culture, and how being in the spotlight affected her following her 2018 stint on Love Island.

Zara explained that she understands the impact her previous fitness content made on her followers (Picture: WireImage)

‘A lot of people say to me “did Love Island cause you to feel [insecure about appearance] that way, and it wasn’t Love Island itself,’ she said.

‘I had an amazing experience on that show, I would never go back and not do it.

‘It’s being thrust into the spotlight, and I was young and new to it all, and when to block it out and respond to people.

‘I think I kind of fuelled some of it by responding to people, I still do it now which is a bad trait but it’s hard to ignore. I wish my experience was more positive, but I think I was especially a target for that.’

If you suspect you, …read more

When are the next London bus strikes? November and December 2022 dates

The strikes will cause chaos in the run-up to Christmas (Picture: George Cracknell Wright / LNP) There is set to be more misery for those trying to travel this month as more strikes hit the transport network. From rail workers to local waste collectors and barristers, many different unions have gone on strike at different […]

I write services and conduct weddings, funerals and baby naming ceremonies, as well as vow renewals and memorials (Picture: Hayley Cartwight) When I was asked to write about how my role in Coronation Street inspired me to become a real life celebrant, I hadn’t a clue how to start so, as Julie Andrews sang, ‘let’s […]

Wounded are carried away from the scene where a missile hit a building in Kyiv (Picture: Twitter) A barrage of missile strikes across Ukraine has killed several people – including a baby – and left large areas without power and water. Multiple regions reported Russian attacks in quick succession and widespread damage to critical infrastructure. […]