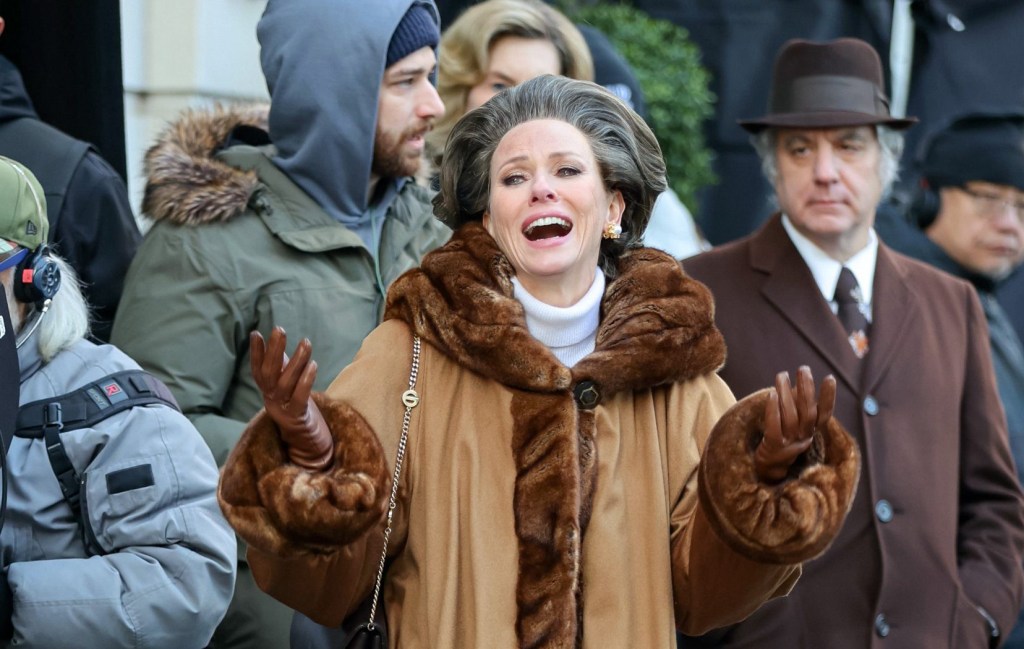 An Oscar-winning actress and star of classic films like Mulholland Drive looked totally unrecognisable on the set of drama Feud.

The icon in question swapped her usual sleek blonde bob for a greying bouffant, styled out with pearl earrings.

She also sported a white polo neck, wide-legged brown trousers and black platform shoes paired with what looks like a Chanel bag.

Can you guess who the Hollywood actress is?

It’s Naomi Watts, looking worlds away from herself on the New York set of Ryan Murphy’s drama, filming scenes for season 2.

Naomi Watts transformed herself for the role in Feud (Picture: Getty Images)

The first season of Feud followed the feud between Bette Davis (Susan Sarandon) and Joan Crawford (Jessica Lange), including their battles during the filming of What Ever Happened To Baby Jane?.

This is how pregnancy and childbirth can affect your hair

Pregnancy and childbirth can cause your hair to change drastically (Picture: Getty Images) Pregnancy has been kind to Love Island star Molly-Mae Hague who took to YouTube last week to show viewers just how long, thick and healthy her hair is at the moment. She told viewers that her natural hair has ‘got a lot […]

Malo Gusto is set for a summer switch to Stamford Bridge (Picture: Getty Images) Chelsea have agreed yet another signing this month, although the Lyon full-back Malo Gusto will not be making teh move to west London until the summer. The Athletic report that ‘an agreement in principle’ has been reached between the Premier League […]