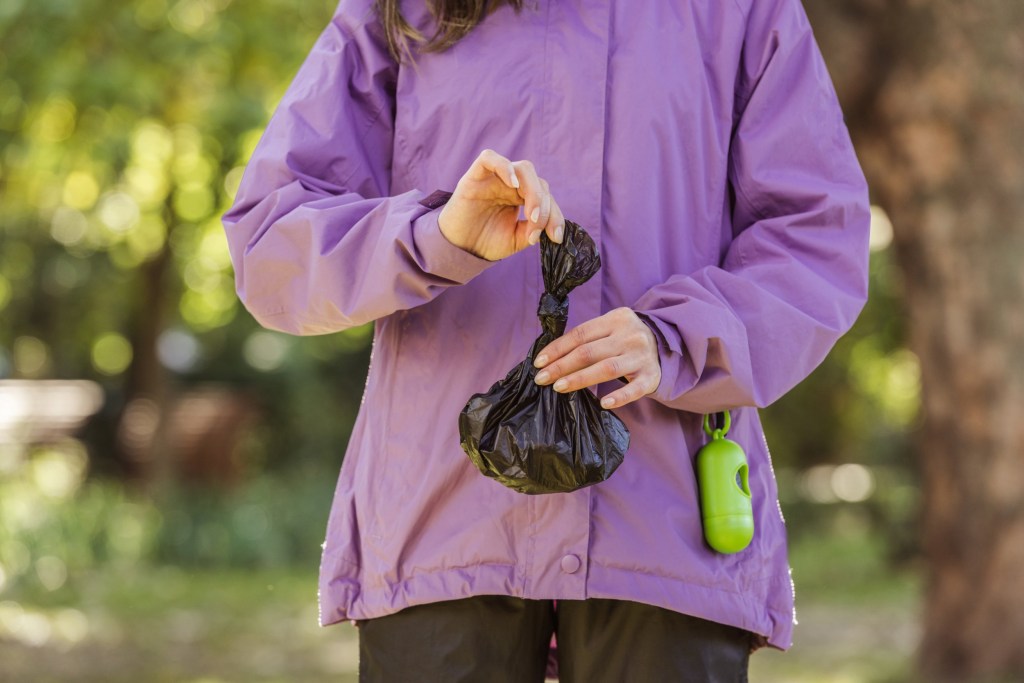 If you pay the fine within seven days, it would be reduced to £60 (Picture: Shutterstock)

You could soon be forced to fork out £100 if you are caught walking your dog without a poo bag in certain parts of London.

New ‘stop and search’ powers given to Hammersmith and Fulham Council, in west London, mean dog walkers could soon be asked to show they have something to pick up their pet’s poo with.

The council is running a consultation on the potential legislation until January.

The new rules would also limit one person to only walking four dogs at a time, and introduce exclusion areas in playgrounds and sports courts.

On top of this, council officers would be given the power to order the use of leads in places like cemeteries.

Fines could be handed out if an officer feels a dog is acting too aggressively.

Those charged would be given 14 days to pay the fee but the amount would be reduced to £60 if paid within a week.

People would also be limited to walking four dogs at a time (Picture: Alamy)

Joanne King, 42, who has been walking dogs professionally for the last six years across the river in Barnes, said: ‘It’s a hard one because London is overpopulated with dogs since Covid.

‘Where I walk is generally a public place but it is mainly dog walkers that go there so I don’t feel like something like that would impact here.

‘But I can understand that in smaller parks it can be quite intimidating for people who are not used to large groups of dogs being around.

‘I do think people should at least have poo bags on them.

‘I am a dog walker, I obviously do carry them. I see so many people that don’t pick up and people I see who have not got a bag.

‘It is shocking how many people have their headphones on or are riding a bike and they are way out in front and their dog is taking a crap way back.

‘As a law I think it’s going to be a hard one to get policed or even enforce it. People could easily just carry a couple of bags and not pick it up.’

Milo Royds, 30, has been a professional dog walker in Hammersmith for eight years. He said it was ‘a bit over the top’ that walkers could be fined for not carrying a poo bag, adding: ‘There are some times when you just forget to bring a bag out.

‘The only thing I worry about is that when these orders come in, then more come in later in time and we become like Australia where dogs are not allowed in parks.

‘When people have the authority to say get your dog on a lead because it’s acting aggressively, what is …read more

The ex-footballer claims players should ‘respect’ Qatar’s archaic laws (Pictures: ITV / Getty) Former footballer John Fashanu made an excruciating appearance on Good Morning Britain on Thursday in which he blasted the World Cup protests and claimed it was ‘culturally inappropriate’ to wear a ‘OneLove’ armband. FIFA’s decision to host the tournament in Qatar – […]

It’s a drab rainy morning, but you wouldn’t know that at MAC Cosmetics’ Carnaby Street store. A drag queen, charity workers, influencers, and members of the LGBTQ+ community have gathered for our photoshoot in joyful and vibrant energy – all in the name of lipstick. MAC launched its three Viva Glam lipsticks back in 1994. […]