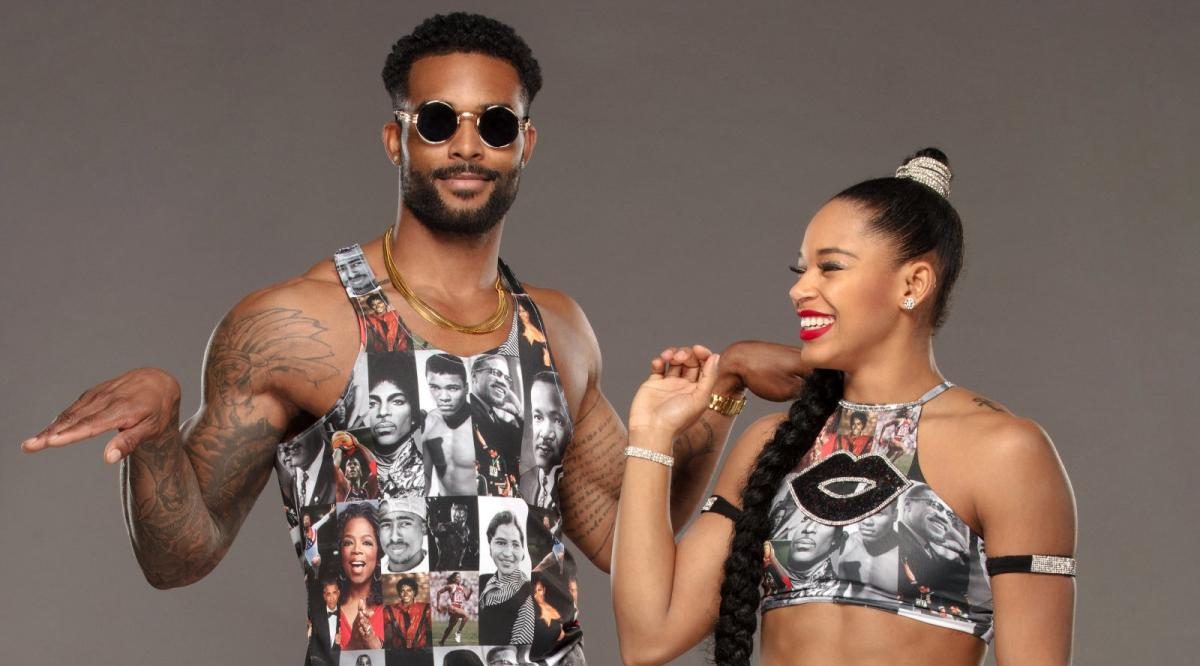 As WWE reflects on its flagship show’s 30th anniversary, they say anything can happen in wrestling and the Street Profits superstar proved that to be true as he’s admitted getting a bit, erm, excited in the ring.

Montez, who is married to fellow wrestler Bianca Belair, didn’t seem shy as he revealed he couldn’t help himself as he stood in front of a live crowd and saw a video package hyping up the so-called EST.

Asked if he’d ever had an awkward erection while wrestling, he told Watch What Happens Live host Andy Cohen: ‘Yes! They were showing a package one time with my wife right before my match, and that’s when it happened.’

Bianca didn’t seem too fussed and Andy himself joked it was the ‘best answer’.

During a no holds barred, quickfire round of questions, Montez – who has held tag team gold with his partner Angelo Dawkins – also got asked what he wears under his wrestling gear.

‘Nothing. Nothing. I go full commando,’ he deadpanned. ‘I feel like I can breathe and express myself more to the WWE Universe and the world.’

The loved up couple were also quizzed on whether they’d ever faced the call of nature in the ring and accidentally let out a bit of wee.

The current Raw Women’s Champion answered this one, and laughed: ‘It actually happens a lot! My very first time, I was doing a leg drop and I was like, “Everything is not for everybody, I would never do a leg drop again!” ‘

In turns out the body and bodily functions were a big part of the quickfire round, with Andy also bringing up the idea of passing wind during a match.

‘All the time! In gorilla, before you walk out for your entrance, the nerves and everything! You let a little poo out and walk out,’ he quipped, while Bianca laughed and referenced the Bee Gees (‘bubble guts’).

Well, there you have it.

And football fans can indulge in all the transfer …read more

Ezra Miller has rarely been out of the headlines over the last few years (Picture: Getty) DC Comics bosses have addressed Ezra Miller’s future ahead of the upcoming release of the Flash. The 30-year-old has found themselves at the center of various legal issues, and most recently reportedly pleaded guilty to a trespassing charge in […]

To view this video please enable JavaScript, and consider upgrading to a web browser that supports HTML5 video A first look at Lily Allen as she makes her TV debut in Sharon Horgan’s upcoming comedy Dreamland has proven to be just as hilarious as we expected. The LDN singer, 37, who scored three number one […]

Manchester United boss Erik ten Hag (Picture: Getty) Manchester United have received more than ten offers for Anthony Elanga ahead of the transfer deadline, while Inter Milan have contacted the Old Trafford club about a deal for Victor Lindelof. Elanga, who has been at United since the age of 12, has only started five Premier […]