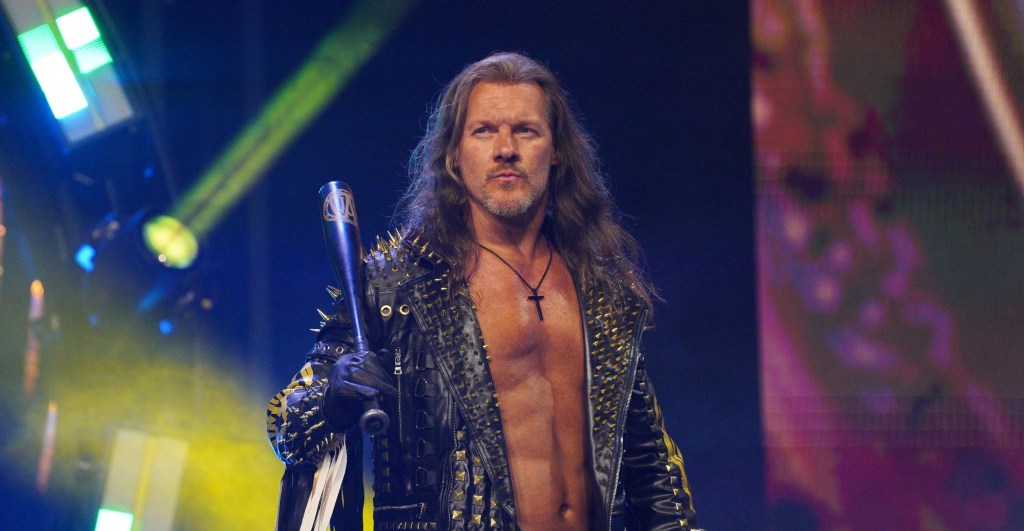 Chris Jericho thinks he may have been abducted by aliens (Picture: AEW)

WWE and AEW legend Chris Jericho is a believer in the supernatural and he thinks there’s a chance he was once abducted by aliens.

The All Elite Wrestling star, who signed with Tony Khan’s rival promotion in 2019 after an illustrious career in WWE, has recalled a moment when he lost hours of his life with no explanation.

Speaking to  Howie Mandel on Howie Does Stuff, he said: ‘I’ve had time displacement. It’s when you can’t account for a certain stretch of time. It’s when you get, like, abducted.

‘I was driving home on a country road and it should have taken me about an hour to get home, and instead of getting home at 2am, I got home at 5pm,. I still don’t know what happened. I don’t know.

‘I wasn’t drinking, I wasn’t doing drugs or anything. There is just a big chunk of time missing. I should probably go to a hypnotist and see what happened, if there was any abduction. I’ve had time displacement.’

And his potential encounter with extra-terrestrials isn’t the only supernatural experience the current Ring of Honor champion has come across.

Did Jericho really have a close encounter? (Picture: Getty Images/iStockphoto)

He reflected on his time working on Chris Jericho: Hunting Monsters for the Travel Channel, when he visited the Louisiana Bayou in search of the appropriately named Louisiana Werewolf.

‘When we were there, there was a voodoo priest who put a curse on a town in the 20s. When she put a curse on the town, this is real, a hurricane came and killed 50 people,’ he said.

‘They have a mass grave in the middle of the swamp. We were out there and I had a machete, I was cutting through the swamp and we got to the mass burial ground. I put the machete in the ground.’

He was with ghost hunters who would ‘scan you’ with lights supposedly indicating if ‘something is attached to you’, and he revealed their scanner was going ‘full-on Defcon green’ on his arm.

Jericho – who was recently revealed as Bride on the Masked Singer US – was a little sceptical and asked to use the machine itself, but he insisted it was still ‘blinking’.

‘Then I started feeling queasy, like I had been on a rollercoaster. “This is f***ing not good. I have to get out of here, this is really bad”. I pulled the machete out of the ground and it went away,’ he added.

‘I’m wondering if maybe when I put that machete in the ground, it made somebody mad that was buried there. I felt some weird s**t going on in my body.’

The 52-year-old wrestler spoke to a Shaman who said people will ‘get spirits attached to you and you have to be cleansed’.

Dr Anthony Fauci in his final briefing as the nation’s top infectious disease expert was hit with questions on the origins of the coronavirus. Fauci, 81, who is retiring as director of the National Institute of Allergy and Infectious Diseases (NIAID) next month, delivered his final message after 54 years of public service. ‘My message – […]

Doctors spoilers: Scarlett fired over sad accident as Princess is on the warpath?

Things aren’t looking too good for Scarlett (Picture: BBC) It’s the sort of thing that could happen to anyone. In a desperate attempt to make ends meet, Doctors’ Scarlett (Kia Pegg) has been working overtime at the warehouse this week. As a result, she falls asleep in the Medical Surveillance Unit. This isn’t such a […]

To view this video please enable JavaScript, and consider upgrading to a web browser that supports HTML5 video Since the arrival of baby Esther in Emmerdale, Samson (Sam Hall) has remained adamant that he wants nothing to do with his child, much to the disappointment of Sam (James Hooton) and Lydia (Karen Blick). However, this […]